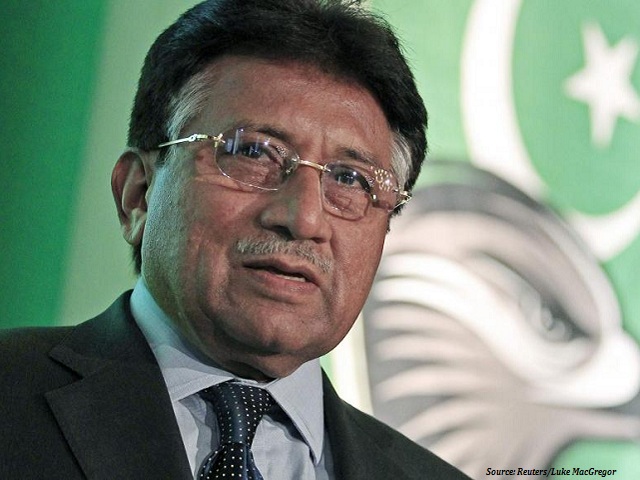 The Lahore High Court declared Pervez Musharraf's death penalty as "unconstitutional" and annulled the decision of the special tribunal on January 13, 2020.

The judgement was delivered by a three-judge bench of the High Court comprising Justices Syed Mazahar Ali Akbar Naqvi, Mohammad Ameer Bhatti and Chaudhry Masood Jahangir. The bench unanimously declared all actions right from the initiation of the complaint to the special court’s final ruling against Musharraf as "unconstitutional".

This was announced by the Additional Attorney General of Pakistan, Ishtiaq A Khan. The move brings a huge relief to the former Pakistani President, who is currently on a self-imposed exile. The retired army general said in an audio statement that he is very happy that the judgement of the top court is as per the law and Constitution.

• The three-member Lahore HC bench unanimously declared the formation of the special court and its ruling against Musharraf as "unconstitutional". The court also ruled that the high treason case was not prepared as per the law.

• The Attorney General Khan had argued before the top court that the special tribunal had been formed to hear the case without prior approval of the Cabinet.

• The Lahore High Court in its verdict ruled that Article 6 of the Constitution was modified through the 18th Amendment in 2010, while the case against Musharraf concerned with events that had taken place before that.

The ruling came in response to a petition filed by Musharraf challenging the formation of the special court to hear the high treason case against him. The Lahore HC judge, Justice Naqvi had directed the federal government on January 10, 2020 to submit the order on the formation of the special court and had directed the government's lawyer to present the arguments on January 13.

Former Pakistani President, Pervez Musharraf, in his petition, had asked the court to set aside the special court's verdict for being illegal, without jurisdiction and unconstitutional. He had also sought suspension of the verdict till a decision on his petition was made.

The special court had ordered that the corpse of the former military ruler should be dragged to the parliament and hung there for three days if he dies before his execution. The ruling came after six years, as the trial against the retired Military General was pending since 2013.

The death penalty ruling had angered both the current Imran Khan-led Pakistani government and the Pakistani Army, which called the judgement to be against all human, religious and civilisational values.

The spokesperson of the Pakistani Army, Maj Gen Asif Ghafoor, defended Musharraf by saying that an ex-Army Chief who served the country for over 40 years and fought wars can surely never be a traitor.

The Pakistani Government, on the other hand, said that it will move the Supreme Judicial Council to unseat the "mentally unfit" head of the special court.

Pervez Musharraf is the first military ruler to be convicted for subverting the Constitution. However, he is not the first Army Chief to do so, as three former Pakistan Army chiefs including Gen Ayub Khan, Gen Yahya Khan and Gen Zia-ul-Haq had previously gone against the Pakistani constitution but they never faced any court.

The Nawaz Sharif-led PML-N government had filed the high treason case against Musharraf in 2013 over the imposition of the extra-constitutional emergency in November 2007. The emergency had led to the confinement of several senior judges in their houses and the sacking of over 100 judges. Musharraf had ruled Pakistan from 1999 to 2008.

He had resigned in August 2008, after facing the threat of impeachment and went into a self-imposed exit till 2013, when he returned to Pakistan to contest in the elections. However, he was disqualified from leading his party in the elections and the high treason case was filed against him. Following this, he again went into an exile.