The Prime Minister stated that the impact of coronavirus will remain visible in the coming months and masks and face covers will be a part of daily life.

While highlighting that the danger of coronavirus is far from over, PM Modi stated that India has to give importance to the economy as well. 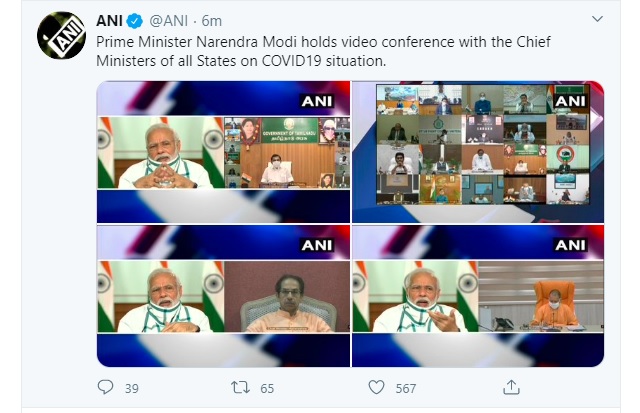 • The Prime Minister highlighted during the virtual meeting with the state Chief Ministers that the situation in many countries including India was almost similar at the beginning of March. However, India has been able to protect many people due to timely measures. 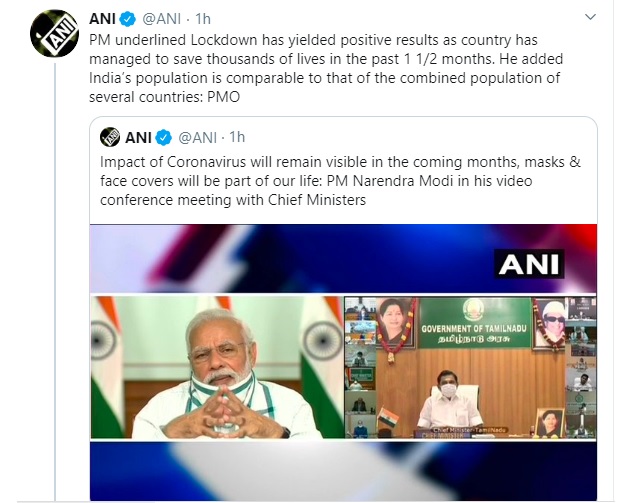 • The Prime Minister then highlighted the importance of economy amid India's long battle against COVID-19 pandemic. He emphasised on the importance of the use of technology as much as possible and to utilise time to embrace the reform measures to adjust to the current situation.

• PM Modi emphasized on the important of ensuring that more and more people are downloading the Aarogya Setu app to boost the nation's efforts in the battle against coronavirus. 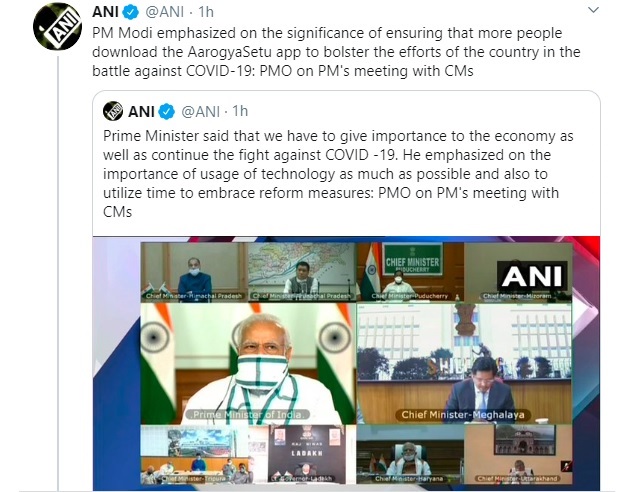 • He further highlighted the positive results of India's lockdown, as the nation has managed to save thousands of lives in the past one and a half months. The Prime Minister highlighted that India's population is comparable to that of the combined population of several countries.

• PM Modi urged the Chief Ministers to weigh in the weather changes such as the advent of summer and monsoon and the illnesses that can potentially come with the changes in the season, while strategizing ahead. He also highlighted the importance of enforcing strict guidelines by the states in hotspot areas or the red zones.

• The Prime Minister also stated that the states should be focused on converting the red zones into orange and thereafter to green zones.

• On the issue of getting back the Indians who are stuck in foreign countries, PM Modi said that this has to be done keeping in mind the fact that they are not inconveniences or their families are not under any risk.

• While speaking during the virtual conference with the Prime Minister, the Chief Ministers highlighted the efforts taken by their governments to contain the spread of coronavirus.

• The Chief Ministers underlined the need to keep a close vigil on international borders and on addressing the economic challenges brought about by the lockdown and on the need to boost health infrastructure.

• The CMs expressed gratitude towards the medical staff and police force for the exemplary work done by them in the nation's fight against COVID-19.

• Most of the CMs thought, especially given how cases are increasing, that there should be cautious approach and the PM should take a call based on the observation of the Chief Ministers, said Puducherry CM V Narayanasamy.

• V Narayanasamy continued by saying that most of the BJP-ruled states' CMs requested that the lockdown should be extended beyond May 3rd and economic activities should be started slowly. 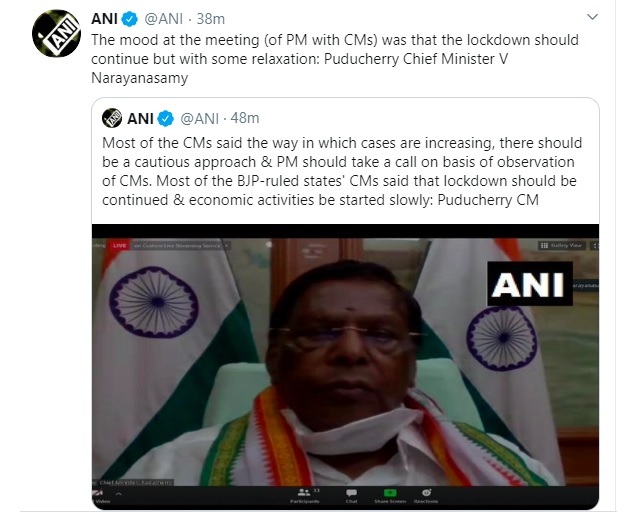 • Meghalaya CM Conrad Sangma suggested that the lockdown should be continued post May 3rd with relaxation on activities in Green Zones affected districts in Meghalaya.

During his April 11 interaction, the Prime Minister had sought views of the state governments on various aspects including whether more services need to be exempted from the lockdown restrictions. PM Modi had also pitched for a "staggered" exit from the lockdown. He had also thanked the states for working together as a team to check the spread of COVID-19.