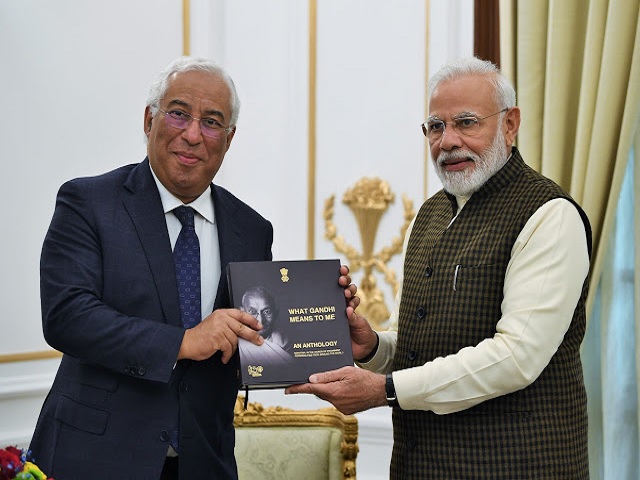 Portugal Prime Minister Antonio Costa said that first year’s prize will be dedicated to animal welfare as Mahatma Gandhi always said that the greatness of any country can be evaluated by the way animals are treated. He said that Mahatma Gandhi's message of peace and tolerance is still capable of bringing revolutionary change.

President Ramnath Kovind said that there is a sense of respect and reverence for Mahatma Gandhi all over the world, because the world understands that his vision of peace, equality, and non-violence is more relevant today. The President said that the thoughts of Mahatma Gandhi can show the right path on issues like stress and conflict and climate crisis.

India and Portugal have seen many ups and downs in their bilateral relations. It was started with India’s freedom in 1947 but there was a sudden decline in 1950 due to the issue of Goa, Daman, and Diu. Both the countries cut off their diplomatic relations in 1955 and it further declined as Portugal refused to recognize Indian sovereignty.

In 1974, India and Portugal started their diplomatic relations with a new government in Portugal. However, trade relations grew in 1991 as both countries agreed over overseas export of various products from India like carpets, gems, leathers, footwear, coffee, tea, and textiles.