The Pradhan Mantri Rashtriya Bal Puraskar 2021 was awarded to 32 children with exceptional abilities and outstanding accomplishments in the fields of scholastic, innovation, arts & culture, sports, social service and bravery. 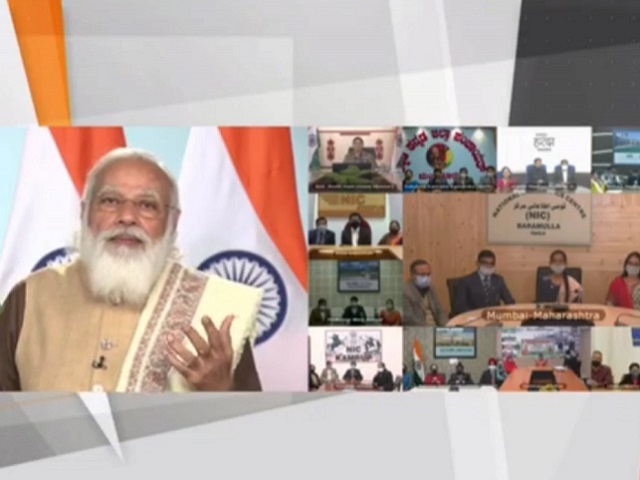 The Government of India has awarded the Pradhan Mantri Rashtriya Bal Puraskar to 32 children with exceptional abilities and outstanding accomplishments in the fields of scholastic, innovation, arts & culture, sports, social service and bravery.

The children belong to 32 districts from 21 states and union territories. Among the awards, 7 were conferred in the field of Art & Culture, 9 were given for Innovation and 5 for scholastic achievements.

Besides this, 7 awards were given to the children in the Sports category, 3 were given for Bravery and one child was honoured for her efforts in the field of Social Service.

President Ram Nath Kovind in his message to the young achievers said that “I am hopeful that Pradhan Mantri Rashtriya Bal Puraskar, 2021 would not only motivate the winners but will also encourage millions of other young children to dream, aspire and stretch their limits."

Prime Minister Narendra Modi also congratulated the Pradhan Mantri Rashtriya Bal Puraskar awardees and praised their extraordinary talent, especially for what they achieved during the tough times of COVID-19 during his virtual interaction with all the awardees today.

The Prime Minister highlighted that the award is an example of how big and effective results can come from small ideas when they are associated with the right actions.

He further asserted that the success of the awardee kids has inspired many people including other children in the country, who are watching and listening to the Bal Puraskar awardees today.

He further emphasised that when you work for the country, its magnitude increases in size and it also changes the way of thinking, which gets equally magnified. PM Modi said that the achievements should come with enhanced modesty and winners should never get complacent about their achievements.

I continued training during pandemic. I will be climbing Mt Denali in North America later this year. Currently, I am training for my next climb in Gulmarg: Kaamya Kartikeyan, PMRBP awardee (Sports) during interaction with PM