During his visit to Udaipur, Modi also laid the foundation stone of national highway projects worth around Rs 15000 crore in the state. 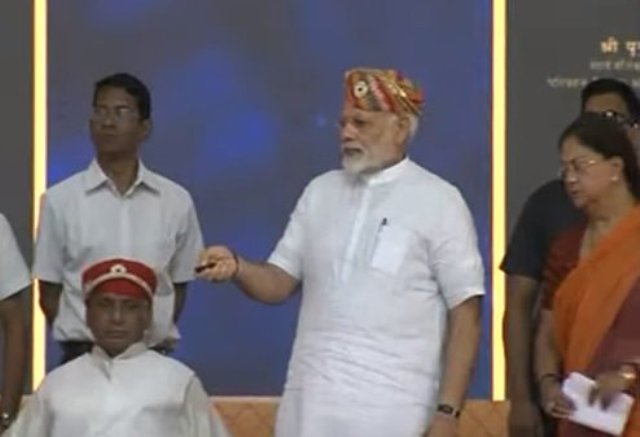 During his visit to Udaipur, Modi also laid the foundation stone of national highway projects including the Jaipur Ring Road. The total outlay on these projects is estimated to be over Rs 15000 crore.

Speaking on the occasion, Prime Minister Narendra Modi said, Centre is standing shoulder to shoulder with the people of Rajasthan who are battling the floods. He assured all possible support in this connection. The Prime Minister said the number of projects being inaugurated today is a matter of joy for the people of Rajasthan. He said some of the projects being inaugurated today were pending for years. Modi said the focus of his government is a timely completion of projects.

During the day-long visit, the Prime Minister will also visit the Pratap Gaurav Kendra to pay his respects to Maharana Pratap. The Kendra provides information through various exhibits, about the life, valour and achievements of Maharana Pratap. In addition, Modi will also address a public meeting.