On February 14, 2019 a convoy of CRPF jawans was ambushed by an explosives-laden SUV on the Srinagar-Jammu highway. 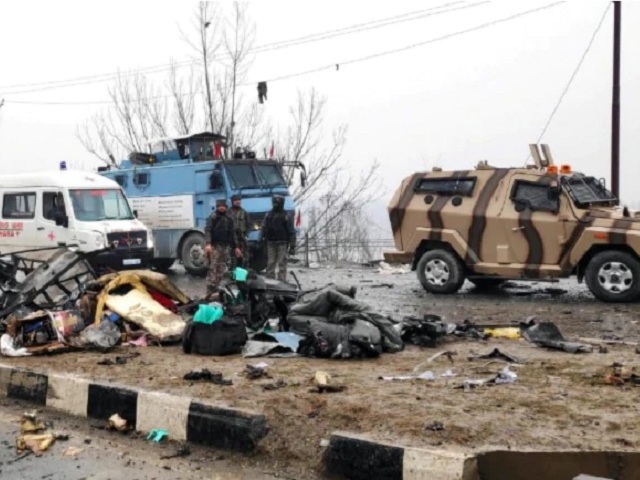 Exactly one year has passed since the deadly terror attack in Pulwama that killed 44 CRPF jawans on February 14, 2019. On the day, a convoy of Central Reserve Police Force (CRPF) jawans was ambushed by an explosives-laden SUV on the Srinagar-Jammu highway. It was one of the worst terror attacks in Jammu and Kashmir in years.

President Ram Nath Kovind paid tribute to the Pulwama attack martyrs by saluting their supreme sacrifice and reaffirming India’s resolve to defeat and eliminate terrorism in all its forms & manifestations.

Prime Minister Narendra Modi also tweeted saying that the Pulwama attack martyrs were exceptional individuals who devoted their lives to serving and protecting our nation. “India will never forget their martyrdom.”

A memorial to remember the 40 Pulwama attack martyrs was inaugurated at the Lethpora camp on February 14, 2020. According to the Additional Director General of CRPF Zulfiqar Hasan, the memorial is a way to pay homage to all the brave jawans who lost their lives in the deadly terror attack. The memorial has the names and pictures of all the 40 CRPF personnel along with the CRPF motto- ‘Seva and Nishtha’ (Service and Loyalty). 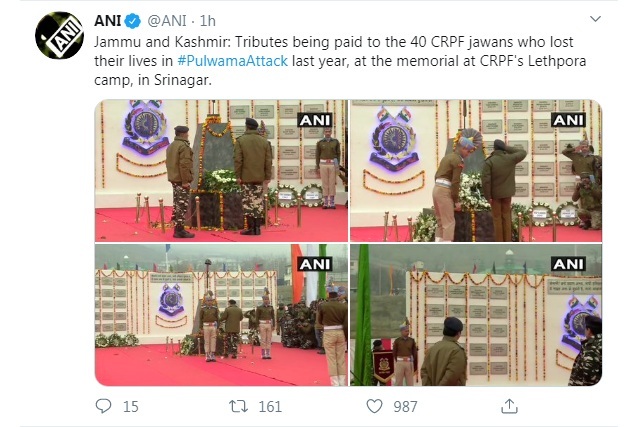 Umesh Gopinath Jadhav is the special guest at the ceremony. Jadhav had taken a 61000 km long journey across the nation to meet the families of all the 40 Jawans who lost their lives during the attack. He had collected the soil from their houses and cremation grounds. The soil will be placed at the memorial at CRPF's Lethpora camp. 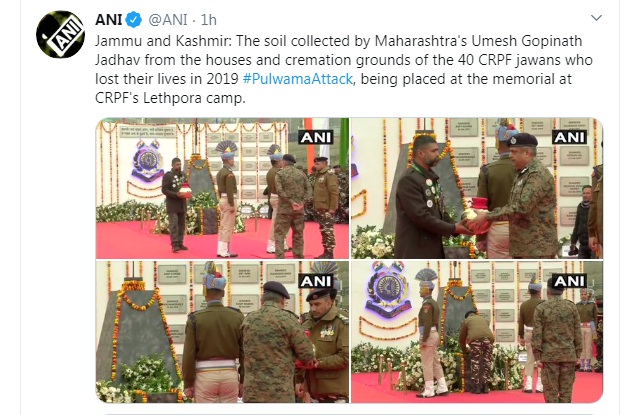 Union Home Minister Amit Shah also paid his homage to the brave jawans stating that India will forever be grateful to them and their families who made supreme sacrifice for sovereignty and integrity.

Defence minister Rajnath Singh also tweeted saying that India will never forget the sacrifice of the fallen CRPF personnel. He also stated that the entire nation stands united against terrorism.

Pulwama Attack: Everything you need to know!

• Twelve Mirage 2000 jets of the Indian Air Force crossed the line of control on February 26, 2020 and dropped bombs on the Jaish-e-Mohammed training camp, killing hundreds of terrorists.

• Pakistan retaliated by sending its warplanes on February 27 and in the ensuing aerial dogfight between Indian and Pakistani jets, Pakistan shot down Indian fighter jet piloted by Wing Commander Abhinandan Varthaman.

• Wing Commander Abhinandan Varthaman was captured by the Pakistani military and held captive as a prisoner of war. After intense diplomatic pressure, Pakistan decided to release him as a ‘gesture of peace’.

• The Wing Commander was released by Pakistan at the India-Pakistan border at Wagah on March 1, 2019. He was presented with the Vir Chakra gallantry award in August 2019.