Dhyan Chand was legendary hockey player of India. He had scored more than 400 goals in his career. 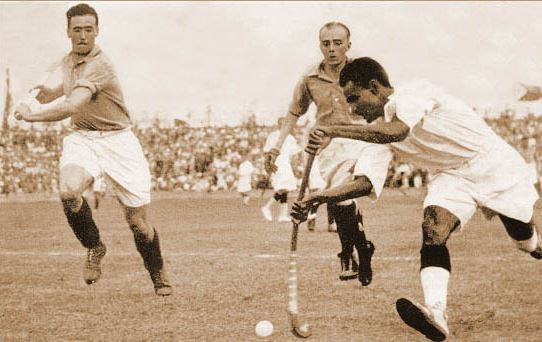 Dhyan Chand (with the ball) in the 1936 Olympic semi-finals. (Image: wikipedia)

Today is the 115th birth anniversary of Dhyan Chand, he is popularly known as the magician of hockey. Dhyan Chand's birthday is celebrated as National Sports Day in India.

Dhyan Chand had scored more than 400 goals in his career and won gold medals for India at 1928, 1932 and 1936 Olympics. Every year, President of India confers the National Sports Awards on the National Sports Day to celebrate the achievements of Indian athletes. Major Dhyan Chand Award is the top award in sports in India.

Also Read| Fit India Movement to be launched on National Sports Day: All you need to know about it