Lake Baikal, the world’s deepest lake is undergoing its gravest crisis in recent history, according to experts. Holding one-fifth of the world's unfrozen fresh water, the lake situated in Russia's Siberia region is a natural wonder of exceptional value to evolutionary science. 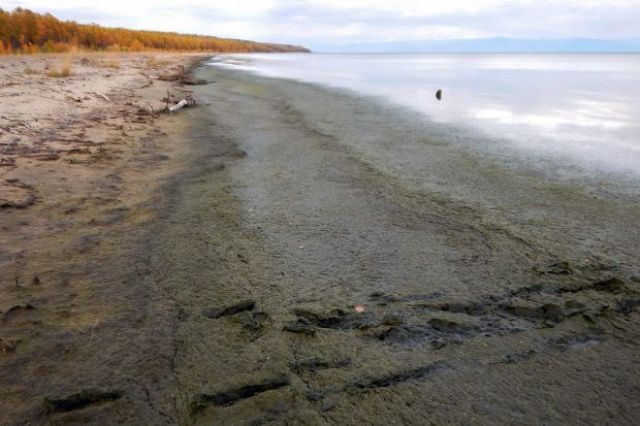 Lake Baikal, the world’s deepest lake is undergoing its gravest crisis in recent history, according to experts.

Holding one-fifth of the world's unfrozen fresh water, the lake situated in Russia's Siberia region is a natural wonder of exceptional value to evolutionary science. It is even listed as a World Heritage Site by UNESCO.

The lake’s rich biodiversity includes over 3,600 plant and animal species, most of which are endemic to the lake. Since the past few years, the lake, which is a major international tourist attraction, has been crippled by a series of damaging phenomena such as disappearance of the omul fish, rapid growth of putrid algae and the death of endemic species of sponges across its vast 3.2 million-hectare area.

• Omul is a species of fish that belongs to the salmon family, which is only found in Baikal.

• In October 2017, the Russian government introduced a ban on all commercial fishing of omul, fearing irreversible consequences for its population.

• The total biomass of omul fish in the lake has nearly become half since 15 years ago, from 25 million tonnes to just 10 million.

• The vast decrease according to experts is likely to be a result of uncontrollable fish poaching, with extra pressure coming from the climate.

• UNESCO recently noted with concern that the ecosystem of the lake is reported to be under significant stress and a decrease in fish stocks is just one observable effect.

• The Baikal omul, a well-known speciality, was for centuries the main local source of food, especially important since the region has no farming.

• The algae have expanded to become thick mats of rotting Spirogyra algae that are spread across the pristine sandy beaches of the lake.

• According to scientists, this is an indicator that the lake can no longer absorb human pollution without consequence.

• The development is supposed to be a consequence of wastewater runoff from towns without proper sewage treatment.

The lake, which is 1,700 metres (5,580 feet) deep, and its tourism is a major provider of livelihood for many of the residents living in the area.