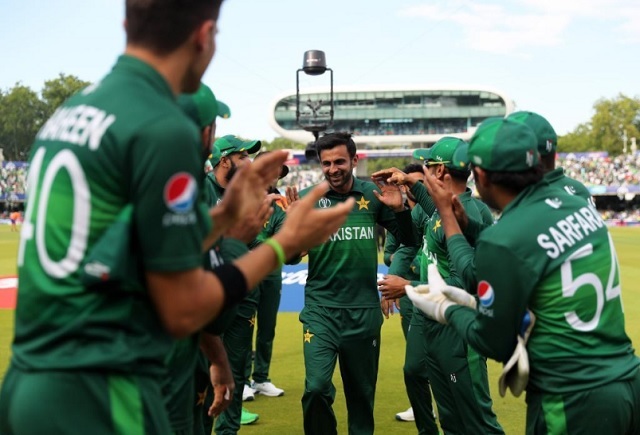 Shoaib Malik said that his retirment from ODIs will allow him to spend more time with his family and focus on the T20 format. He added saying, “I am sad I am leaving this format of cricket that I once loved but happy that I would have more time to spend with my family.This will also allow me to focus on the T20s."

Shoaib Malik also took to his twitter page to thank all the players, coaches, friends, media, family and fans for the support he recieved in his playing career, which spanned for almost two decades, 20 years. "Today I retire from One Day International cricket. Huge Thank you to all the players I have played with, coaches I have trained under, family, friends, media, and sponsors. Most importantly my fans, I love you all," Malik tweeted. 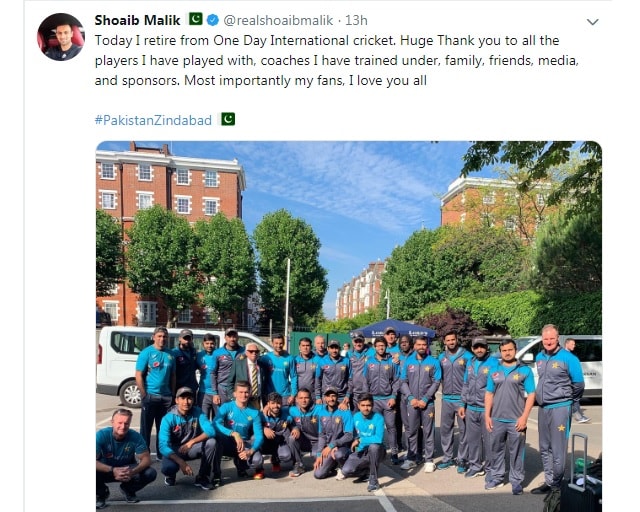 Post his announcement, many fellow cricketers and his wife Sania Mirza took to twitter to congratulate him.

Shoaib Malik made his debut in One Day International (ODI) cricket in October 1999 against West Indies and his test debut in 2001 against Bangladesh.
Shoaib Malik announced his retirment from Test Cricket on November 3, 2015. He had said then that he wanted to focus on the 2019 Cricket World Cup.

Overall, Shoaib Malik has played 285 ODI matches and scored a total of 7,534 runs, includig 9 centuries and 44 half centuries. Malik’s top score in ODI was 143.