Businessman Nirav Modi has been declared as a fugitive economic offender by the court of Prevention of Money Laundering Act (PMLA). 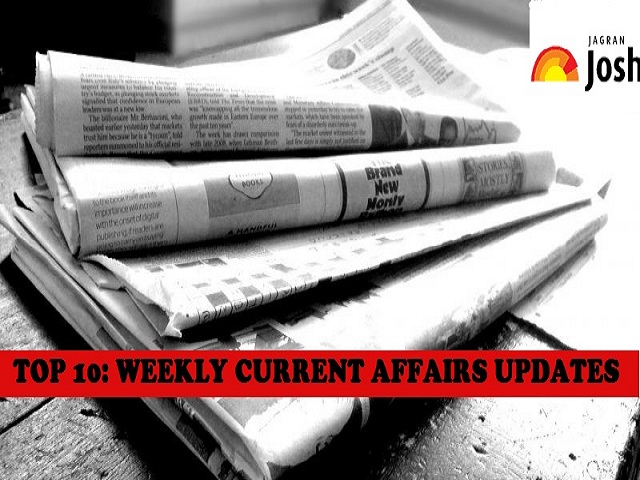 Women help desks to be set from the Nirbhaya Fund: MHA

Businessman Nirav Modi has been declared as a fugitive economic offender by the court of Prevention of Money Laundering Act (PMLA). Nirav Modi is the main accused in the bank fraud of Rs 13,570 crore suffered by the Punjab National Bank (PNB). Modi is the second businessman after Vijay Mallya to be declared as an offender.

Disinvestment of 33 CPSEs: Air India, BPCL, 31 others get strategic disinvestment

Government approves the strategic disinvestment of 33 Central Public Sector Enterprises (CPSEs). The Central Government will carry out the disinvestment by selling its majority stake in the unit and transferring the entire management control to the investor.

The Special Protection Group (Amendment) Bill, 2019 was passed by the Indian Parliament on December 4, 2019. The Bill provides security to the Indian Prime Minister and members of his family. Under the Bill, the security will be extended to only those family members who reside with the PM at the Prime Minister’s house. The Bill also provides protection to the former PMs and their immediate families.

MPs give up food subsidy at Parliament Canteen

To save around Rs 15 crore of Central Government annually, the Members of Parliament (MPs) unanimously decided to abolish the subsidy on food that they used to enjoy while having food at the canteen of Parliament. The decision came after the Business Advisory Committee recommended for the same.

Sundar Pichai, the CEO of Google was appointed as the CEO of Alphabet Inc, the parent company of Google. Pichai's appointment came after the Google co-founders Larry Page and Sergey Brin resigned from their respective positions. Page and Brin will continue to serve as the Board of Directors of Alphabet.

The Union Cabinet approved the Citizenship (Amendment) Bill 2019 for its introduction for passage in the Parliament. The Bill provides seeks to provide the Indian citizenship to minority communities of Pakistan, Bangladesh and Afghanistan. The Bill covers six minorities including Hindu, Sikh, Jain, Christian, Buddhist and Parsi.

India recently became the first nation to digitise the entire process of Haj pilgrimage. The newly-launched digital system includes services such as Haj mobile app, e-visa service, e-messiah health facility and information on stay. All the Haj Group organizers have been linked to this digital system.

Who are the Uyghurs? What is Uyghur Human Rights Policy Act?

The United States recently passed a bill to address the captivity of 1,000,000 Uyghurs in China along with the ethnic Muslim minorities. The Uyghur Human Rights Policy Bill seeks to stop the human rights abuses and the harassment of the Uyghur Muslim communities in China.

US space agency NASA recently discovered the Vikram lander of Chandrayaan-2 on the Moon. The Lunar Reconnaissance Orbiter (LRO) satellite of NASA released an image of the site where Vikram Lander crashed in September 2019, following the launch of Chadrayaan 2 mission.