India has imposed anti-dumping duty on certain stainless steel products from the European Union and other nations including China and Korea, in order to protect the domestic industry from cheap imports. 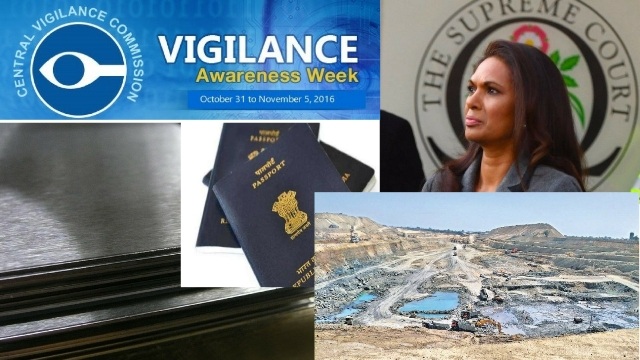 India imposes anti-dumping duty on stainless steel from US, EU and China

India has imposed anti-dumping duty on certain stainless steel products from the European Union and other nations including China and Korea, in order to protect the domestic industry from cheap imports.

52 year old Miller, ranked on top in the 2018 'Powerlist' of 100 people of African and African Caribbean inheritance published in London by Powerful Media. An investment fund manager and philanthropist Gina took a legal action against British Prime Minister Theresa May demanding that individual members of the Cabinet have no legal power to trigger Article 50 of the Lisbon Treaty.

The ministry has approved the diversion of about 3,200 hectares of forest land for the project construction.The Kaleshwaram Lift irrigation project has been designed to irrigate 7,38,851 hectares of land in the upland areas of the former undivided districts of Adilabad, Karimnagar, Nizamabad, Warangal, Medak, Nalgonda and Rangareddy.

Claimed to be the costliest irrigation project to be taken up by any State till date, the project aims to help divert 180 tmc of water from Godavari River to irrigate land and provide drinking water to over 65 villages.

The Central Vigilance Commission would be observing vigilance awareness week from 30 October to 4 November 2017 with the theme “My Vision Corruption Free India.”

The Vigilance Commission has designed an online pledge system on which any citizen can take pledge against corruption. If any citizen comes across any sort of corruption then, that person can report the same without unveiling his or her identity.

As per the Global Passport Index, Singapore fetched the most powerful ranking with a score of 159 in visa free category, topping the list. Germany was ranked second, followed jointly by Sweden and South Korea in third place. India was ranked at 75th place, three places above its earlier rank of 78.