The Union Ministry of Health and Family Welfare has launched two new contraceptives- an injectable contraceptive under ‘Antara’ programme and a contraceptive pill ‘Chhaya’ to meet the changing needs of couples. 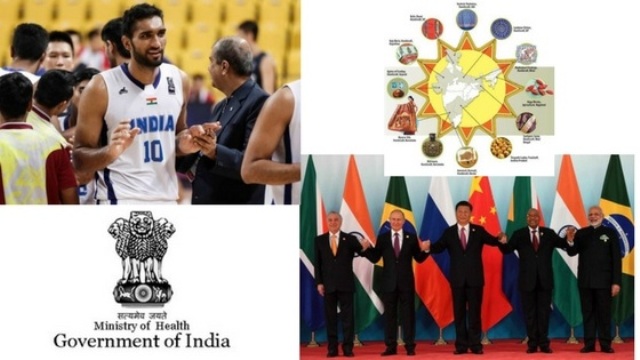 The CIPAM comes under the aegis of the Department of Industrial Policy and Promotion (DIPP), Union Ministry of Commerce and Industry.The campaign will be promoted with #LetsTalkIP which is an ongoing movement initiated by CIPAM to make more people aware about the importance of Intellectual Property Rights.

The promotion of GIs is in line with the Government’s ‘Make in India’ campaign.

The Union Ministry of Health and Family Welfare on 5 September 2017 launched two new contraceptives- an injectable contraceptive MPA under the ‘Antara’ programme and a contraceptive pill ‘Chhaya’ in the public health system to expand the basket of contraceptive choices for couples.

These contraceptives have been launched in 10 states including Delhi, Maharashtra, Uttar Pradesh, Madhya Pradesh, Rajasthan, Karnataka, Haryana, West Bengal, Odisha and Goa. They are presently available for free in Medical Colleges and District Hospitals.

These contraceptives are safe, highly effective and thus, will help meet the changing needs of couples and help women plan and space their pregnancies.While the ‘Antara’ injectable is effective for three months, the ‘Chayya’ pill is effective for one week.

The leaders of all five BRICS nations including Brazil, Russia, India, China and South Africa convened for the 9th BRICS Summit on 4 September 2017 in Xiamen, China.

The main theme of the summit was, “BRICS: Stronger Partnership for a Brighter Future”. It saw the leaders come together and discuss various international and regional issues of common concern and adopt the Xiamen Declaration by consensus.

The leaders jointly agreed to energise their practical cooperation to boost development of BRICS countries by promoting exchanges of good practices and experiences on development and facilitating market inter-linkages as well as infrastructure and financial integration.

The Union Environment Ministry on 5 September 2017 launched an environment awareness initiative on the occasion of Teachers’ Day.

Under the initiative, an online environmental quiz competition named Prakriti Khoj will be conducted at the national level.

The Prakriti Khoj will be an ideal medium to reach out to young minds through a fun-filled interactive learning mode to trigger their sensitivity towards environment protection and conservation. This quiz will provide a unique platform for students to measure their awareness level regarding environmental issues.

Captain of Indian basketball team Amritpal Singh on 31 August 2017 created history by becoming the first Indian player to be signed by an Australian Basketball team.

Earlier, Singh had been a part of the four-member Indian team of Amjyot Singh, Yadwinder Singh and Vishesh Bhriguvanshi, who were a part of the National Basketball League (NBL) Draft Combine in Melbourne, Australia in 2017.