Mishra was awarded for his concentrated efforts and dedication towards serving the communities that are most exposed to disasters. He has selflessly worked to the cause of social inclusion to reduce inequality and poverty. 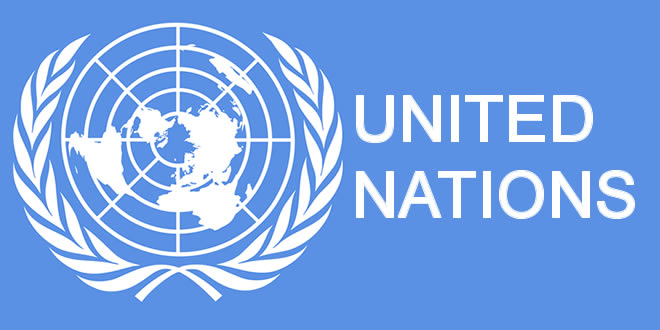 The award was announced during the 6th Session of ‘Global Platform for Disaster Risk Reduction’ (GPDRR) 2019, which is being held at Geneva, Switzerland.

The theme of the Sasakawa Award 2019 was ‘Building Inclusive and Resilient Societies’. Under this theme, the UNDRR received over 60 nominations from over 30 countries.

Other winners of 2019 Sasakawa Award

• The Sasakawa Award is the most prestigious award of the United Nations in the area of Disaster Risk Management.

• Instituted 30 years back, the award is jointly organised by the United Nations Office for Disaster Risk Reduction (UNDRR) and the Nippon Foundation.

• The winners of the award can be either organisations or individuals who are bestowed with a grant of USD 50000 as the award prize.

The delegation attended the Ministerial Roundtable discussions on ‘Risk Informed Investments & Economics of DRR’. A bilateral meeting was also held with the European Union on cooperation in India’s initiative on disaster resilient infrastructure.

The session was held under the theme ‘Resilience Dividend: Towards Sustainable and Inclusive Societies’.

• The Global Platform for Disaster Risk Reduction is a multi-stakeholder forum held every other year to deliberate on latest developments, exchange of information, and knowledge and partnership across sectors.

• The forum aims to improve implementation of disaster risk reduction strategies through better communication and coordination amongst stakeholders.

• It provides strategic guidance to the governments, NGOs, scientists, and UN organisations for the implementation of global disaster risk reduction agreements: 2005 Hyogo Framework for Action and Sendai Framework.

Three-time Grand Slam champion, Sir Andy Murray on May 16, 2019 received the Knighthood by Prince Charles, Prince of Wales, at an investiture ceremony at Buckingham Palace in recognition of his services to tennis and charity.

The move comes over 2 years after the Knighthood was announced in the Queen’s New Years Honours in 2016, after he won the second Wimbledon title, fetched second Olympic gold and emerged as World No. 1 in the rankings.

The ceremony was delayed due to his busy overseas playing schedule.

Others who were honoured on same occasion

• Novelist Sir Philip Pullman was knighted for his services to literature

Lately, Murray made announcement at a news conference during the Australian Open in January 2019 of his plans to retire from the sport after 2019 Wimbledon in June as he struggles to recover from hip injury and a successful hip surgery.

• In his tennis career, Murray gathered a total of 45 career titles; he is the first in Britain to reach 500 ATP match wins and is also the first ever British world number one in the Open Era.

• He was a member of the victorious Great Britain Davis Cup squad in 2015.

• He held the position of World No. 1 for 37 weeks and had been successful in reaching 11 Grand Slam finals.

• Earlier in 2013, Sir Andy earned an ‘Officer of the Most Excellent Order of the British Empire (OBE)’ medal from HRH Prince William, Duke of Cambridge, after winning his first Wimbledon title in 2013.

• Murray is also the United Kingdom’s Ambassador to the UNICEF.