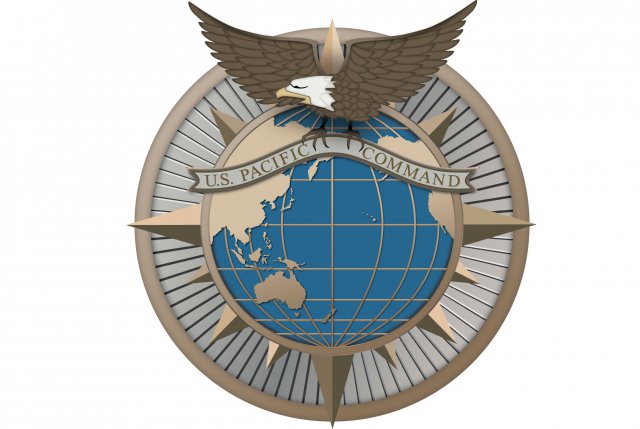 The Trump administration on May 30, 2018 renamed the US Pacific Command to US Indo-Pacific Command (USINDOPACOM), recognising the increasing connectivity between the Indian and Pacific Oceans,

The announcement was made by the US Defence Secretary James N. Mattis during the change of guard ceremony at Joint Base Pearl Harbour in Hawaii, wherein Admiral Phil Davidson replaced Admiral Harry Harris as Commander of the US Indo-Pacific Command.

• The move is reflective of the growing importance of the Indian Ocean in US strategic thinking. It also recognises India’s growing role in providing regional security.

• The name change is largely symbolic as India is already considered as part of PACOM’s area of responsibility which also includes China, Mongolia, Southeast Asia, Australia, Antarctica and the entire Pacific Ocean.

• The move signals towards the 2018 National Defence Strategy of the United States which acknowledges Pacific challenges and signals America's lasting commitment to the Indo-Pacific.

• However, for now, the name change will not immediately result in any shifts in the command’s boundaries or assets across the vast area stretching from the western part of India to America’s Pacific coastline.

How the move will be beneficial for the USA?

• The US has been pushing for stronger military relations with India since 2016.

• In 2016, the United States and India signed an agreement governing the use of each other's land, air and naval bases for repair and resupply, a step toward building defence ties.

• The deal was part of the Obama administration’s “Pivot to Asia” strategy aimed at countering China’s growing military strength in the waters.

• It was in 2016 itself when the US designated India as a “Major Defence Partner” with the aim of improving military cooperation and increasing information-sharing to ease defense deals.

• The United States is also eager to enter into India's large defence market. India emerged as No. 2 weapons supplier, closing USD 15 billion worth of deals over the last decade.

• Earlier, President Donald Trump has pulled the US out of the Trans-Pacific Partnership (TPP) by signing an executive order on January 23, 2017, immediately after his accession to power.

• The Trans-Pacific Partnership (TPP) is one of the major international trade initiatives of Barack Obama and was agreed in 2015 by a dozen nations that accounted for 40 percent of the global economy.

• The remaining 11 countries are moving forward with the deal, leaving America and creating an opening for Beijing.

• Recent years have witnessed China emerging as a major regional power. In 2017, China opened its first overseas naval base in Djibouti and has strengthened ties with several regional countries including Pakistan, Sri Lanka and the Maldives, apart from launching its One Belt One Road initiative.

• Adm. Phil Davidson took command of the US Pacific Command from outgoing Commander Adm. Harry Harris following Harris’ nomination by President Donald Trump as the next US ambassador to South Korea.

• Davidson, the 25th PACOM commander, takes charge after a successful tour as Commander of US Fleet Forces Command/Naval Forces US Northern Command in Norfolk, Virginia.

• During his speech, Davidson said ‘Russia and China are command priorities, but North Korea, Iran, and violent extremists also pose threat in the region’.

• Phil Davidson is a 1982 graduate of the US Naval Academy; and has served across the globe in frigates, destroyers, cruisers and aircraft carriers.