Virat Kohli has become the most successful Test captain of the Indian team. However, Shubhman Gill has broken his record of the youngest captain in Deodhar Trophy finals.

Shubman Gill was 20 years and 57 days old during the final match. Virat Kohli captained the North Zone in 2009-10 when he was 21 years and 124 days old. The final match was played between India C and India B at the JKCA International Complex in Ranchi.

Indian cricket team captain Virat Kohli is celebrating his 31st birthday on November 05, 2019. Born on 5 November 1988, Virat Kohli is named among the greatest cricketers in the world. The Board of Control for Cricket in India (BCCI) has shared an old video of Virat Kohli and congratulated him on his birthday. 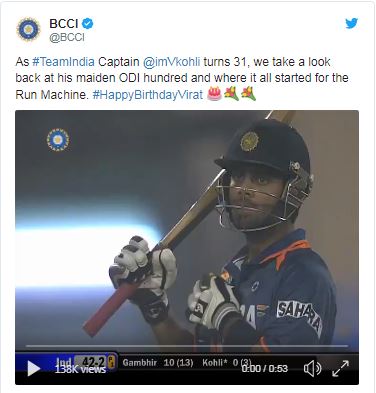