What is NPR? Which documents are mandatory for NPR registry?

NPR: The NPR is a list of usual residents who have resided in any part of India for over six months. 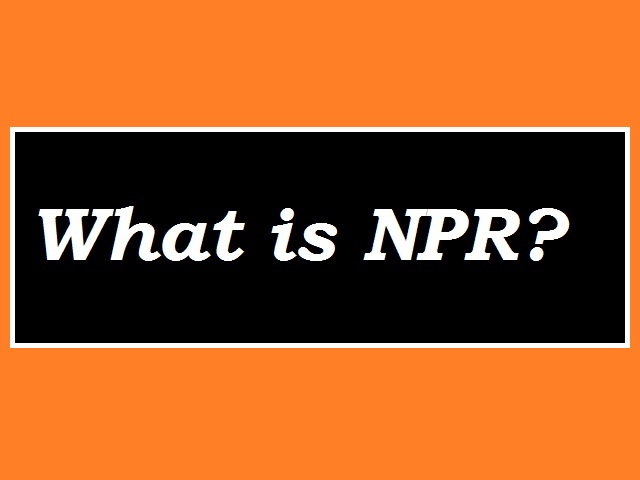 NPR: The central government issued a clarification on the document list of the National Population Register (NPR) on January 15, 2020. The Home Ministry will soon be issuing a form carrying questions for the NPR registry.

The government clarified that no documents or biometric details will be asked while conducting the NPR exercise. The exercise will be carried out in all states of India except Assam between April-September 2020 along with the house listing phase of the census exercise. Most of the states have already notified provisions related to the NPR exercise.

Two states, Kerala and West Bengal have decided to put the exercise of updating the NPR on hold, amid uproar against the controversial Citizenship Amendment Act.

Every usual resident in the nation must register under the National Population Register.

Which documents are required for the NPR exercise?

As per the latest government clarification, no documentary proof or biometric details will be collected for NPR exercise.

What other details are required for NPR?

Why is NPR important?

The NPR exercise is conducted to create a comprehensive identity database of every usual resident in the country.

When was NPR exercise conducted for the first time?

The NPR exercise was conducted for the first time in 2010. The NPR data has to be updated after every 10 years. However, in 2015, the central government had conducted a door-to-door survey to update the NPR data. The government had then asked for documentary proofs and details such as Aadhaar card and mobile number.

How will NPR be prepared?

The National Population Register will be prepared at the local, sub-district, district, state and national levels. It is prepared under the provisions of the Citizenship Act 1955 and the Citizenship (Registration of Citizens and Issue of National Identity Cards) Rules, 2003. The rules have a provision of a fine up to Rs 1000 for violation.

How is NPR different from NRC?

Is NPR same as Census?

Similar to NPR, Census is also a process of collecting information of all residents of the country. Though census is also conducted once in 10 years, the data collected under the process is not about individuals as such but to provide a wider picture of the condition of Indian residents. The census details are confidential, unlike NRC or NPR, which officially releases the registry of listed individuals.

Why has Assam been excluded from NPR?

Assam has been kept out of the NPR exercise as the National Register of Citizens (NRC) exercise has already been conducted in the state.

The Union Government has approved the release of funds worth Rs 3,941.35 crore to conduct the NPR exercise.

However, there have been mass protests against NRC, CAA and NPR. People fear that when combined with the NRC and CAA, it could become a tool to harass the Muslim community in India.

Hence, states like Kerala and West Bengal have decided to put the NPR exercise on hold for the time being.