Women to get Permanent Commission in Indian Armed Forces 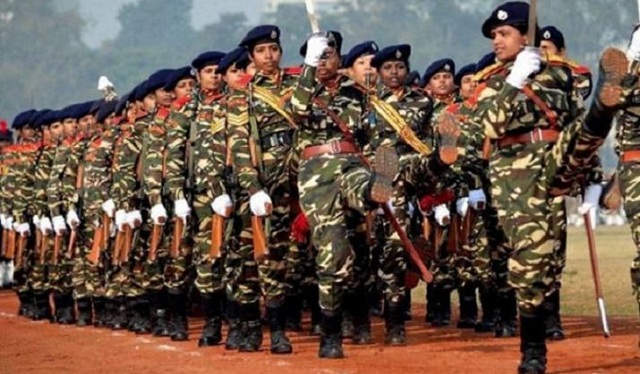 Women to get Permanent Commission in Indian Armed Forces

The Union Ministry of Defence has taken steps to ensure permanent commission to women officers in the Indian Armed Forces, implementing the announcement made regarding the same by Prime Minister Narendra Modi on August 15, 2018.

All branches of the Indian Air Force, including the post of fighter pilots, are now open for women officers.

• All non sea going branches, cadre or specialisation have been opened for the induction of women officers through short service commission.

• In addition to education, law and naval constructor branch and cadre, women SSC officers have been made eligible for grant of Permanent Commission in the Naval Armament branch, at par with the male officers.

• The proposal for induction of three new training ships for the Indian Navy is currently underway. This will provide the requisite infrastructure for training of both men and women officers.

• The Indian Navy will start inducting women in all branches, once the training ships are in place.

• Women officers have been granted permanent commission in the Indian Army in all the ten branches where women are inducted for short service commission.

• The SSC women officers will be considered for grant of permanent commission based on suitability and merit and will be employed in various staff appointments.