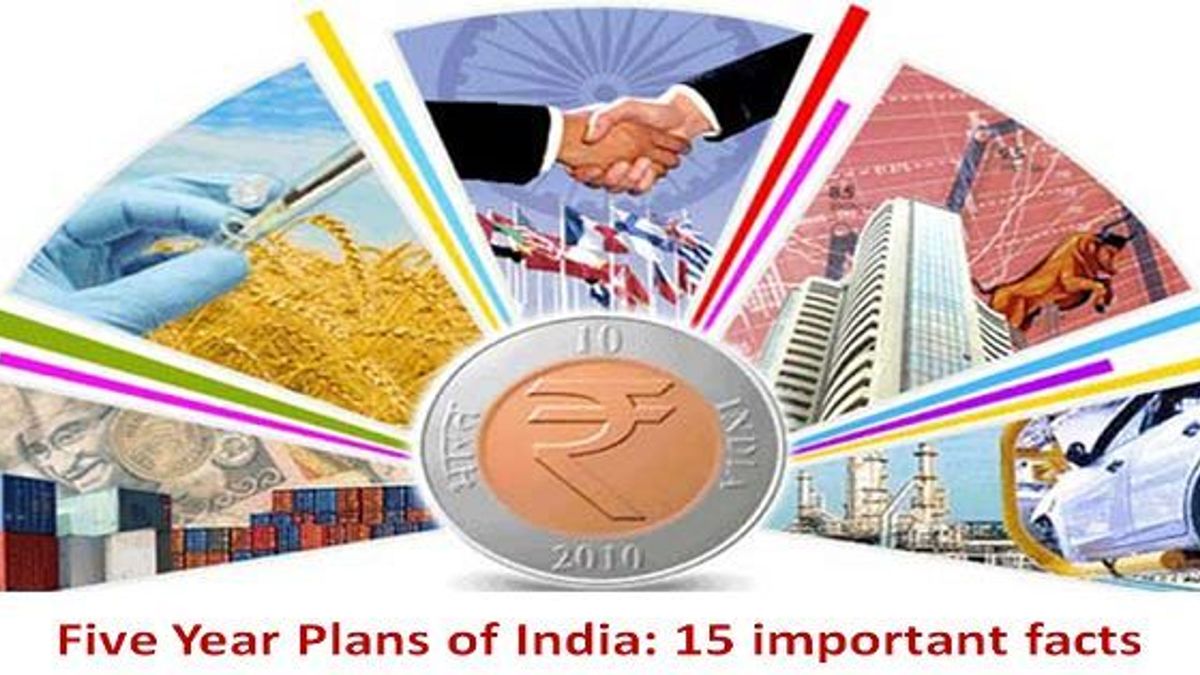 Economic planning is the process in which the limited natural resources are used skillfully so that maximum output can be gained with the use of minimum inputs.
The concept of economic planning in India is derived from the Russia (then USSR). Since 1951 to 2017 India has launched 12 five year plans. Present NDA government has decided to stop formation of new five year plan.

15 Important facts about all the five plans are as follows:

2. The Second Five Year Plan (1956 - 61) of India was based on the "P.C. Mahalanobis Model" and its main focus was on the industrial development of the country.

4. The duration from 1966 to 1969 is known as the plan holiday because no five year plan could be made due to Indo-Pakistan war & failure of third plan.

8. The duration of Sixth Five Year Plan was from 1980 to 1985.Its main objective was poverty eradication and technological self reliance.

9. In the Seventh Five Year Plan (1985 - 1990); private sector got the priority over public sector for the first time in the history of economic planning in India.

10. Eighth Five year Plan could not take place due to volatile political situation at the centre. Hence two annual programmes were formed in 1990-91 & 1991-92.

11. During the Eighth Five Year Plan (1992 - 1997); the New Economic Policy-1991 of India was launched under the supervision of union Finance Minister Dr. Manmohan Singh and Prime Minister Narasimha Rao.

The facts mentioned above are very crucial for various competitive exams held in India. Hence aspirants need to pay full attention while going through these facts.