The Five-Year Plans were laid to rest by the Narendra Modi-led NDA government in 2015. Hence, the 12th five-year plan is considered the last five-year plan of India. The decades-old Five-Year Plans was replaced by a three-year action plan, which will be part of a seven-year strategy paper and a 15-year vision document. The Niti Aayog has replaced the Planning Commission in the Modi Cabinet and launched three-year action plans from April 1, 2017, onwards.

I. It was launched for the duration of 1951 to 1956, under the leadership of Jawaharlal Nehru.

II. It was based on the Harrod-Domar model with a few modifications.

III. Its main focus was on the agricultural development of the country.

V. At the end of this plan, five IITs were set up in the country.

I. It was made for the duration of 1956 to 1961, under the leadership of Jawaharlal Nehru.

III. Its main focus was on the industrial development of the country.

V. However, this plan was criticized by many experts and as a result, India faced a payment crisis in the year 1957. 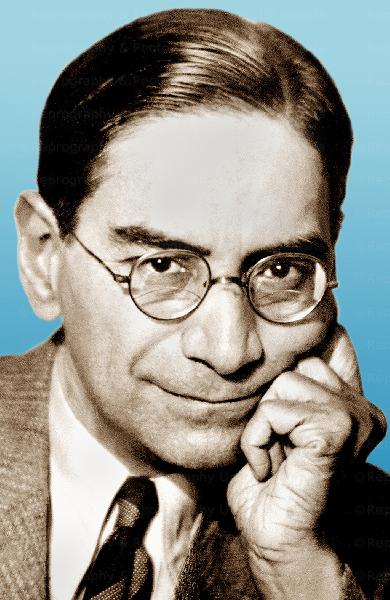 I. It was made for the duration of 1961 to 1966, under the leadership of Jawaharlal Nehru.

III. The main target of this plan was to make the economy independent. The stress was laid on agriculture and the improvement in the production of wheat.

IV. During the execution of this plan, India was engaged in two wars: (1) the Sino-India war of 1962 and (2) the Indo-Pakistani war of 1965. These wars exposed the weakness in our economy and shifted the focus to the defence industry, the Indian Army, and the stabilization of the price (India witnessed inflation).

V. The plan was a flop due to wars and drought. The target growth was 5.6% while the achieved growth was 2.4%.

Welfare Programmes by the Government of India

I.  Due to the failure of the previous plan, the government announced three annual plans called Plan Holidays from 1966 to 1969.

II. The main reason behind the plan holidays was the Indo-Pakistani war and the Sino-India war, leading to the failure of the third Five Year Plan.

III. During this plan, annual plans were made and equal priority was given to agriculture its allied sectors and the industry sector.

V. In a bid to increase the exports in the country, the government declared devaluation of the rupee.

II. There were two main objectives of this plan i.e. growth with stability and progressive achievement of self-reliance.

III. During this time, 14 major Indian banks were nationalized and the Green Revolution was started. Indo-Pakistani War of 1971 and the Bangladesh Liberation War took place.

IV.  Implementation of Family Planning Programmes was amongst major targets of the Plan

V. This plan failed and could achieve a growth rate of 3.3% only against the target of 5.7%.

III. The Electricity Supply Act was amended in 1975, a Twenty-point program was launched in 1975, the Minimum Needs Programme (MNP) and the Indian National Highway System was introduced.

IV. Overall this plan was successful which achieved a growth of 4.8% against the target of 4.4%.

V. This plan was terminated in 1978 by the newly elected Moraji Desai government.

I. After the termination of the fifth Five Year Plan,  the Rolling Plan came into effect from 1978 to 1990.

II. In 1980, Congress rejected the Rolling Plan and a new sixth Five Year Plan was introduced.

IV. The plan has several advantages as the targets could be mended and projects, allocations, etc. were variable to the country's economy. This means that if the targets can be amended each year, it would be difficult to achieve the targets and will result in destabilization in the Indian economy.

II. The basic objective of this plan was economic liberalization by eradicating poverty and achieving technological self-reliance.

III. It was based on investment Yojna, infrastructural changing, and trend to the growth model.

II. The objectives of this plan include the establishment of a self-sufficient economy, opportunities for productive employment, and up-gradation of technology.

IV. For the first time, the private sector got priority over the public sector.

I. Eighth Five Year Plan could not take place due to the volatile political situation at the centre.

II. In this plan, the top priority was given to the development of human resources i.e. employment, education, and public health.

IV. Some of the main economic outcomes during the eighth plan period were rapid economic growth (highest annual growth rate so far – 6.8 %), high growth of agriculture and allied sector, and manufacturing sector, growth in exports and imports, improvement in trade and current account deficit. A high growth rate was achieved even though the share of the public sector in total investment had declined considerably to about 34 %

V. This plan was successful and got an annual growth rate of 6.8% against the target of 5.6%.

I. Its duration was from 1997 to 2002, under the leadership of Atal Bihari Vajpayee.

II. The main focus of this plan was “Growth with Social Justice and Equality”.

III. It was launched in the 50th year of independence of India.

IV. This plan failed to achieve the growth target of 6.5% and achieved a growth rate of 5.6%.

I. Its duration was from 2002 to 2007, under the leadership of Atal Bihari Vajpayee and Manmohan Singh.

II. This plan aimed to double the Per Capita Income of India in the next 10 years.

II. It was prepared by the C. Rangarajan.

III. Its main theme was “rapid and more inclusive growth”.

IV. It achieved a growth rate of 8% against a target of 9% growth.

III. Its growth rate target was 8%.

For a long time, there had been a feeling that for a country as diverse and big as India, centralised planning could not work beyond a point due to its one-size-fits-all approach. Therefore, the NDA government has dissolved the Planning Commission which was replaced by the NITI Aayog. Thus, there was no thirteen Five Year Plan, however, the five-year defense plan was made. It is important to note that the documents of the NITI Aayog have no financial role. They are only policy guide maps for the government.

The three-year action plan only provides a broad roadmap to the government and does not outline any schemes or allocations as it has no financial powers. Since it doesn't require approval by the Union Cabinet, its recommendations are not binding on the government.

Five Year Plans after the Liberalization

Five Year Plans before the Liberalisation

Which Five Year Plan focused upon the target of "Growth with Social Justice and Equality?"

Five Year Plans in India was monitored by...

What was the main aim of the First Five Year Plan?

Which Five Year Plan was suspended one year before the time schedule?

What was the period of the last Five Year Plan of India?