Darbuk-Shyok-Daulat Beg Oldie Road: All you need to know about the strategically important road for India

Darbuk-Shyok-Daulat Beg Oldie Road: The 225-km road is of strategic importance to India as it connects Leh to the Karakoram Pass-- dividing Ladakh from China’s Xinjiang province. 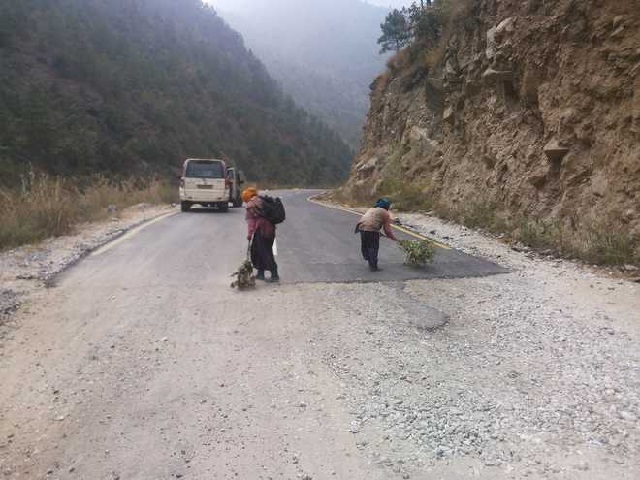 The 225-km Darbuk-Shyok-Daulat Beg Oldie (DSDBO) road is expected to be completed by the year 2020 after being built for nearly two decades. The road is of strategic importance to India as it connects Leh to the Karakoram Pass-- dividing Ladakh from China’s Xinjiang province.

Importance of the road

Daulat Beg Oldie (DBO) is India's northernmost corner and is located 9 km away from the Line of Actual Control (LAC) with China. The Indian Army calls this area the Sub-Sector North (SSN). The road runs parallel to the LAC, is of strategic importance to India as it will help it to manage the borders and the areas near Aksai Chin, Chip Chap River and Jiwan Nalla. The road will also help in the faster deployment of Army troops in the area. Earlier, due to the lack of road, the only route was via Advanced Landing Ground (ALG), where only heavy-lift aircraft could be landed.

Another importance of this road is that it branches off towards the Galwan Valley where another military stand-off was prompted. Thus, the road will help the Indian military to mark its presence in the area in comparison to the patrolling by the troops in the area.

The western region of the DBO is where China abuts Pakistan in the Gilgit-Baltistan area. Currently, China is constructing a China-Pakistan Economic Corridor (CPEC) in the region.

Location of the road

The road is located between the  Shyok and Karakoram Pass where DBO lies. The DBO plateau is located at an altitude of over 16,000 feet and is used by the Indian Air Force to drop supplies to the area. In 1962, the world's largest airstrip was built in the DBO during the war but later in 2008, it was abandoned as the IAF started using the area as the Advanced Landing Ground (ALG) along the LAC. The first aircraft landed in the region was Antonov An-32.

The DSDBO road project was started in the year 2000 and was expected to be completed by the year 2012 with an estimated cost of Rs. 320 crore. The construction was monitored by PMO. But the construction couldn't be completed in the expected time frame as the road was aligned with the Shyok River, which flooded it during summers causing damage. However, the major portions of the roads were later realigned to protect it from destruction.

Thus, to counter this, a 43 m  Colonel Chewang Rinchen Setu was built over Shyok river connecting Durbuk to DBO in Eastern Ladakh and was inaugurated by the Defence Minister Rajnath Singh, in October 2019.

The Colonel Chewang Rinchen Setu and the Siachin Glacier were made open by the Government of India for the tourists.

The Border Roads Organisation (BRO) is currently constructing a glaciated road between Sasoma (near the Nubra river) to the Sasser Pass. The road will be of strategic importance to the Indian Military and will take several years to complete.