Delhi at a Glance: A City of National Monuments

Delhi is the capital city of India. It is historically and culturally connected to both the Upper Doab of the Yamuna-Ganges river system and the Punjab region. It is bordered by Haryana on three sides and by Uttar Pradesh to the east. It has a population of about 16.75 million, making it the second-most populous city and second most populous urban agglomeration in India and 3rd largest urban area in the world.

The NCT and its urban region have been given the special status of the National Capital Region (NCR) under the Constitution of India's 69th Amendment Act of 1991. The NCR includes the neighbouring cities of Faridabad, Gurgaon, Noida, Ghaziabad, Neharpar (Greater Faridabad), Greater Noida, Bahadurgarh, Sonepat, Panipat, Karnal, Rohtak, Bhiwani, Rewari, Baghpat, Meerut, Alwar, Bharatpur, and other nearby towns. 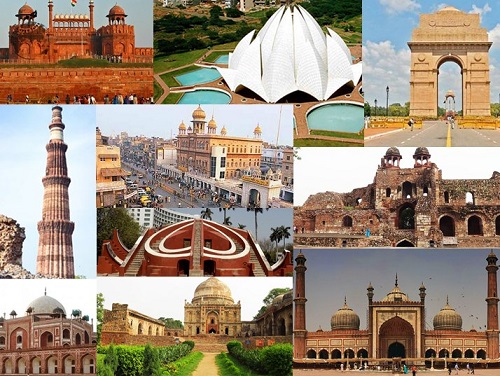 So was the factual information about the National capital of India i.e. Delhi. This information is very important for various competitive exams to be held in India.

Also Read:
List of all Chief Ministers of Delhi

What will change, if Delhi gets full Statehood?