Do you know why Pen Caps have holes?

Ballpoint pen is mostly used by all of us, but while writing or using it, have you ever noticed that there is a hole in the pen's cap. Why is it so, is there any scientific reason behind giving hole in the pen cap, who invented the ballpoint pen and when, etc. Let us find out! 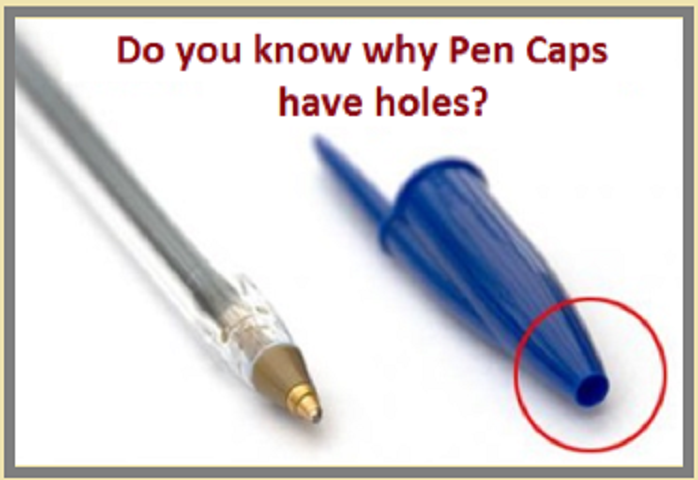 Why Ballpoint pen cap have holes

We all use pens, but have you ever noticed that there is a small hole in the pen cap, whether it is the BIC's ballpoint pen or the Reynolds? Most pens have a hole in the cap. Science has progressed a lot, given exciting concepts and techniques which can be used day by day easily. Similarly, having a hole in the pen's cap is also a new concept on which we have never given attention.

Why there is a hole in the cap of a ballpoint pen? 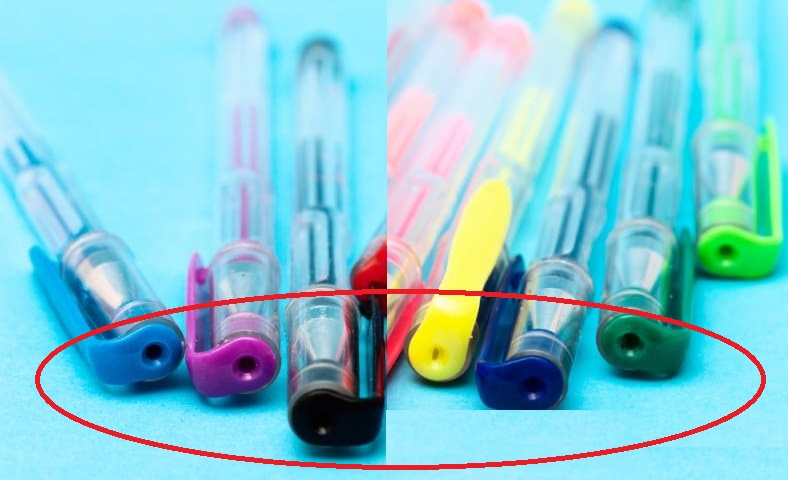 - If someone accidentally swallows the cap of a pen, then to avoid the suffocation after swallowing it, the hole is given in the pen cap. Chewing pen cap or pen lids while working is a common phenomenon done by everyone, but if it swallowed by mistake and may lodge the windpipe with potentially fatal consequences. The hole allows air to pass through the windpipe so that a person could breathe properly. It also reduces the risk of choking deaths. Even BIC Pen Company has given a hole in the cap of a pen due to the same reason as mentioned above.
- The ink of the pen should not dry faster and allows pressure therefore, the hole in the pen cap is given.
- Having a hole in the cap of a pen allows you to close the lid properly without any pressure issue.

What is the Origin of Zero in India?
History of Ballpoint pen 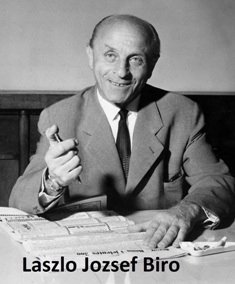 The History of Ballpoint Pen can be seen in the 1880s when John Loud was issued the first patent ball pen. The leather tanner tried to make a writing object with which he could write on the leather. The pen which he invented was made in the form of a steel ball rotating at the tip of the socket. John wanted to write it on the leather object. But the letters were not visible or written properly and so, commercially the pen was rejected.
Laszlo Jozsef Biro, a native of Budapest, invented a ballpoint pen, in which he used a ball bearing instead of a nib. He also used instant dried ink that rolled smoothly onto the page and could write for six months, even at high altitudes without being refilled. But this experiment was not successful because the ink was very thick, which took a lot of time to reach the tip of the nib. Hence, he invented a bearing ball nib which was coated with a thin film of ink and when the nib comes in contact with the paper, the ball of nib started moving and obtained the ink from the cartage which helps in fluent writing.
This article provides information about why ballpoint pen caps have holes, what is the reason behind this, when and how Ballpoint pen was invented.

Who created the first map of India?