Economic reforms by Dr Manmohan Singh: In 1991, India was undergoing a deep crisis due to its socialist economic system. Thus, the then Finance Minister Manmohan Singh announced the liberalisation of the Indian economy, which changed the economic graph of the country. 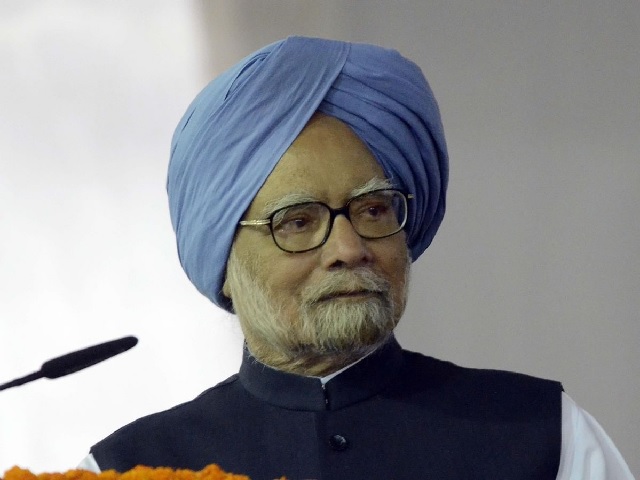 1- In 1973, a sharp rise in the International price of oil resulted in the inflation in India. In a country like India, inflation of over 20% was highly unacceptable. The then Prime Minister Indira Gandhi asked Dr Manmohan Singh to draft an anti-inflationary policy. Dr Manmohan Singh restricted disposal incomes in his draft and the policy was effective from July 1974. After September 1974, the policy began to have a positive impact and by March 1975, the inflation declined to 5.7%.

2- During 1982-85 (when Manmohan Singh was the RBI Governor), he helped in maintaining the exchange rate of Indian Rupee in accordance to the US Dollars.

3- In 1991, Dr Manmohan Singh became the then Finance Minister under P V Narasimha Rao Government, when the Indian economy was undergoing a severe crisis. India was undergoing macroeconomic balance and several other problems such as poor productivity, rising inflation rates, etc. Dr Manmohan Singh drafted the policy which became very successful in the coming years. After the implementation of policy drafted by Dr Singh, India's foreign exchange reserves rose from less than 1 Billion USD to 10 Billion USD from June 1991 to June 1993.

4- Dr Manmohan Singh's experience suggested that it is relatively easy to attract private investment into ports with handsome returns, no payment risks and very low market risk. Therefore, in 1994, Dr Manmohan Singh appointed an Expert Group on the commercialisation of Infrastructure Project. The group made projections for 10 years-- 1996 to 2006 to support the economic growth to 7.5% by 2002 and 8.5% by 2006.

5- Dr Manmohan Singh laid stress on public investment to maximise the involvement of the private sector. He also emphasised that the private sector's involvement must not be merely seen as a supplementary role but it must be seen potentially as a major contributor in the expansion of the infrastructure in the coming years. At that time the combined fiscal deficit of India (Centre and States) was nearly 8% of the GDP (highest among developing nations). When Dr Singh became the Prime Minister of India in 2004, his economic reforms since 1991 started showing positive responses. From 2003, India's GDP was growing over 8% per annum which reduced the unemployment rates, poverty, etc.

6- To balance the ongoing economic crisis in India, Dr Manmohan Singh secured the financial support from the IMF (International Monetary Fund) and the World Bank. In addition to this, India reached out to Japan for the bilateral currency which the later rejected citing an unclear programme of reform and adjustment by India.

7- In the 1990s, India became a founding member of the WTO (World Trade Organization) and committed
itself to multilateral rules of engagements in trade. India also began to regional and bilateral trade Agreement and supported the idea of a South Asian Free Trade Agreement and expressed interest in an India –Asian Free Trade Agreement (FTA). Dr Manmohan Singh's policies made India as a leader of South Asian Continent, however, it always faced challenges from China as it was an open economy and as a trading nation had a greater impact over India's political and economic policies.

8- Dr Manmohan Singh's liberal economic policies brought a great reform in the Indian business. IT firms such as Tata Consultancy Services, Infosys and WIPRO;  pharmaceutical firms like Ranbaxy and Dr Reddy's looked for the global orientation from earlier 'Bombay club' mentality. His policies have improved India's relation with other OECD (Organization for Economic Cooperation and Development) economies such as the UK, US, Germany, Austria, Italy, etc. Due to these reforms, India entered into a new league where its performance was compared with China and ASEAN (The Association of Southeast Asian Nations) from earlier South Asia and Pakistan. Additionally, India's GDP and foreign exchange reserves went up with a sharp decline in external debt and debt service ratio.

10- Dr Manmohan Singh also laid emphasis on civil nuclear energy and in July 2015, a joint statement was released by the White House after the meeting and civil nuclear energy issue was amongst the other important initiatives to promote India's economic growth and technological development.

In addition to this, India signed UR (Uruguay Round) trade negotiations which include agriculture. The commitments under UR was to open up agriculture in all the countries. The tariffs on most of the agricultural products were very high. This was done to insulate the Indian agricultural market from the global markets. In 2009, Dr Manmohan Singh waived off the farmer loan (INR 65,000 crore) in order to provide them with relief. Also, he reformed the policy where farmers can get a loan up to three lakh from the banks.

12- Till 1980, the total market capitalisation on the Indian Stock Market as production of GDP was only 5%, but, by 1990, after the liberalisation policy implemented by Dr Manmohan Singh in the 1980s, the ratio rose to 13%. By 1993, it rose to 60% of the GDP. In January 1992, Exchange Board of India Act was implemented to maintain the transparency and to regulate the activities of stock brokers, merchant banks, and other intermediaries on the primary market.