Smog is derived from smoke and fog which affects our health and in fact makes breathing difficult. It is formed by the mixture of air pollutants like nitrogen oxides, sulphur oxides etc. These questions will make the concept clearer and also help in various examination preparations. 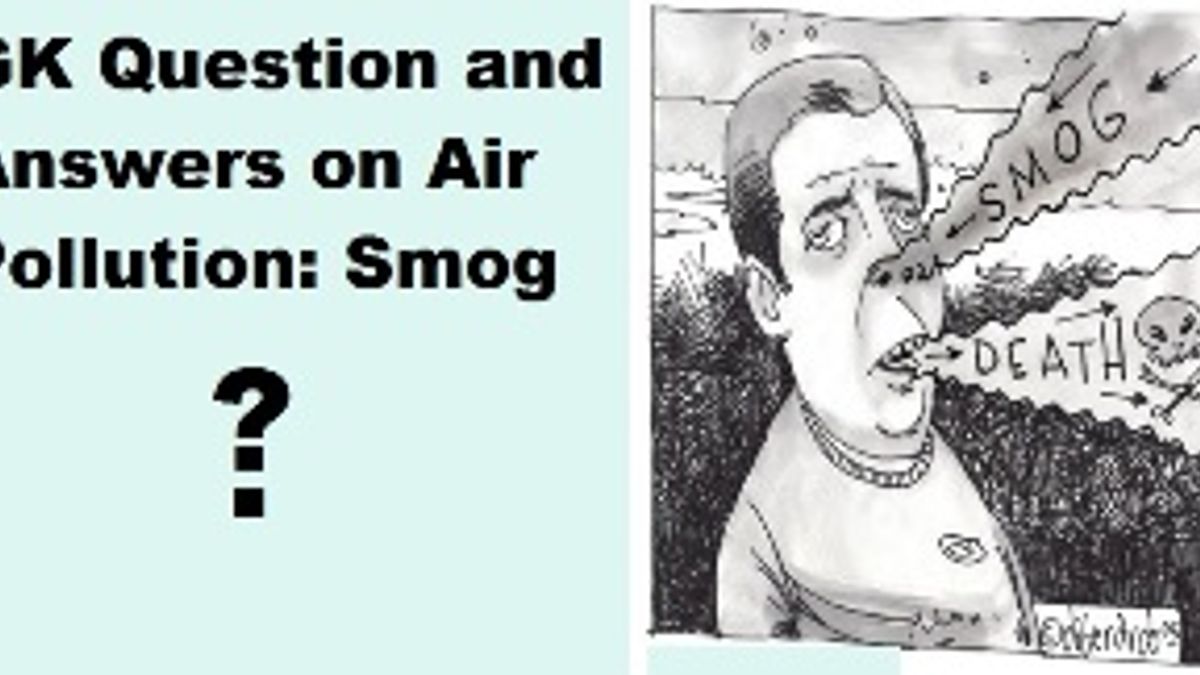 Smog is derived from smoke and fog which is also described as the type of fog having smoke or soot particles in it or a mixture of various gases with dust and water vapour and makes breathing difficult. It is a yellowish or blackish fog mainly formed by a mixture of air pollutants like nitrogen oxides, sulphur oxides and some other organic compounds that combine with sunlight to form ozone. Questions on smog will help you to understand what smog is and how it is harmful for us. This may also help in your various examination preparations.

2. SMOG is caused due to:
A.Emissions from vehicles
B.From incinerators
C.Oil paints
D.All of the above
Ans. D

10.What type of precautions will be taken to survive when ozone level is high?
A.Drive less
B.Stay hydrated
C.Avoid using gas powered engines.
D.All of the above
Ans. D