The human eye mainly works on the refraction of light through a natural convex lens made up of transparent living material and enables us to see things around us. This article consists of descriptive questions and answers on human eye, its parts and defects which will help in the preparation of various competitive exams. 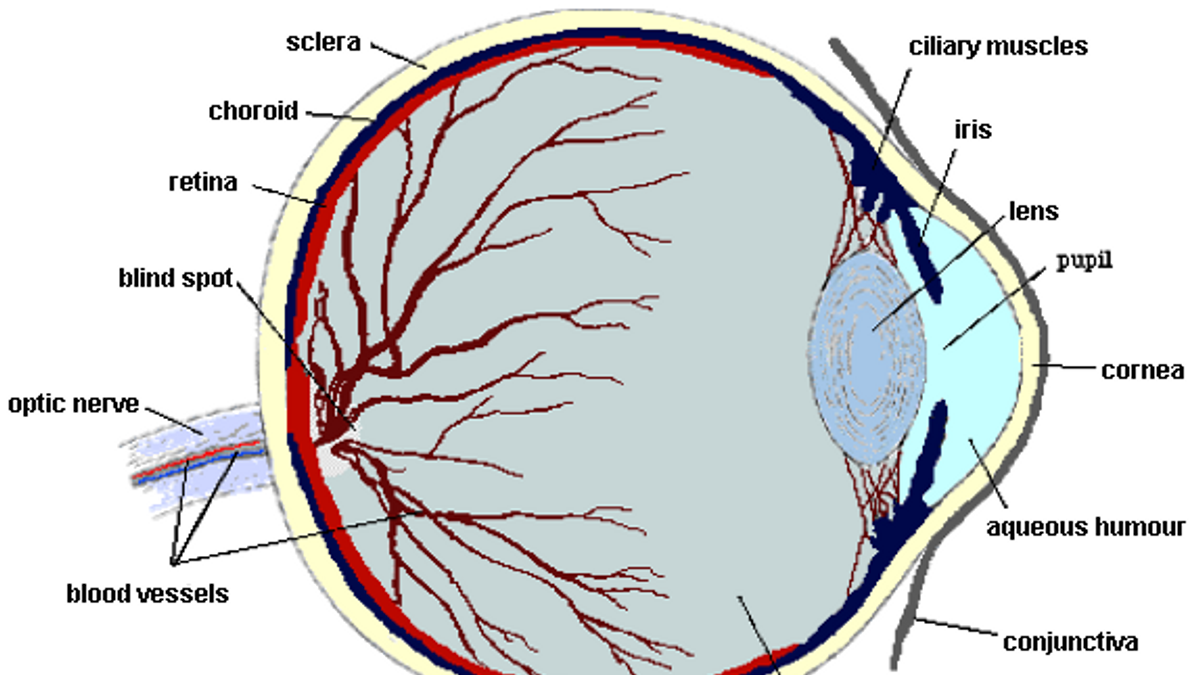 Human Eye is the most important optical instrument gifted to us by God. It plays vital role as without it we can’t see, observe things surrounding us, colours will be meaningless without eyes etc.

The human eye mainly works on the refraction of light through a natural convex lens made up of transparent living material and enables us to see things around us. What an eye consists off, what are the common defects of vision, how they are corrected etc are discussed in this article in the form of question and answers which will clear concept as well as help in the preparation of various examinations.

Why bursting of Balloon makes sound when pricked with a needle?
3. In which part of the eye rods and cone cells are found and what is the function of these cells? Source: www.sciencenews.org.com
Ans. The retina is a delicate membrane which consists these two cells namely rods and cone. The retina of an eye is just like the film in a camera. Rods and cones are light sensitive cells which respond to the intensity of light and colour of objects respectively, by generating electrical signals.
4. What is blind spot?
Ans.  At the junction of optic nerve and retina in the eye, there are no light sensitive cells i.e. no rods and cones due to which no vision is possible at that spot. This is called blind spot. So, we can say that blind spot is a small area of the retina insensitive to light where the optic nerve leaves the eye.
5. What is the function of Iris and Pupil in the eye?
Ans. The iris controls the amount of light entering the eyes. The iris automatically adjusts the size of the pupil according to the intensity of light received by the eye.

List of Important Discoveries in Physics
6. What do you understand by the term accommodation?
Ans. The ability of an eye to focus the distant objects as well as the nearby objects on the retina by changing the focal length or converging power of its lens is called accommodation. A normal eye has a power of accommodation which enables objects as far as infinity and as close as 25 cm to be focused on the retina. The power of accommodation of the eye for a person having normal vision is about 4 dioptres.
7. When we increase the distance of an object from the eye, what happens to the image distance in the eye?
Ans. The image distance is the distance between eye-lens and retina in the eye which is naturally fixed and it can’t be changed. Therefore, after increasing the distance of an object from an eye, there will be no change in the image distance inside the eye.
8. Name a defect of an eye which is known as Near-sightedness and how it is corrected?

Source: www.xamidea.in.com
Ans.  Myopia and short-sightedness is known as near-sightedness. It is that defect of vision due to which a person cannot see the distant objects clearly but he or she can see nearby objects clearly. Myopia is corrected by using spectacles containing concave lenses because it reduces the converging power of the eye-lens.

What is an Interceptor missile and how it is useful
9. What is cataract?
Ans. The medical condition in which the lens of the eye of a person becomes progressively cloudy resulting in blurred vision. It can also lead to total loss of vision of the eye.

Source: www.organsofthebody.com
Note: This type of defect of an eye cannot be corrected by using any type of spectacle lenses. It can only be corrected by surgery. With the help of surgical operation the opaque lens is removed from the eye of the person and a new artificial lens is inserted in its place.
10. Explain the defect long-sightedness of an eye and how it is corrected?

Source: www.3.bp.blogspot.com
Ans. Long-sightedness is also known as Hypermetropia or Far-sightedness. It is that defect of vision due to which a person cannot see the nearby objects clearly but he can see the distant objects clearly. The near-point of hypermetropic eye is more than 25 centimetres away. It can be corrected by using spectacles containing convex lenses because in will increase the converging power of the eye-lens.