GK Questions and Answers on India’s culture and customs

Cultural heritage is a concept of a single society and the communication between its members. It is something that belongs to our community. This Quiz consists of some facts about cultural heritage of India in the form of Questions which may help in the preparation of competitive examination and entrance test. 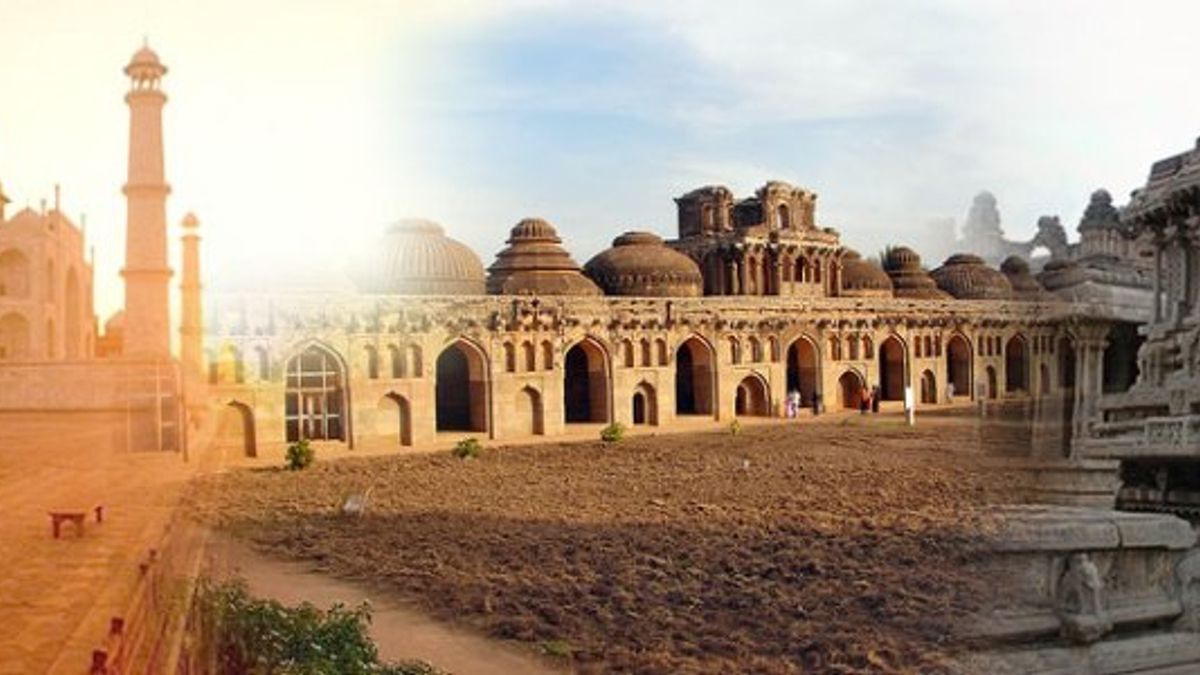 GK Questions and Answers on India’s culture and customs

Cultural of India is something that belongs to our community. It represents past, present and future in the form of paintings, drawings, sculptures, manuscripts, photographs, documents, etc. It is important because it helps people connect with others of similar backgrounds and provide a sense of unity and belonging. Also, it keeps in touch with the old traditions of India that has been lost.
Culture is basically a concept of a single society and the communication between its members. So, to protect and conserve it is an important task. This Quiz will give a glimpse of cultural heritages of India, which may help in the preparations of competitive examination and entrance test.

1. According to the cultural history of India ‘Panchayatan’ is:

A. An assembly of elders of village.

B. A religious sect

D. Functionary of an administration

Explanation: A temple Panchayatan has a main shrine at the centre which forms the base of the temple and is surrounded by four other shrines. It also has four subordinate shrines on each of the four corners.

2. Consider the following statements regarding to the Sattriya dance and select the correct code given below:

1. Sattriya is a fusion of dance, drama and music.

2. It follows the old living tradition of Vaishnavites of Assam.

3. It is based on various Ragas and Talas of devotional songs of Tulsidas, Kabir and Mirabai.

dance and drama are interlaced in it.

3.’Golden Threshold’ is a collection of poems written by:

Explanation: This is the first collection of poetry of Sarojini Naidu.

4. Buddhist site Tabo Monastery is located in which of the following state of India?

Explanation: Tabo Monatery was founded in 996 CE in the Tibetan year by the king of the western Himalayan kingdom of Guge namely Buddhist Lotsawa Rinchen Zangpo. It is located in the Tabo village of Spiti Valley, Himachal Pradesh, Northern India.

5. Which one of the following manuscript is included in the UNESCO’s Memory of World Register?

Explanation: Rigveda is the oldest among the four Vedas and is the fountain source of the Aryan culture. It is also known as the scriptures of the Hindu community. In 2007 this Documentary heritage was submitted by India and recommended for inclusion in the Memory of the World Register.

6. What do you understand by ‘Kalaripayattu’?

A. An ancient Bhakti cult of Shaivism.

B. An ancient form of dance or drama.

D. An ancient coin made up of Bronze and copper.

7. Manganiyars is a well-known community famous for:

8. Anuvrata concept was given by:

Explanation: Anuvrata is the philosophy of change given by Jainism. Its sole purpose is to enable man to introspect, understand his own nature and to make efforts to transform it.

9. Who had composed Brahmavadini the hymns of Vedas?

Explanation: Brahmavadini are the women who composed some hymns of the Vedas prominent among them were Lopamudra, Vishwawara, Sikta, Ghosha and Maitreyi.

10. During which period bronze icons of Nataraja deity who has four hands was casted?

Explanation: As the cosmic ecstatic dancer, Natraja is a depiction of the Hindu god Shiva. Its best known expressions were emerged in the chola period made up of bronze of variou heights typically less than four feet.

Why is Jal Mahal Unique: 10 Facts at a Glance?