Find out 10 GK Questions with Answers on Ancient Indian Literature Set V that attune and equipped the aspirants according to the evolving nature of different competitive examinations like UPSC-prelims, IAS-prelims, SSC, CDS, NDA, State Services, and Railways etc. 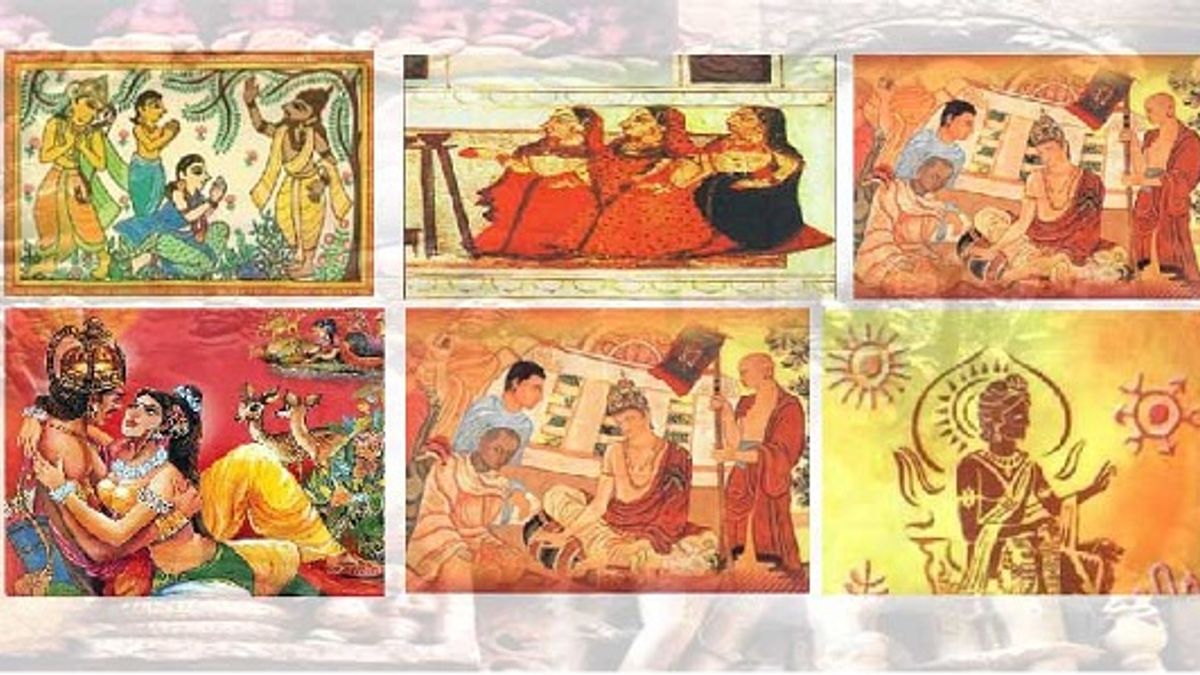 Ancient Indian literature refers to literature written in the Ancient Indian language from the earliest texts until the time of the Post Gupta Empire. In this article, we are giving 10 GK Questions with Answers on Ancient Indian Literature Set V that attune and equipped the aspirants according to the evolving nature of different competitive examinations like UPSC-prelims, IAS-prelims, SSC, CDS, NDA, State Services, and Railways etc.

1. Which of the following statement (s) is/are correct about Panini's great grammar the Ashtadhyayi?

A.  It was most probably composed towards the 4th century BC.

B.  It was stated that with Panini the language attained its highest state of development and thereafter there was improvement only in its vocabulary.

D.  None of the above

2. Who among the following had written the ‘Rajatarangini’ which was the metrical legendary and historical chronicle of the north-western Indian subcontinent?

3. Consider the following statements related to the Megasthenese profess of writing:

I. Megasthenese wrote extensively in a book called 'Indica' which is no longer available to us.

II. Megasthenese's writings could be seen through various extracts in the writings of Diodorous, Strabo and Arrian.

D.  All of the above

d. Atharvaveda   4. A collection of hymns

5. Consider the following statements regarding the age of Vedic Civilisation:

I. Bal Gangadhar Tilak, on astronomical grounds, dated Rig Veda to .6000 B.C. to Harmon Jacobi, Vedic civilization flourished between 4500 B.C. and 2500 B.C. and the Samhitas were composed in the latter half of the period.

Which of the following statement(s) is/are not correct?

D.  Neither I nor II

6. Which of the following statement (s) is/are correct about ancient Indian literature?

A.  The Puranas is important as they were the main influence in the development from early Vedic religion to Hinduism.

B.  The Shastras contained works of science and philosophy.

C.  The Bhagvad Gita a later addition to the Mahabharata enshrines a philosophical doctrine and in it are described the three paths to salvation: karma, gyan and bhakti.

D.  All of the above

GK Question and Answers on the Post Gupta Era

8. Find the correct pair of Poet in the Court of the King during Ancient India

I.  The ‘Puranas’ serves as a source of historical facts of ancient India. There are eighteen Puranas. They provide historical information of various dynasties.

II.  According to Dr. R.C. Majumdar, the war occurred in 1000 B.C. Apart from the Kurukshetra war, the Mahabharata contains various accounts of social life and religious

thinking of the people of ancient India.

D.  Neither I nor II

10. Who among the following had written down the 'Ramcharita'?