For the help of the aspirants preparing for UPSC/ PCS/SSC /CDS and other completive exams, Jagaran Josh published this set of 10 questions based on the Center State Relations in India. We hope that this set will be helpful for job aspirants in the upcoming exams.

Dear students try to solve this set of 10 questions based on the ‘Center State Relations in India’ and increase the chances of your selection in the prestigious exams like UPSC/PCS/SSC/CDS etc. 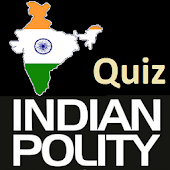 1. Which of the following subject comes under the Central Government?

2. How many topics are currently covered in concurrent list?

Explanation: Currently there are 52 subjects in the concurrent list. Originally there were 47 subjects.

4. Which of the following is not matched correctly?

5. In which Part of the Indian constitution, Central-State relations are mentioned.

Explanation: Central-State relations are mentioned from article 245 to 255 in Part XI of the constitution.

6. Which of the following taxes is/are levied, collected and keep by the State Government?

7. Which of the following is not related to the Administrative Reform Commission?

8. Which of the following is not matched correctly?

Explanation: In April 2007, a three member commission headed by the former chief justice of India M.M. Punchhi was set up by the UPA Government to take a fresh look at relative roles and responsibilities of various levels of government and their inter-relations.

9. Which of the following is matched correctly?

(B) Money borrowed by the central government: Article 262

(C) Power to delegate the work to the Federation of States: Article 278

Explanation: Grants under Article 275 (1) of the Constitution of India. Such sums as Parliament may by law provide shall be charged on the Consolidated Fund of India in each year as grants-in-aid of the revenues of such States as Parliament may determine to be in need of assistance.

10. Which of the following recommendations is not of the Sarkaria Commission?

(B) The governor's rule should not be reduced to 5 years before time without any concrete reason.

(C) No autonomy for radio and television

Explanation: The central government should consult states before making the law on the concurrent list.