GK Quiz of Indian Economy on Operations of Commercial Banks

GK Team of Jagran Josh is providing you a set of 15 MCQs of the Indian Economy on the topic “Operations of Commercial Banks”. These questions are made after a deep analysis of this particular topic so that you can have a thorough knowledge of all the probable questions from this topic. 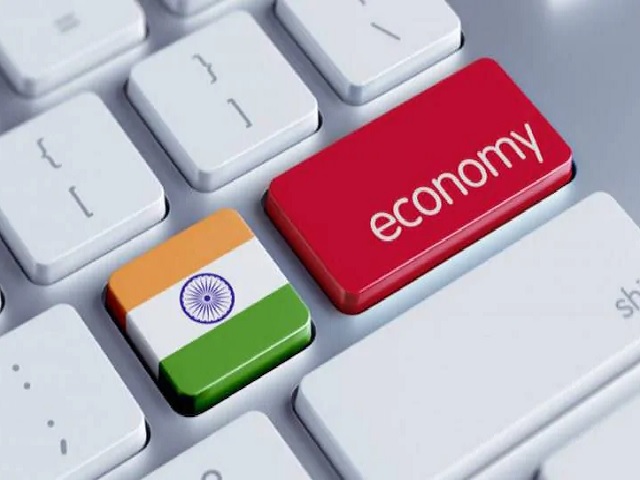 GK Quiz of Indian Economy on Operations of Commercial Banks

GK Team of Jagran Josh is providing you a set of 15 MCQs of the Indian Economy on the topic “Operations of Commercial Banks”. These questions are made after a deep analysis of this particular topic so that you can have a thorough knowledge of all the probable questions from this topic.

1. What is the most widely used tool of monetary policy?

(A) Issuing of notes

2. What is the meaning of Repo Rate?

(A) When a bank is in need of cash it can it can discount bills of exchange and avail loan facilities from the Reserve Bank of India.

(B) When a bank has excess cash, they buy securities from RBI against cash on the condition that they resell the securities to RBI on a pre fixed day and price

(C) It is the rate at which RBI allows temporary loan facilities to commercial banks against government securities on the condition that the bank will repurchase the securities within a short period.

(D) It is a rate that is offered by banks to their most valued customers or prime customers.

Explanation: Repo rate is the rate at which the central bank of a country (Reserve Bank of India in case of India) lends money to commercial banks in the event of any shortfall of funds. Repo rate is used by monetary authorities to control inflation.

3. When RBI does some open market operation transactions, it wishes to regulate which of the following?

(B) Supply of money in the economy

Explanation: When the Central Bank wants to infuse liquidity into the monetary system, it will buy government securities in the open market. This way it provides commercial banks with liquidity. In contrast, when it sells securities, it curbs liquidity. Thus, the Central Bank indirectly controls the money supply and influences short-term interest rates.

4. When the cash reserve ratio (CRR) is increased by the RBI, it will:

(A) Increase the supply of money in the economy

(B) Decrease the supply of money in the economy

(C) No impact on the supply of money in the economy

(D) Initially increase the supply but later on decrease automatically.

Explanation: When RBI increases the CRR, fewer funds are available with banks as they have to keep larger portions of their cash in hand with RBI. Thus hike in CRR leads to an increase of interest rates on loans provided by the Banks. Reduction in CRR sucks money out of the system causing a decrease in the money supply.

5. Banking sector comes under which of the following sectors?

(A) Sale of agricultural products in the government regulated Mandis.

(B) Sale and purchase of bonds and securities to the commercial banks by the RBI.

(C) Sale and purchase of bonds and securities by the RBI to the government.

(D) Sale and purchase of bonds and securities by the commercial banks to the customers.

Explanation: Open market operations (OMO) refers to when the Federal Reserve buys and sells primarily U.S. Treasury securities on the open market in order to regulate the supply of money that is on reserve in U.S. banks, and therefore available to loan out to businesses and consumers.

7. Which of the following is the recently opened bank in India?

Explanation: DFC First Bank is an Indian banking company with headquarters in Mumbai that forms part of IDFC, an integrated infrastructure finance company. The bank started operations on 1 October 2015.

8. BASEL NORMS are related to the:

9. Which of the following is not the monetary tool?

Explanation: Deficit financing means generating funds to finance the deficit which results from an excess of expenditure over revenue. The gap is covered by borrowing from the public by the sale of bonds or by printing new money.

10. How much interest is paid by the RBI on the money deposited under the CRR measure?

(A) Equal to the rate of CRR

(B) More than the CRR

(C) Less than the CRR

(D) No interest is paid by the RBI

Explanation: No interest is paid by the RBI on the money deposited under the CRR measure.

11. Who is responsible for the supply of coins in India?

(A) Reserve bank Of India

(B) Ministry of finance

(C) Ministry of commerce and industry

12. RBI increases the rate of interest in the situation of:

(C) In the pressure of commercial banks

Explanation: During high levels of inflation, RBI makes strong attempts to bring down the flow of money in the economy. One way to do this is by increasing the repo rate.

13. Who has the maximum intake in the total capital of NABARD?

(A) Government of India

(B) Combine intake of commercial banks

Explanation: RBI has the maximum intake in the total capital of NABARD

14. Which of the following is not the function of RBI?

(A) Custodian of foreign currency

(B) Printing of currency

500+ GK Questions & Answers on Indian EconomyAs the banks in India have migrated to Basel II norms with effect from March 31, 2009, instructions contained in this circular will be applicable to calculate the prudential floor of capital in terms of our circular 'Prudential Guidelines on Capital Adequacy and Market Discipline – Implementation of the New Capital