The Global Climate Change has already had deep impact on the environment. For Example- Glaciers have shrunk, ice on rivers and lakes is breaking up earlier, plant and animal ranges have shifted and trees are flowering sooner. In this article, we are giving the concept of Albedo, how earth’s albedo effects the Global Warming, which is very useful for the competitive examinations like UPSC-prelims, SSC, State Services, NDA, CDS, and Railways etc. 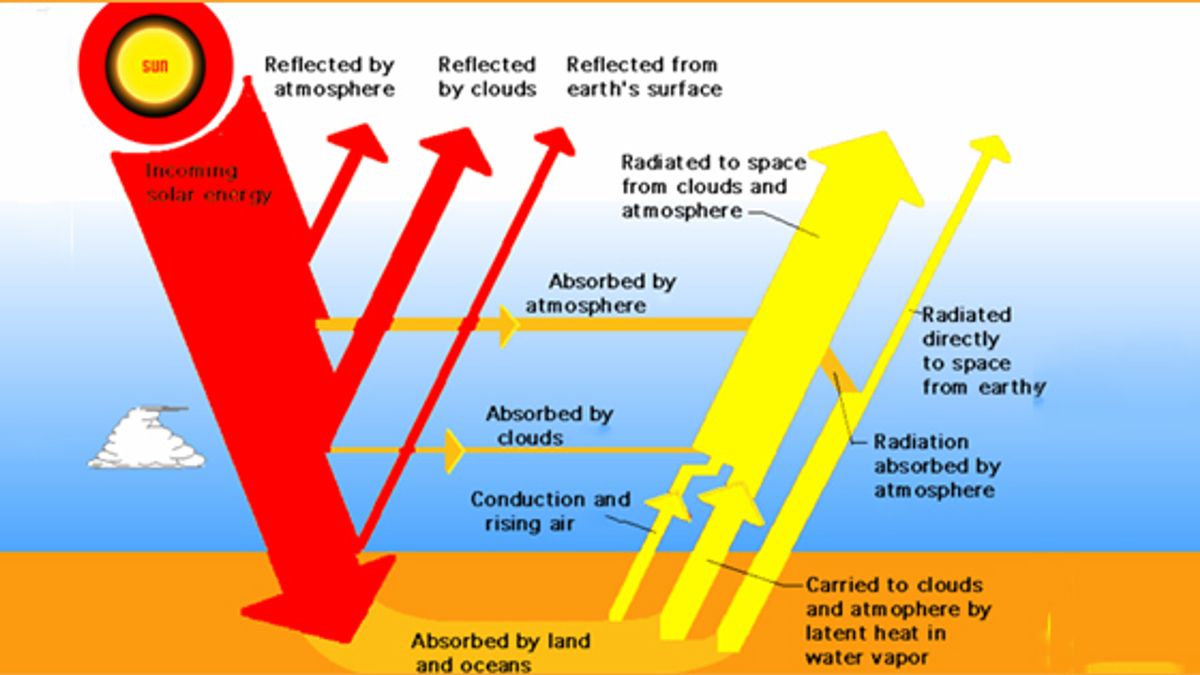 The Global Climate Change has already had a deep impact on the environment. For Example- Glaciers have shrunk, ice on rivers and lakes is breaking up earlier, plant and animal ranges have shifted and trees are flowering sooner. The term ‘Global Warming’ describes a gradual increase in the average temperature of the Earth's atmosphere and its oceans, a change that is believed to be permanently changing the Earth’s climate. Whereas Albedo is the amount of solar radiation that is reflected by some surface, and is often expressed as a percentage or a decimal value. It is noteworthy that objects with higher albedo are cooler in temperature and objects lower albedo is hooter in temperature. The object which has zero albedo can absorb 100% of the radiation it receives. For Example- Black colour object has zero albedo and it can absorb 100% radiation it receives, whereas White colour objects are perfect reflector. It helps us to know how well a surface reflects solar energy. It is measured on a scale from 0 to 1.

According to the data collected by the CERES instrument aboard the Terra satellite, the Earth's albedo is in the process of fluctuation due to the natural variations in the climate system. The dramatic variation in the climate system is just because of ice cover, cloud cover and the amount of airborne particles like aerosols from pollution, volcanoes and dust storms, can change the reflectivity on scales from days to years.

Role of Geoengineering in Stabilisation of Earth's Albedo

The Geo-engineering is also called as climate engineering. It calculates the wide-ranging manipulation of environmental processes that affect the Earth's climate. According to the some experts, greenhouse effect and reduced Earth's Albedo effect is the main reason of Global warming. The Greenhouse effect is a natural phenomenon through which the solar radiation is trapped in our atmosphere by greenhouse gases (Carbon Dioxide, methane, hydrofluorocarbon, nitrous oxide, ozone and water vapour). The prime objective of the geoengineering is to lower the presence carbon Dioxide from the air or decreasing the amount of sunlight making it to the earth's surface.

How to reduce the presence of Carbon Dioxide from the atmosphere?

Some experts have suggested some plan of action to reduce the presence of Carbon Dioxide from the atmosphere is given below:

1. Plantation of 'Artificial trees' which are actually machines that can absorbs carbon Dioxide from the atmosphere through plastic polymers

2. To create Oceans as a large carbon sink by adding huge amount og lime to the oceans.

4. To convert gaseous carbon to charcoal and burying it underground

What is Global Environmental Facility (GEF)?

How to increase the Earth's Albedo?

The geo-engineers have suggested plan of action to increase the Earth's Albedo are given below:

1. Spraying of sulphate aerosols into the stratosphere that reflect sunlight back to space.

3. Pouring of white colour on the world's roofs to increase reflectivity.

4. Floating thousands of tiny mirrors in space between Earth and the Sun.