How to file a PIL (Public Interest Litigation) in court?

Public Interest Litigation is a medium in which public issues related to minority or disadvantaged groups or individuals are raised through litigation or legal proceedings.. Know the process of filing a PIL in the court and who can file a PIL. 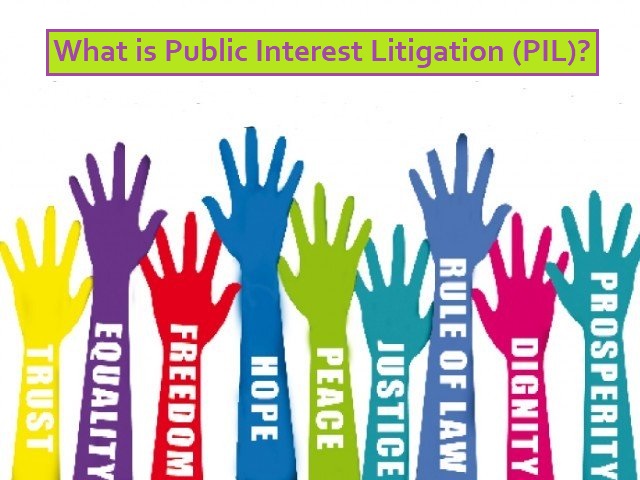 How to file PIL (Public Interest Litigation) in court?

Are you unhappy or upset about the various unfortunate incidents happening around you? Do you think that people are violating basic human rights due to wrong policies and lack of judgment of the government? Are social injustice and corruption being encouraged?

For socially conscious citizens who want to transform society through the law, Public Interest Litigation (PIL) is a powerful and useful tool. In this article, we are providing all the procedures related to filing PIL in a phased manner.

Public interest litigation (PIL) is a medium through which public issues involving minority or disadvantaged groups or individuals are raised through litigation or legal proceedings. In simple words, Public Interest Litigation (PIL) is the result of judicial activism through which an individual or a non-governmental organization or civic group can seek justice in court on issues involving large public interest.

Who can file PIL

Any Indian citizen can file a PIL, the only condition being that it should be filed in the public interest rather than private interest. If an issue is of very public importance, many times the court also takes suo motu cognizance in such a case and appoints a lawyer to handle such a case.

Where can a PIL be filed?

Public interest petitions can be filed only in the Supreme Court or the High Court.

How to file a PIL

Before filing a PIL, the petitioner should thoroughly investigate the related matter. If the PIL is related to many people, then the petitioner should consult all the people. Once a person has decided to file a PIL, he should collect all relevant information and documents to strengthen his case. The person filing the PIL can either debate himself or appoint a lawyer. Generally, in any case, it is advisable to consult a lawyer before filing a PIL.

If a Public Interest Litigation (PIL) is filed in the Supreme Court, then five copies of the petition have to be submitted in the court. The copy of the PIL is sent to the respondent only when a notice is issued by the court for it.

Fees for filing a PIL

Public interest litigation is cheaper than in other court cases. Each defendant mentioned in a PIL has to pay a fee of Rs 50 and it has to be mentioned in the petition. However, the cost incurred in the entire proceedings depends on the lawyer whom the petitioner authorizes to argue on his behalf.

Difference between a PIL and Writ Petition

The writ petition is filed by individuals or institutions for their own benefit, while public interest litigation is filed for the benefit of the general public.

What are the issues on which a PIL cannot be filed?

The Supreme Court has released a list of guidelines regarding the filing of PIL according to which PIL cannot be filed in the following cases:

PIL is accepted by the Chief Justice of the court, so it completely depends on how the Chief Justice views the case. The average rate for accepting a PIL by the High Court or the Supreme Court ranges from 30 to 60 percent. Usually, PILs are accepted in which the judges agree with the facts stated and feel that the subject is of importance and is in the public interest.

How long does it take in the PIL case hearing?

If a case is related to the lives of many people or is related to human rights violations etc., the court completes the hearing in a very short time and settles the case. But in general, due to the accumulation of excessive public interest petitions in courts, it takes years to hear and settle cases. However, during the hearing, the court can give instructions to the officials to do some work if needed. After the final hearing of both parties, a final decision is given in matters related to public interest petitions.

Are the rights related to filing PILs in India being misused?

It is interesting to know that in India, where the number of cases pending in courts is already high, the misuse of public interest petitions is increasing. In 2010, the Supreme Court had expressed considerable displeasure over PILs involving personal or irrelevant cases and issued certain guidelines to the courts for accepting PILs. In this regard, a bench of Judges involving Justice Dalveer Bhandari and Mukundakam Sharma stated that the "indiscriminate filing of PILs creates unnecessary pressure on the judicial system and results in excessive delays in the disposal of genuine and relevant cases."