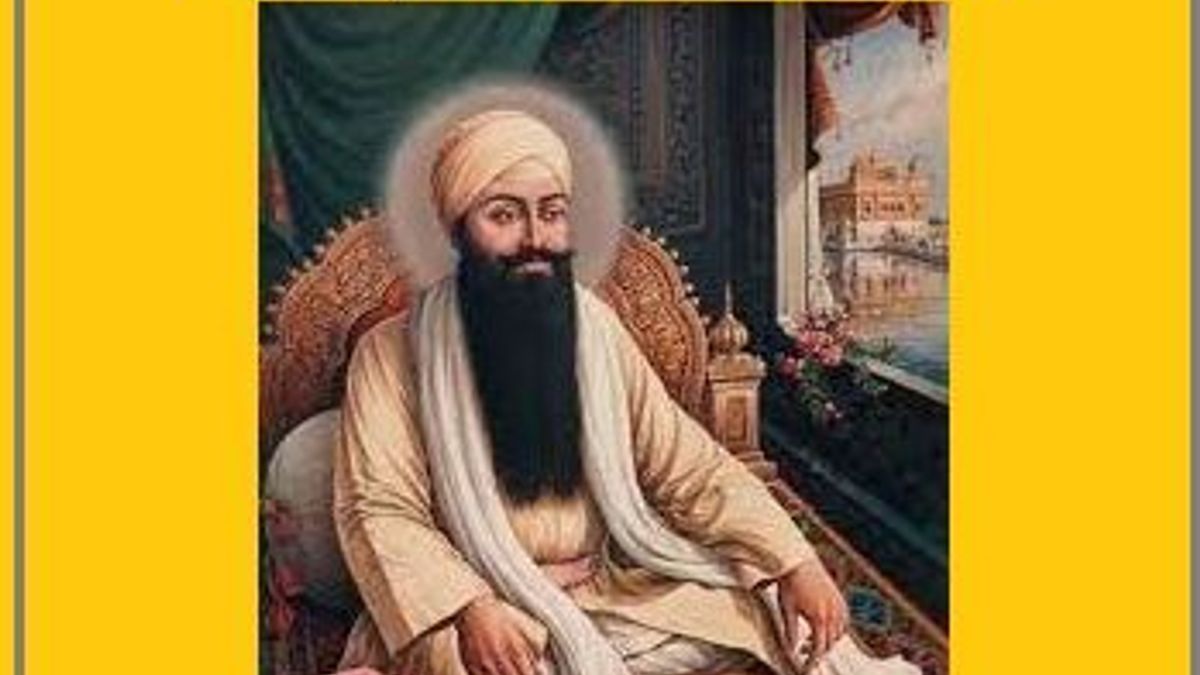 The true servant of humanity, the protector of religion, the master of calm and grave nature, Guru Arjan Dev, was the well-known public leader of his era. He provides service to the people whole day and night. He had immense respect for all religions. His martyrdom was a significant turning point in the history of Sikhism.

10 Interesting points about Guru Arjan Dev are as follows:

2. The care of Arjan Dev was done under the supervision of great men like Guru Amar Das and Guru Baba Budha Ji. He had received Gurmukhi education from Guru Amardas, from Goindval Sahib Dharmashala, he had received education in Devanagari, Sanskrit from Pandit Beni and from his uncle Mohri, maths. In addition, he also learned the method of "meditation" from his uncle Mohan.

3. On 19 June, 1589, Guru Arjan Dev was married to Mata Ganga. She was the daughter of Bhai Krishan Chand of the village Mau, 10 km west of Phillaur in the State of Punjab, India. His son's name was Hargobind Singh, who became the sixth guru of the Sikhs after Guru Arjan Dev.

4. In 1581 A.D, the fourth Guru Ramdas, appointed Arjan Dev as the fifth Guru of the Sikhs in his place.

5. In 1588 A.D, Arjan Dev had laid the foundation of Harmandar Sahib in the middle of Amritsar Talab which was built by Guru Ramdas and today is known as Golden Temple. Let us tell you that for this Guru Arjan Dev invited Mian Mir, a Muslim Saint from Lahore to lay the cornerstone of the foundation of the Harmandar, the present Golden Temple. The doors on all four sides of the building signified its acceptance of all the four castes and every Religion. Around 400 years old this temple map was prepared by Guru Arjan Dev himself.

6. He initiated the compilation of the Holy book, the present Guru Granth Sahib. This is the most valuable achievement of Guru Arjan dev and this he had done with the help of brother Gurdas. He also contributed more than 2,000 hymns himself and wrote the Sukhmani Sahib Bani. Do you know that there are total 5894 hymns in Guru Granth Sahib, out of which more than 2000 are of Guru Arjan Dev. And rest of the hymns are of the celestial utterances of Sheikh Farid and Bhagat Kabir, Bhagat Ravi Das, Dhanna Namdev, Ramannand, Jai Dev, Trilochan, Beni, Pipa and Surdas.

8. Guru Arjan Dev became popular spiritual figure and various people from different religion and faith come to meet him and seek his blessings. During his tenure, the Sikhism developed steadily, more and more Hindus and Muslims also became the followers of the guru. Soon Sikhism became the prominent popular religion of medieval Punjab.

9. The Orthodox Emperor Jahangir felt threatened by the spreading of Sikhism in his empire. He ordered to arrest Guru Arjan Dev and convert to Islam or undergo torture and execution. The Guru remained loyal to his faith till the end. In 1606, the Guru Arjan dev was imprisoned in Lahore Fort. As, he has refused to convert, he was subjected to severe torture. In hot boiling water, he was immersed which scaled his flesh and then was made to sit on a hot burning plate. Further, more tortured and hot sand was poured over his body. With the God's name on his lips, the tortured remained for several days. After this, the Guru was allowed to take bath in the river Ravi. On, 30 May, 1606, Guru Arjan Dev entered the river and never seen again.

10. Guru Arjun Dev was the first martyr of Sikhism. The place where Guru Arjun Dev Ji's body was extinct in the River Ravi, Gurudwara Dera Sahib (now in Pakistan) has been built. Shri Guru Arjun Dev Ji is remembered for his humility. He was very peaceful and saintly person.

History of the Punjab | Sikh Warrior