In this article, we have mentioned India's rank in various indexes in 2019-2020. These rankings are important examination topic for the candidates preparing for UPSC, SSC, RRB, Bank PO/Clerk or any other government and competitive examinations.

Every year, various International Reports and Indexes are released to differentiate the countries on the basis of their health, education, women empowerment, trade, and business etc. In this article, we have published the reports of some famous international institutions like the World Bank, IMF, and the World Economic Forum.

HDI was developed by Pakistani economist Mahbub ul Haq and later on helped by the Indian economist Amartya Sen.

The latest HDI report 2020 was released by the UNDP in on 24th October 2019. The title of this latest report was “Beyond income, Beyond averages, Beyond Today: Inequalities in Human Development in the 21st Century”

This index is released by the Business school INSEAD in collaboration with Addeco and Google.
This year this report is based on the Global Talent in the Age of Artificial Intelligence.

This report is published by the World Bank every year. It was started in 2002. This report basically says, how easily a business can be started in a country? If a country has many obstacles like red-tapism and approval formalities then ranking of that country will be low for sure.

India is doing very well in this ranking. Indian Rank is 63rd in 2019 which is the improvement of the 14th places from the last year’s ranking.

Since 2017 till 2020, New Zealand is on the top position and Singapore is on the second spot for the same period.

This report is released by the World Economic Forum every year. In the Competitive Report 2019 India slipped down to 10 places and ranked at 68th position. Singapore topped the index followed by the USA and Hong Kong.

This report was first published in 2004. There are 141 countries that participated in 2019’s ranking.

The report has twelve pillars of competitiveness; their names are as follows;

5. Production of new goods using the most sophisticated production processes

This report is published by the World Economic Forum every year. Its benchmark includes four dimensions;

Indian rank: 112 (4 places down from the previous year). India is behind the neighbouring country like; China, Nepal, Srilanka, and Bangladesh. Iceland (first rank) is the most gender-neutral country while Yemen is the least. 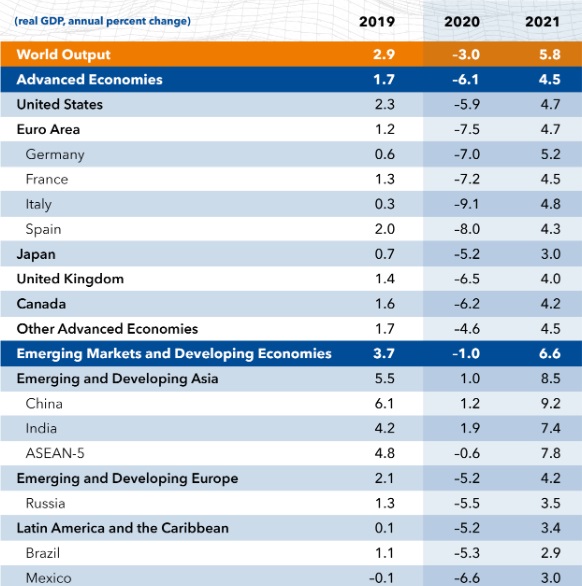 IMF projected that the Indian economy will grow at the rate of 1.9% in 2020 while in 2021 this rate would be 7.4%. Indian origin Gita Gopinath is the Chief Economist at the IMF.

So these were some important reports published by the top Institutions of the world. These reports and rankings are very important for various competitive exams.