Do you know about stem cell, what is its importance, where they are used etc? Even Japanese government has given permission for the trial of human induced pluripotent stem cells to treat spinal cord injury. How it works? What is embryonic stem cell, adult stem cell, difference between embryonic and adult stem cell. Let us study through this article.

Induced Pluripotent Stem Cells are also known as iPS cells or iPSCs which are a type of pluripotent stem cell that can be generated directly from adult cells. Or we can say that iPSC are derived from skin or blood cells that have been reprogrammed back into an embryonic like pluripotent state which enables the development of an unlimited source of any type of human cell needed for therapeutic purposes. For example to treat the diabetes, iPSC are prodded into beta islet cells, to make new blood cells free from cancer cells for a patient suffering from leukaemia or for treating neurological disorders etc. Whereas additional researches are going on and no doubt iPSC is a useful tool for drug development and modelling of diseases. Also, scientists use them in transplantation medicine.

Do you know about stem cells?

Stem cells are primitive sells that have the potential to differentiate or develop into a variety of specific cell types. That is they have potential to develop into different or specialised cell types. Basically they are unspecialised primitive cells that have the ability to divide and become specialised cells of the body like liver cells, muscle cells, blood cells etc. They are referred to as undifferentiated cells because they have not yet committed to a path of development and to form a specific tissue or organ. The process of changing into specific type of cell is known as differentiation. Do you know that in some areas of the body, stem cells divide regularly to renew and repair the existing tissue?  For example bone marrow and gastrointestinal tract where stem cells divide to make the tissue new and repair them. 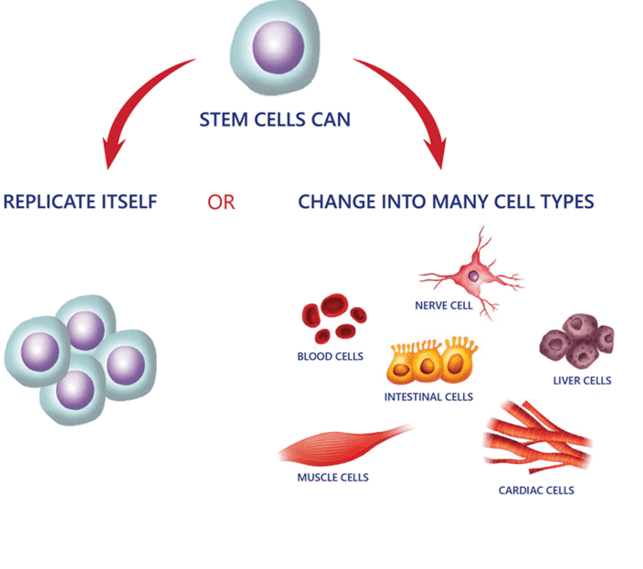 Source: www.azspinediscandsport.com
Even fertilised egg or zygote is best example of stem cell in the humans. Zygote is a single cell and is formed by the union of a sperm and ovum. Half of the genetic material is present in sperm and ovum during fertilisation which is required to form a new individual. When zygote or single cell starts dividing it is known as embryo. In this way cells divide and divide and form an organism which is made up of several specialised cells. So, we can say that the organism or human being is a complicated structure consisting of many, many billions of cells with different functions like eyes, heart, colour of the skin etc. All of the specialised cells are made up of original zygote or are descendents of the original zygote, a stem cell with the potential to develop into all kinds of the cells of the body. Therefore, the cells of a zygote are totipotent, that is they have the capacity to develop into any type of cell in the body.

Due to two important characteristics stem cells are distinguished from other types of cells:
1. They are unspecialised cells which are capable of differentiating and become new cell through cell division even after sometimes of long periods of inactivity.

2. Under certain physiologic or experimental conditions, they can be induced to form tissue or organ, specific cells with special functions. Like in bone marrow or gut, stem cells regularly divide to repair and replace worn out damaged tissues. Whereas in pancreas or heart that is in other organs stem cells divide only under special conditions.

Why stem cells are important?

It represents an exciting area in medicine due to its capability of regenerating and repairing the damaged tissue. That is why in bone marrow transplantation stem cells are required. Some therapies are still under investigation that transplanting stem cells into a damaged body part and direct them to grow into a healthy tissue.

What is embryonic stem cell? 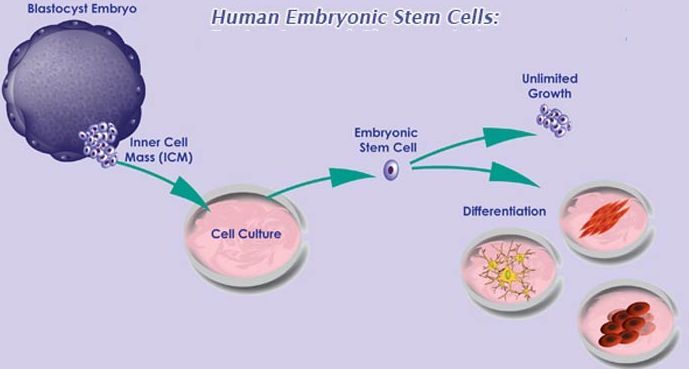 Source: www.stemcellthailand.org.com
When embryo develops so at an early stage the cells remain undifferentiated or immature and have an ability to become or possess into any tissue within the body. For example, cells taken from one section of an embryo might become part of the eye and can be transferred into another section of the embryo and could develop into blood, muscle, liver etc.
Let us tell you that cells at the early embryonic stage are totipotent and can be differentiated to become any type of body cell. After seven days approximately, the zygote develop into a structure known as blastocyst which has mass of cells that eventually become the foetus the placenta. And, if cells are taken from the blastocyst then at this stage they are known as pluripotent that is they have the capacity to become various different types of human cells. And at this stage the cells are referred as blastocyst embryonic stem cells. Do you know that when any type of embryonic stem cells is grown in culture in the laboratory, they can divide and grow indefinitely? Then, these cells are known as embryonic stem cell lines.

What is DNA Technology Regulation Bill 2018?

Do you know that after eight week of development the embryo is referred as foetus which contains stem cells that are pluripotent and eventually develop into various tissues of the body in the foetus?

What is adult stem cell? 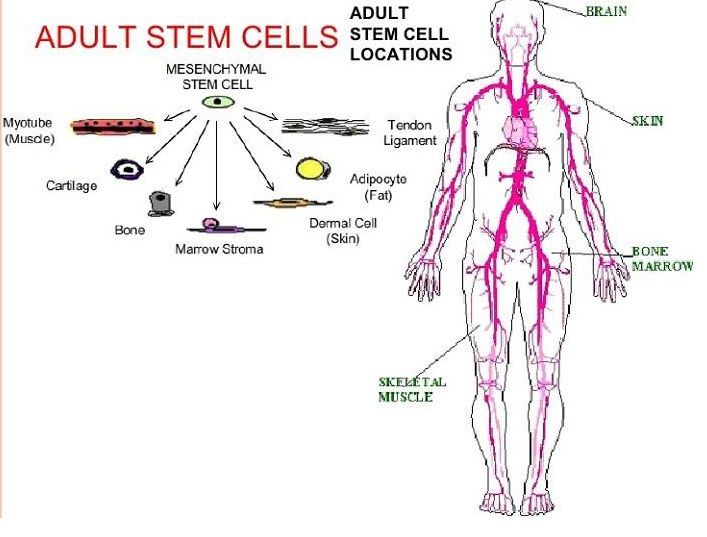 Source: www.openpr.com
Do you know when we talk about bone marrow transplantation, a stem cell transplant, or a blood transplant, the cell that is transplanted is the hematopoietic stem cell or blood stem cell. This is a very rare cell and is found in the bone marrow of the adult.

Embryonic stem cells can be grown relatively easily in culture. Whereas Adult stem cells are rare in mature tissues, so isolating these cells from an adult tissue is challenging and to expand their numbers in the cell culture methods have not yet discovered.

So now you may have come to know about the meaning, history, significance of iPSC, stem cell, adult stem cell, differences between them etc.