International Day against drug abuse and illicit trafficking 2020: It is observed on 26 June every year to to spread awareness about the major problem that illicit drugs represent to society. Let us have a look in detail about the day, current theme, history and key facts. 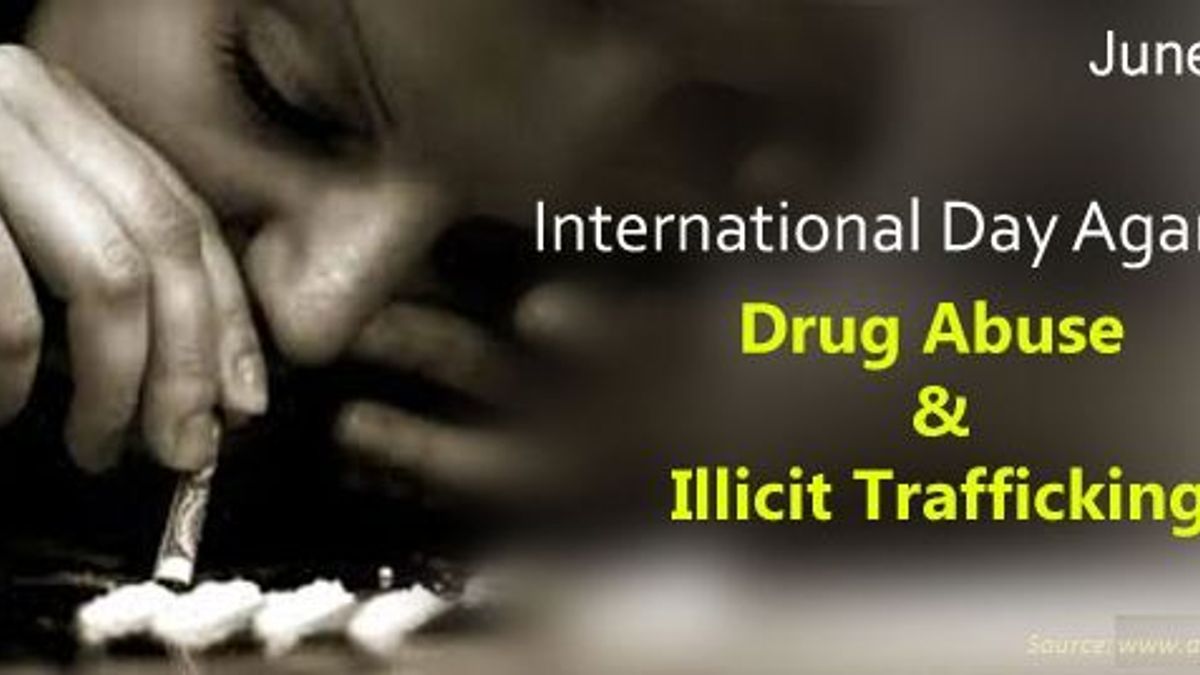 International Day against drug abuse and illicit trafficking 2020: It is also known as 'World Drug Day'. According to UN, around 269 million people used drugs worldwide in 2018, which is 30% more than in 2009. Over 35 million people suffer from drug use disorders.

The decision to mark International Day against Drug Abuse and Illicit Trafficking was taken on 7 December 1987 via resolution 42/112 of the United Nations General Assembly. The key objective of this assembly was to strengthen global action and cooperation in making the international society free of drug abuse.

On 26 June, every year International Day against Drug Abuse and Illicit Trafficking is observed to spread awareness about the extreme cultural and economic harm the trade is still doing across the globe. It is necessary to strengthen global action and cooperation to achieve the goal of an international society of drug abuse.

If we will not reduce the demand for illicit drugs, we can never fully tackle cultivation, production or trafficking. To tackle the problem that illicit drugs is supported by communities, different organisations and people from all over the world. The main principle of them is to protect the youth and to promote welfare to human kind.

In 2020 the theme is 'Better Knowledge for Better Care'. The theme focuses on the need to improve the knowledge , understanding about the world drug problem and how better knowledge will help in increasing international cooperation for counteract the impact on health, governance and security.

In 2019 the theme is ‘Health for Justice. Justice for Health’ which emphasises on the philosophy of justice and health are “two sides of the same coin”. As per United Nations, to address the drugs associated problems, accountable institutions of criminal justice, health and social services should work together to provide integrated solutions.

In 2018 the theme is “Listen First - Listening to children and youth is the first step to help them grow healthy and safe." which is a UNODC initiative to increase support for prevention of drug use that is based on science.

According to United Nations Office on Drugs and Crime (UNODC) executive director “By listening to the needs of children and young people, prevention can contribute to their safety, health and well-being, and enable them realize their potential. All our societies would be better off if more resources were devoted to supporting evidence-based drug prevention strategies, which are a sound and effective investment in families, schools and communities”.

No doubt prevention is better than cure that is why emphasis is on the lives and futures of the next generation.

Also, Research suggests that early-to late adolescence is a critical risk period for the initiation of substance use. To grow healthy and safe life for young people it is necessary to break the chain of social, neurological and psychological factors and inequalities that can increase susceptibility to drug use disorders.

The 93rd plenary meeting on Drug Abuse and Illicit Trafficking was held on 7 December, 1987 in which the United Nations General Assembly recalled its 40/122 resolution of 13 December, 1985 to fight with this menace. An International Conference on Abuse of drugs and its illegal distribution at the ministerial level at Vienna in Austria was the first step initiated by the UN Secretary-General. On 26 June, since 1988, it is observed annually which is a symbolic date that commemorates the dismantling of the opium trade in Guangdong.

We can't ignore the fact that illicit drugs and their trafficking pose a large health threat to humanity. It long term use can even cause poor health, contraction of diseases through needle sharing, poor self-hygiene, psychological illness, death from over dose etc. Therefore, this day also serves as an opportunity for Member Nations to reaffirm their support for UN Conventions that attempt to control the world's drug supply.

Do you know what is drug abuse?

Drug abuse is also known as drug addiction which is a psychiatric, social and psychological problem that not only affects the youth of the entire world but affects a large area of people of different age. It ruins the people and society socially, physically, culturally, emotionally and economically. Drugs generate a condition of fear, anxiety and a sense of insecurity in the people. It directly affects grey matter of brain and nervous system which makes difficult for them to give proper response. Addiction of drugs can cause severe loss of appetite and weight, constipation, increased anxiety and irritability, sleeplessness and gradual impairment of intellectual functioning. They arouse as pain relievers and sleep inducers.

What is Illicit Drug Trafficking?

Do you know that trafficking of drug is an international illegal trade that involves the production, cultivation, dissemination and sale of substance which prohibited according to the basic laws? In order to study the menace of this The United Nations Office on Drugs and Crime (UNODC) effectively monitor and research illegal international drug markets. The Northern trade routes and Balkan areas are the main drug trafficking areas that link Afghanistan to the massive market of other international drug markets in Eastern and Western Continents.

How is International Day against drug abuse and illicit trafficking celebrated?

- Several seminars, exhibitions and lectures in all the countries are organised to spread awareness about drug abuse.

- Various campaigns are also organised in which youth, NGO workers etc. participate to tell the consequences on the individual, family and friends around him of drugs.

- Even people who are drug addicted come forward and tell their experience about the steps taken by them to leave drugs or stay away from drugs.

- By organising such events, people who really want to leave drugs are motivated and get benefit in getting out through this menace.

- The government of India has introduced stringent rules to curb the menace of drug abuse and its trafficking.

- The Narcotic Anonymous, a Non-Governmental Organizations even provides counselling and treatment to several drugs abusers and restore their disturbed lives.

Therefore, we can say that International Day against drug abuse and illicit trafficking is celebrated to spread awareness about the drug abuse and its side effects that not only affects the individual health but as a whole society, family etc.