The Jim Corbett National Park was named after the Edward James Corbett a British hunter, tracker, naturalist, and author. This national park is located in the Nainital district of Uttarakhand. Read this article to know many facts about this park. Temperature Range: 4°C in winter to 42°C during summer

Climate: temperate, throughout the year

During its inception, the name of the park was Hailey National Park, which was rechristened afterward in the honor of the great conservationist and naturalist Jim Corbett, who hunted down tigers that had turned man-eaters in Kumaon, Uttarakhand, between 1907 to 1939.

Jim Corbett believed in the conservation of the ecosystem and wildlife, especially tigers and that is why Jim Corbett National Park was chosen as the venue for the inauguration of 'Save the tigers' project in India. 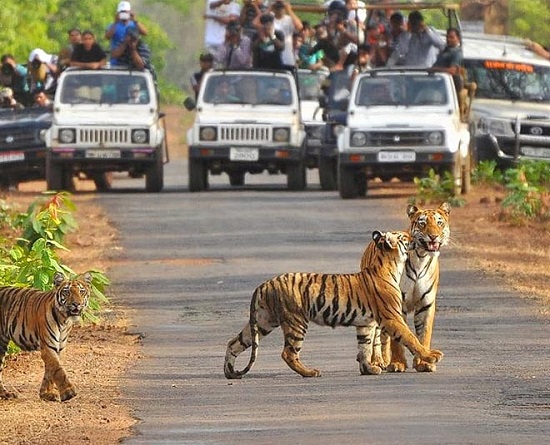 The project tiger was launched in 1973. The basic intention of Project Tiger is to maintain the ecological balance of nature and conserve extant ecosystems. The project seeks to establish a natural link between the wildlife & flora of national parks and sanctuaries and the humans living on their peripheries. It also seeks to create awareness about harm to environment and preservation efforts.

Spread across the districts- Nainital and Pauri, the Corbett National Park covers an area of 1288 sq. km, together with neighboring reserves- Sonanadi Wildlife Sanctuary and Reserve Forest. It is home to approximately 110 tree species, 50 mammals' species, 580 bird species, and 25 reptile species that are found both in the lower and higher regions of the park.

The climate of the Park:

Best Time to Visit: January to March & November to December

Jim Corbett National Park is home to around 50 mammals, 577 birds and 25 reptiles.

Species of Birds are divided into 5 categories in Jim Corbett National Park: