Kathy Sullivan: All you need to know about the first person to visit both space and the deepest point in the ocean

Kathy Sullivan: Ex- NASA Astronaut Kathy Sullivan becomes the first person on Earth to visit both space and the deepest point in the ocean-- Challenger Deep. 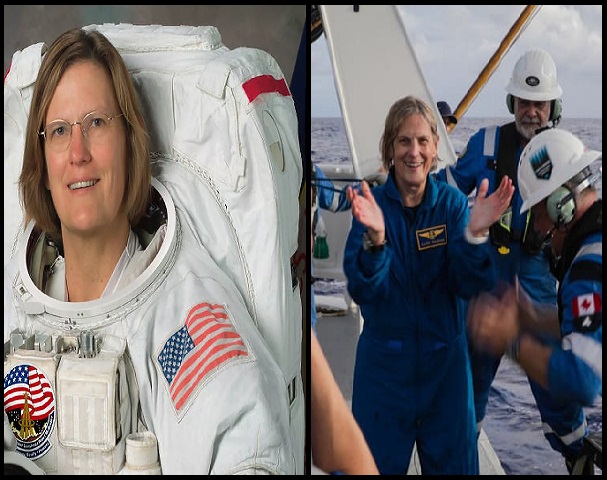 Kathy Sullivan, the first American woman to walk in space achieves another record after 25 years becoming the first woman to reach the ocean's deepest point. Only 8 people across the world have reached the deepest point in Earth's seabed hydrosphere and nearly 550 people have visited the space. But, Kathy becomes the first and the only person to both.

The NASA Astronaut and Oceanographer, Kathy Sullivan emerged from her 35,810-foot dive to the Challenger Deep, which is the deepest known point in the ocean, as part of the Ring of Fire Expedition. The event was organised by the EYOS Expeditions.

What is Challenger Deep?

Challenger Deep is the deepest point in the ocean on Earth with a depth of 10,902 to 10,929 m. It lies nearly 7 miles i.e., 11 kilometres below the Pacific Ocean's surface, at the southern end of the Mariana Trench.

Who discovered the Challenger Deep?

Some argue that the H.M.S. Challenger, a British ship discovered the Challenger Deep while others have different opinions on the discovery of the deepest point in the ocean.

Dive to the Challenger Deep

As per the company coordinating the mission, Sullivan is the eight-person on the Earth to achieve this goal. The 68-year-old, pilot and oceanographer, co-piloted a submersible 'Limiting Factor' with the investor and adventurer Victor Vescovo.

The astronauts at the International Space Station were called after the two came back on the surface to compare notes.

Victor Vescovo and Kathy Sullivan spent nearly 10 hours on the Limiting Factor-- 4 hours to descend, 1.5 hours on the ocean floor and 4 hours to get back on the surface.

Challenger Deep is deeper than the Mount Everest i.e. 1.6 km deep. At such a depth, the water is dark and is barely above freezing. Also, the pressure there is  8 tons per square inch, 1,000 times more the pressure at sea level.

Kathryn D. Sullivan aka Kathy Sullivan in her 15 years career with NASA flew three space shuttle missions. In 1978, She became the first women who got selected for the NASA Astronaut Corps. On October 11, 1984, Kathy became the first woman to walk in space outside the Challenger shuttle.

Kathy also pursued her passion for oceanography and in the year 1993, she was appointed as the Chief Scientist of the National Oceanic and Atmospheric Association (NOAA) and during 2014-2017, served as its administrator. Before pursuing her career as an astronaut with NASA, Sullivan participated in one of the first attempts to use a submersible to study the volcanic processes that make the ocean crust.

After Kathy Sullivan, the mountaineer Vanessa O’Brien (55) is set to dive to the Challenger Deep.