Former Union Minister and BJP leader Manoj Sinha has been appointed as the new LG of Jammu and Kashmir after President Ram Nath Kovind has accepted the resignation of Girish Chandra Murmu, former LG Jammu and Kashmir. 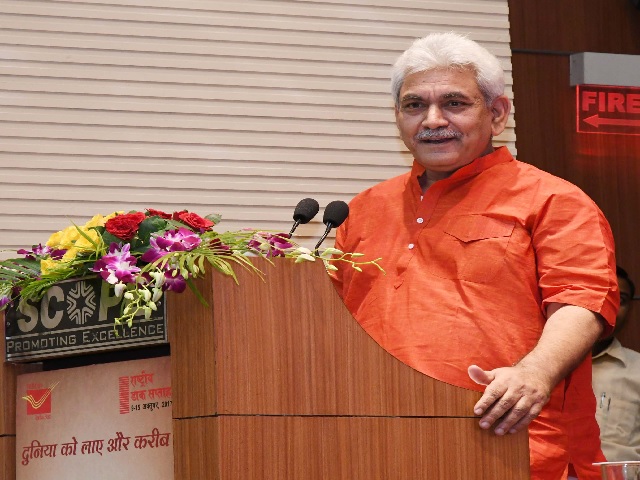 Manoj Sinha to be the new Lieutenant Governor of Jammu and Kashmir as President Kovind accepts the resignation of Girish Chandra Murmu. pic.twitter.com/QPS5D1jO8h

Manoj Sinha was born on July 1, 1959, in Mohanpura, Ghazipur District, Uttar Pradesh. He is a post-graduate (M.Tech) in Civil Engineering from  Indian Institute of Technology (BHU), Varanasi. During 1999-2000, he was a member of the General Council, School of Planning. He was also been a member of Committee on Energy and Committee on Government Assurances.

On May 8, 1977, Manoj Sinha married Neelam Sinha. The couple has a daughter and a son.

He became an active member of ABVP (Akhil Bharatiya Vidyarthi Parishad), the youth wing of BJP. In the year 1982, Manoj Sinha was elected as the President of BHUSU (Banaras Hindu University Students Union). He became a member of the BJP National Council in the year 1989 and remained as its member till 1996. He became a part of active politics when he was elected to the Lok Sabha in the year 1996 and for the second term in 1999 from Ghazipur Constituency, Uttar Pradesh. In 2014, he was elected to Lok Sabha for the third time from Ghazipur Constituency, Uttar Pradesh.

A leading magazine listed him amongst the seven most honest Members of Parliament. He is a silent performer and maintains a low profile. He has also set an example for other by utilising his entire MPLAD Fund for the welfare of the people of Ghazipur Constituency (from where he was elected to Lok Sabha).

On August 6, 2020, he was appointed as the new LG of Jammu and Kashmir after the resignation of Girish Chandra Murmu.

2nd LG of Jammu and Kashmir

Minister of State, Government of India