Math riddles with answers: These math riddles look simple, but we bet you won’t be able to solve these!

Sometimes, the simpler and safer-looking roads actually have the most hurdles. We aren’t talking about a haunted lane, we are talking about these math riddles. Check them out!

Math is not only a tough subject but also a deceiving one. Sometimes, an easy-looking math question becomes the most difficult one once you try solving it.

Have you ever experienced a situation in school when you had a glance at the math question paper and found it super interesting, but when you start reading the questions, you find that it is the hardest of all the exams you have attempted in your present and past life?

Math is a subject that has the ability to make you forget to sleep. It has the most complex equations, the most difficult formulae, and the most complicated numbers. No matter how bad you are at science or language, the subject of math always required some extra effort, practice, and sleepless nights.

Have you ever seen someone excelling at math? Yes, rare are those individuals who do give their math exams with the utmost spirit and confidence and come out with flying colors. They are actually God's favorite beings, as they never have to go through the scolding of their parents for the subject of math.

Indeed, many people deny the importance of math in everyday life, but still, math is still considered one of the most important subjects in academics. Why do you think it is so?

Well, this is because separating math from humankind is next to impossible. Ever since humans started collecting raw materials from nature, math has been an important aspect. Ever since man has learned to feed himself and others through the materials available, it has incorporated counting and measuring substances. One can never separate man from math.

Thus, whether you like the subject or not, you cannot stop math from scaring you just like it did back in school.

Today, we present some math riddles that will give you the same vibe. 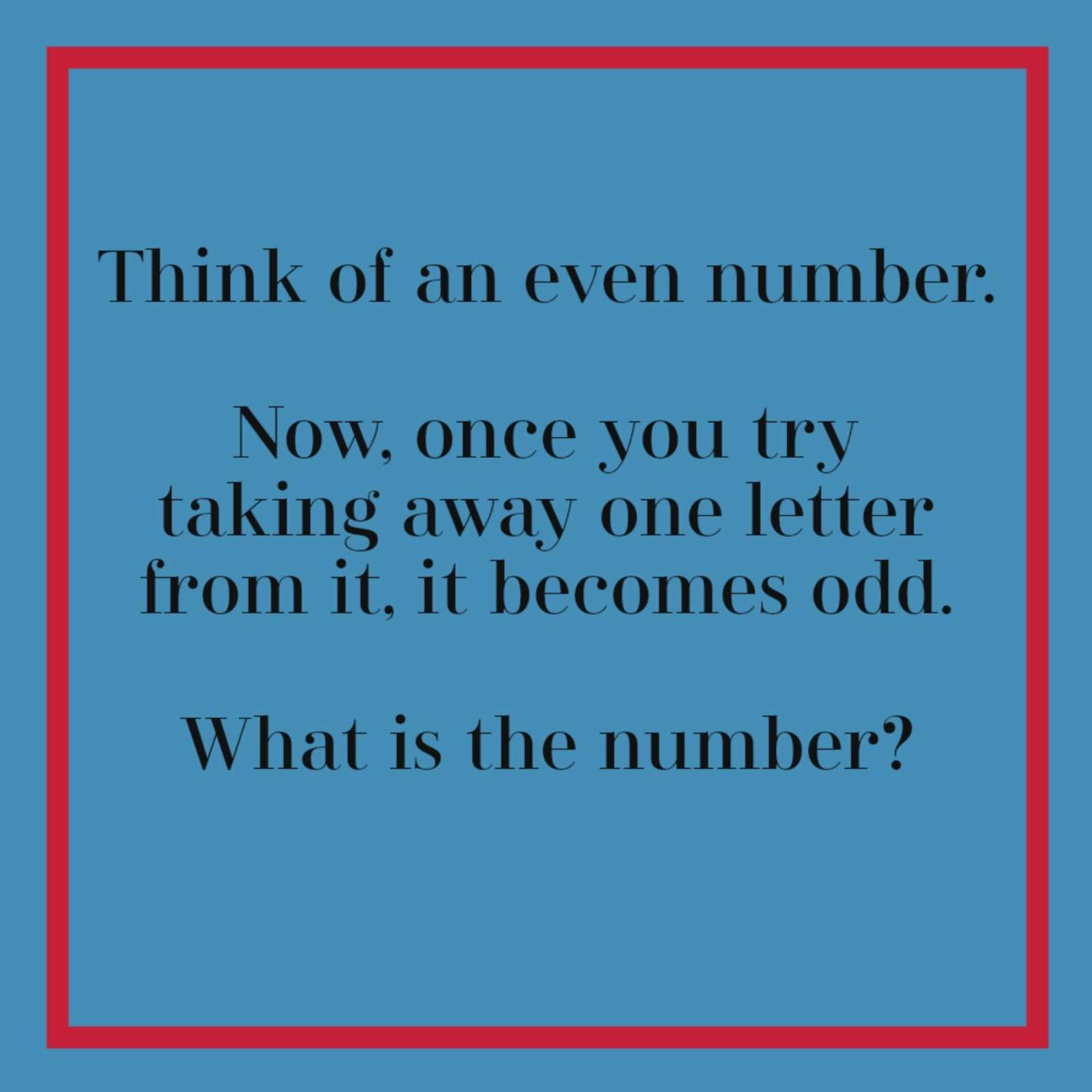 Think of an even number. Now, try taking away one letter from it, it becomes odd. What number is it?

Come on, put on your thinking caps!

Imagine yourself being born in an odd-numbered year. After 50 years, on your 50th birthday, will it be an odd year or an even year?

Think of an even number. Now, try taking away the first letter from it, it becomes odd. What number is it?

SIX. Remove the first letter from the word, and it becomes IX. This is a representation of the number 9 in Roman numerals.

Come on, put on your thinking caps!

Imagine yourself being born in an odd-numbered year. After 50 years, on your 50th birthday, will it be an odd year or an even year?

Didn't we tell you these would be hard? Well, yes, they were pretty hard to digest, but that is the actual fun!

Optical illusion: Finding the hidden dragonfly is next to impossible! Wouldn’t you try finding it?