Zoom App: The Ministry of Home Affairs has warned the users of Zoom App that it is not safe to use because it is vulnerable to cyber-attacks. However, if you still want to use this app, check the MHA guidelines in the article below. 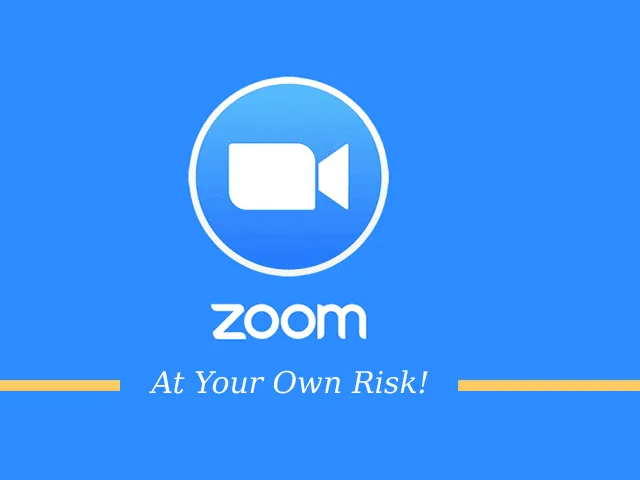 As the world is facing global pandemic, the people are connecting through social media virtually. Amidst this, video conferencing app Zoom has dethroned all other apps becoming India's most downloaded Andriod app. The USP of this app is that you can connect with 100 participants via a video conference call. However, in a recent notification, the Ministry of Home Affairs has warned the users of Zoom App that it is not safe. Several countries like Germany, Singapore and Taiwan have already banned the application.

In a 16-page advisory, the Cyber Coordination Centre (CyCord), Ministry of Home Affairs, has warned that the app has many weak points and is vulnerable to cyber-attacks, which may lead to the leakage of the sensitive information to the criminals. Ministry of Home Affairs further stated that people who are still willing to use the Zoom app must follow certain safety measure.

Zoom App: Here's all you need to know about India's most downloaded Android app

1- Create a new user ID and Password for every zoom meeting.

2- Create a waiting room in the app. This will allow the user to enter the meeting when the permission is granted by the host.

4- Set screen sharing by Host only.

5- Disable the feature of allowing removed participants to re-join the conference call.

7- When all participants have joined the conference call, lock the meeting.

9- If you are an administrator, end the meeting before leaving the conference.

This notification was released by the Ministry of Home Affairs after it received many complaints about the instances where hackers hijack the video calls midway through conferences or the passwords are leaked. Earlier, Indian Computer Emergency Response Team (CERT-in) warned the users that Zoom app is not safe to use and Ministry of Home Affairs also made it clear that the app won't be used by the government officials.

WhatsApp: Here's why the status limit has been set to 15 seconds for the Indian users