What is MPLADS or Sansad Nidhi Yojna?

The Union Cabinet approved an ordinance to cut the salaries by 30% of the Prime Minister, in addition to all the ministers and sitting MPs for a year keeping in view the Coronavirus crisis and suspended MP Local Area Development Scheme (MPLADS) for two years. 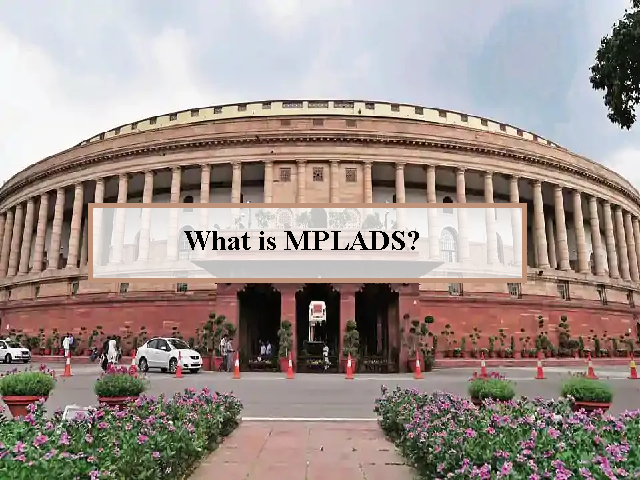 The Union Cabinet approved an ordinance to cut the salaries by 30% of the Prime Minister, in addition to all the ministers and sitting MPs for a year keeping in view the Coronavirus crisis and suspended MP Local Area Development Scheme (MPLADS) for two years.  However, after the suspension of MPLADS funds by the Union Cabinet for two years, the Opposition parties reacted sharply to the decision while they welcomed the 30% pay cut decision.

The MPLADS or MP Fund Scheme or Sansad Nidhi Yojna is a scheme run by the Central Government in which MPs (Lok Sabha and Rajya Sabha and nominated) are given financial assistance every year for carrying out development work in their constituencies. The MPLADS was started on 23 December 1993 by the then Prime Minister PV Narasimha Rao.

As of February 1994, the MPLAD Scheme was under the control of the Ministry of Rural Development but in October 1994 it was transferred to the Ministry of Statistics and Program Implementation.

Who spends the MPLADS Fund?

Where the MPLADS Fund is spent?

The MPLADS Fund is spent by the MP in his parliamentary constituency keeping in view the need of the local people in the field of public interest like education, drinking water, health, sanitation, road, library etc.

Other features of the MPLAD Scheme:

2. The Member of Parliament, who selects the district as the Nodal District, has to inform the Ministry of Statistics and Program Implementation as well as the State Government and the District Magistrate about the district.

3. If the Lok Sabha constituency is spread over more than one district, then the Member of Parliament has to choose any one district as the nodal district.

4. During the entire lifetime of a single society or trust, no more than Rs 50 lakh can be spent from MPLAD fund on one or more functions. If a society/trust has already spent more than 50 lakhs, then no more money can be given to it. However, this amount has been increased to 1 crore from the Financial Year 2012-13.

5. The sanctioned amount for any scheme under MPLADS should not be less than Rs 1 lakh. However, if the District Authority believes that a lesser amount is needed to complete the work and if it is beneficial for the public, then the amount is sanctioned even if it is less than a lakh.

Amount of the MPLADS Fund increases every year:

The amount of this fund increases every year. That is, if an MP is unable to spend the entire amount in the current Financial Year, then the remaining amount is added in the next Financial Year.  In the Vajpayee government, Rajya Sabha MP and Disinvestment Minister Arun Shourie collected the amount of six years of his tenure and built a conservation centre at IIT Kanpur which costs INR 12 crores.

Many MPs welcomed 30% pay cut for a year amid the coronavirus crisis in India, but, they are of the view that the suspension of the MPLADS Funds for two years will be a hindrance from fulfilling their electoral promises.