11 Must-Watch Movies Based on Best-Selling Books

There have been several movies based on books throughout the history of cinema. Most of them are excellent, but some are just a cut above the rest. And so, we bring you a list of 11 must-watch movies based on best-selling books.

It’s one thing to read and imagine a story, and another to witness it on the big screen. That’s what happens when books are adapted into feature films. A best-selling book is a recipe for assured box office success.

A ready-made story is served on a platter to the filmmakers, who only have to cut it down to two or three hours. Another benefit is that the audience is aware of the story as well and would love to see their imagination portrayed visually. So the movie will have good word of mouth before and after its release.

The visual medium will always be preferred over the written medium, and some stories shouldn’t just remain on pages. Thus, we’re here with the 11 best movies that were inspired by books.

1. To Kill a Mockingbird 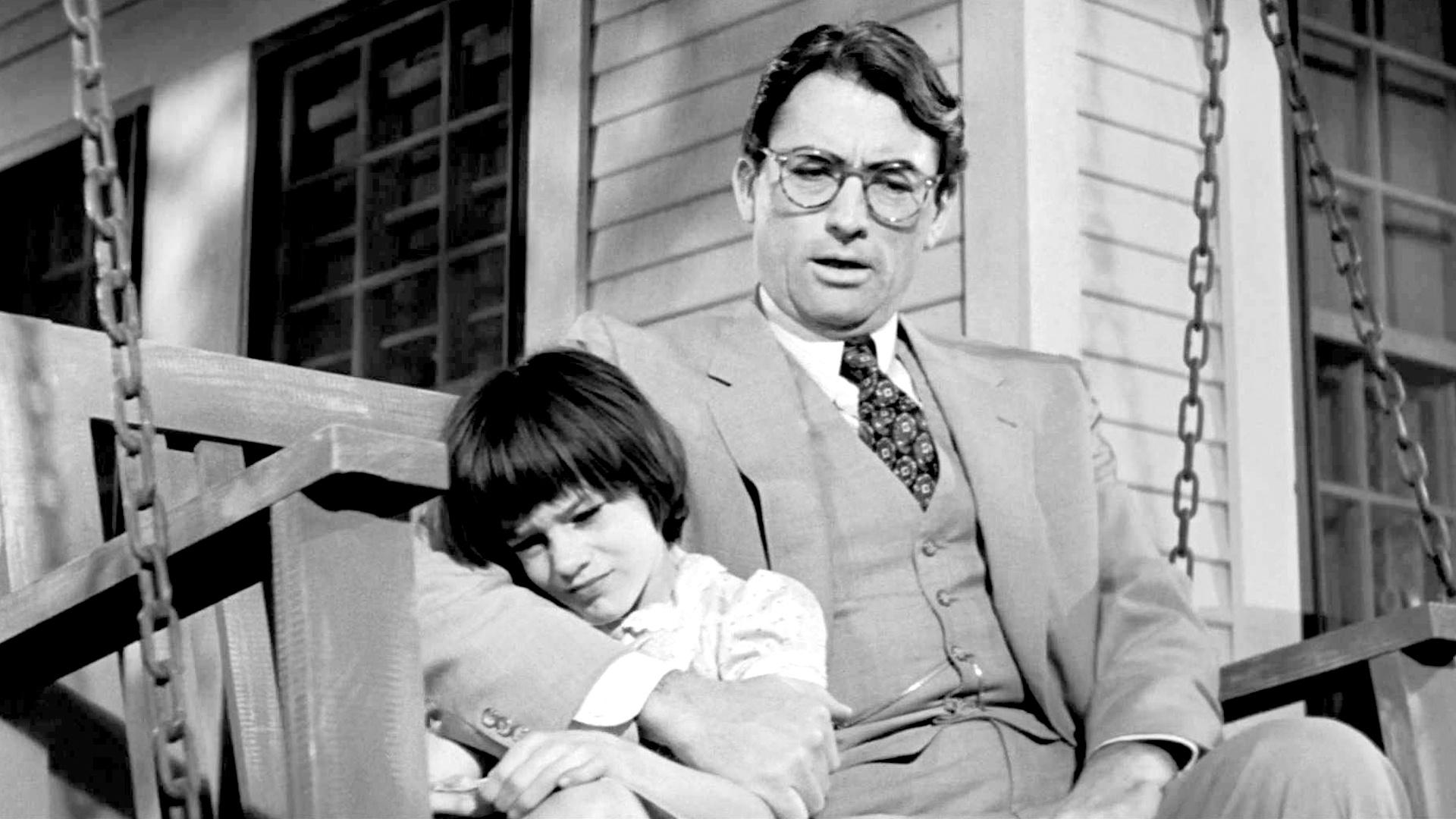 To Kill a Mockingbird centers on a young girl, Jen Finch, who observes her father, Atticus, as he defends an African-American man accused of assaulting a white woman in ‘1930s America. To Kill a Mockingbird tackles sensitive themes of racial inequality and sexual assault but never passes judgement. 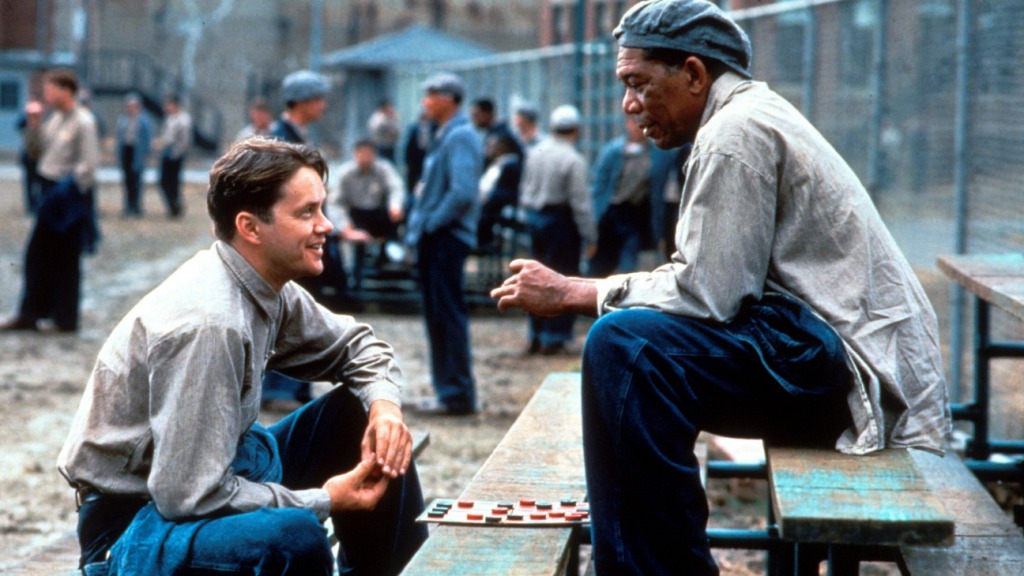 The Shawshank Redemption is about an elaborate prison break orchestrated by a falsely accused convict over almost two decades. The Shawshank Redemption follows Andy Dufresne, a mild-mannered banker accused of murdering his wife and her lover in cold blood. After Andy is sentenced to serve life in the Shawshank prison, he forms relationships with some prisoners and the warden.

Frank Darabont directed The Shawshank Redemption. The film wasn’t a big success at the time of its release, nor did it win any major awards, but now it’s the top-rated film on the popular movie database IMDb.

Also Read: 5 Best Movies to Learn About the 2008 Financial Crisis The Godfather is another quintessential movie that’s often considered among the greatest films of all time. The Godfather is based on the eponymous novel by Mario Puzo, who also penned the screenplay for the film adaptation. Puzo ended up winning an Oscar for his script.

The Godfather centers on the patriarch of an Italian crime family, Don Corleone, as he passes on his title to his youngest son, Michael. The Godfather is an epic tale of revenge, loyalty, and family that deserves to be seen by everyone. Francis Ford Coppola directed The Godfather and its two sequels.

4. The Lord of the Rings Trilogy

The Lord of the Rings features an A-list cast, epic action sequences, visual effects, and an emotional storyline that resonates with everyone around the globe. The series takes place on the fantasy continent of Middle Earth, where a Hobbit, Frodo Baggins, is tasked with destroying a ring of great power before it falls into the hands of the dark lord Sauron.

Fight Club is based on Chuck Palahniuk’s 1996 novel of the same name. Directed by acclaimed filmmaker David Fincher, Fight Club follows a white-collar worker, frustrated with his mundane life, as he opens up an underground fight club. The club draws other similar individuals (mostly men), who all express their inner anger by beating each other to a pulp. However, this group grows bigger and bigger and soon resorts to anarchy.

Fight Club is an essential watch for film buffs and common folk alike. The film serves as a critique of toxic masculinity but also makes striking observations on the materialistic society of today.

Fight Club wasn’t well-received at the time of its release but has gained a cult status now. Also, it features arguably the most shocking plot twist of all time, so beware of the spoilers beforehand.

Gone Girl is a psychological thriller about a couple’s brutal falling out. The film is also directed by David Fincher and written by Gillian Flynn, who also wrote the titular book. Gone Girl follows a murder investigation of a woman in which the prime suspect is her husband.

But as the events follow, it turns out the straightforward mystery is much more complicated. Gone Girl consists of several jaw-dropping twists and turns, each one more disturbing than the other.

Black Friday is a Bollywood crime film written and directed by Anurag Kashyap. Black Friday is based on the 1993 Bombay Bomb Blasts and the culprits, the Memon brothers and Dawood Ibrahim.

The blasts claimed the lives of 257 innocent people and resulted in thousands of injuries. Black Friday is based on Hussain Zaidi’s acclaimed book Black Friday: The True Story of the Bombay Bomb Blasts. Black Friday was first conceptualised as a mini-series for Aaj Tak, but Kashyap felt a feature film format would suit the story better. And he was right.

Black Friday was a critical and commercial success and is now counted among the best Bollywood films of the century. 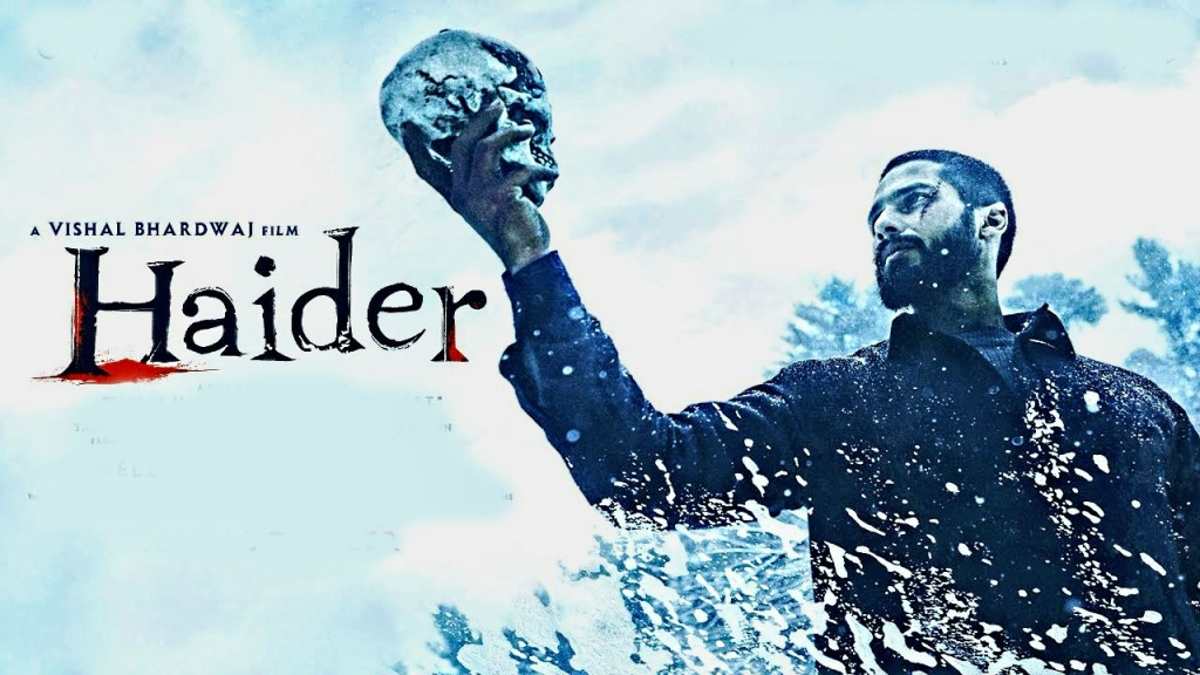 Haider is a modern-day Bollywood adaptation of William Shakespeare’s Hamlet. Set against the backdrop of the Kashmir insurgency in the '90s, Haider follows the titular character as he returns to his home in Kashmir after the disappearance of his father.

As Haider tries to find his father, he discovers shocking secrets about his family and the state itself. Haider was directed by Vishal Bhardwaj and caused controversy over its depiction of the Indian Army. However, Haider was a critical and commercial success. 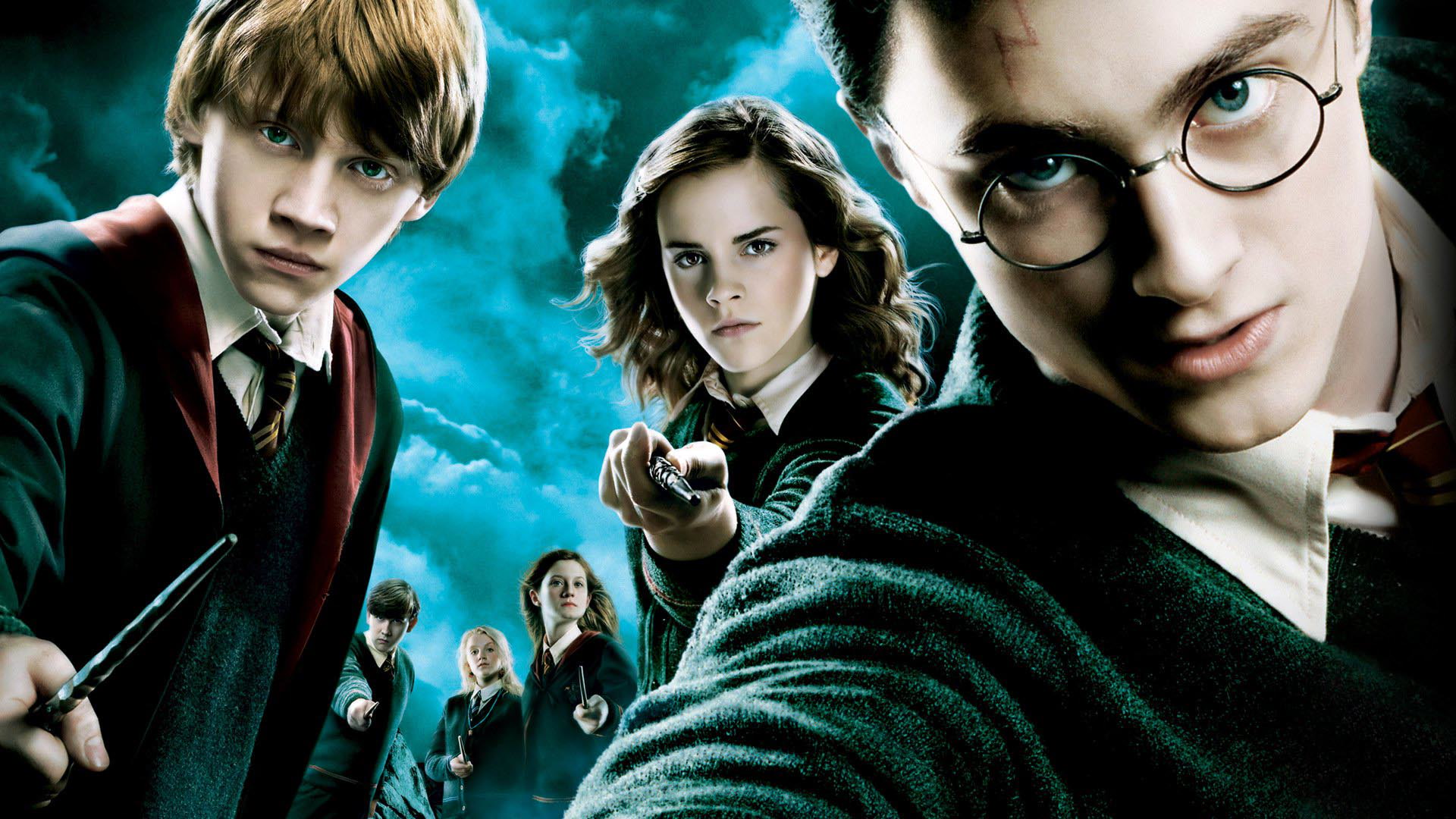 Harry Potter follows the journey of the namesake boy, living in an abusive household, who is selected to join the school of magic, Hogwarts. As Harry grows and becomes a popular student, his mysterious past comes to haunt him, and he becomes the target of the deranged wizard Lord Voldemort.

The Harry Potter series is a must-watch for all movie lovers.

Children of Men is a dystopian thriller set in the near future where humanity is on the brink of extinction after widespread infertility and the world has plunged into chaos. But when one woman gets pregnant, it falls to a bureaucrat to escort her to safety.

Children of Men is directed by Alfonso Cuaron and is based on the 1992 book The Children of Men by P.D. James. The film received overwhelming praise from critics but was not a big success at the box office. However, in the years since, Children of Men has garnered more appreciation from the audience as well. 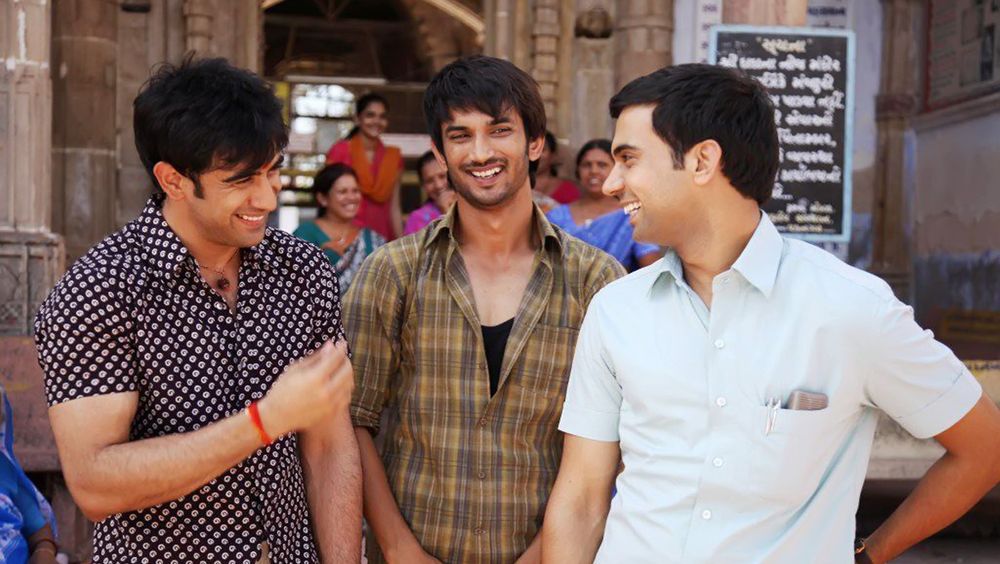 Kai Po Che! is a Bollywood drama based on Chetan Bhagat’s 2008 novel The 3 Mistakes of My Life. Kai Po Che is said to have launched Sushant Singh Rajput, Rajkummar Rao, and Amit Sadh’s film careers.

Kai Po Che! is set in the early ‘2000s Gujarat and covers events like the 2002 Godhra riots and the 2001 earthquake. Kai Po Che! centers on three friends whose bond is tested by tumultuous events, politics, and communal hatred. Kai Po Che! also has a subplot about cricket. Overall, the film is an emotional but uplifting watch and is a great movie based on a great book.

Movies and books both deliver different types of entertainment, and sometimes one surpasses the other. But that’s not to say one is better than the other. The best way to enjoy them to the fullest is to experience both. Hopefully, you liked our list of the 11 must-watch movies based on best-selling books.

We’ve covered a variety of genres from both Hollywood and Bollywood. There are plenty more amazing movies adapted from equally amazing books, but for now, these 11 will have to do. Stay tuned for more insightful articles on education, cinema, and GK. In the meantime, take another look at the list of 11 must-watch movies based on best-selling books below.

Also Read: Why Do Indian Movies Lag Behind at the Oscars

Also Read: What Is Internet Movie Database (IMDb)? All You Need to Know

Also Read: 9 Movies Inspired By Indian Mythology Everyone Should Watch

Which is the best movie based on a book?

The Godfather, To Kill a Mockingbird, and Jurassic Park are just a few of the best movies based on books. There are numerous movies that turn out to be just as good, if not better, than their literary counterparts.

Are books better than movies?

Books and movies are all different formats. Books serve to inspire imagination in the readers, while movies stimulate the visual and auditory senses. There is no better alternative to choosing between movies and books, as both offer distinct sorts of pleasure.

Should I read the book first or watch the movie?

It depends on the book and also on your taste. If you have a short attention span and are a bigger fan of watching movies and reading, then go for the movie. Otherwise, it’s always best to read the book first as that’s the medium the author chose to tell his or her story through. The author could have written a screenplay, but he wrote a book. So, try checking out the movie only after you’re done reading the novel.

How faithful are movies based on books?

An average best-seller book ranges from 300 to 500 pages, while the screenplay of even long (3-hour +) movies maxes out at 200 pages. So, some plot details and characters in the book have to be cut in order to make a feature-length film. It does affect the story, but that is also altered slightly. Sometimes, the authors themselves assist the filmmakers in making such changes. This is a necessary sacrifice but doesn’t affect the quality of the movie too much.
Get the latest General Knowledge and Current Affairs from all over India and world for all competitive exams.