NASA's watch widget reveals that five asteroids will flypast Earth in the next four days. Let us read in detail. 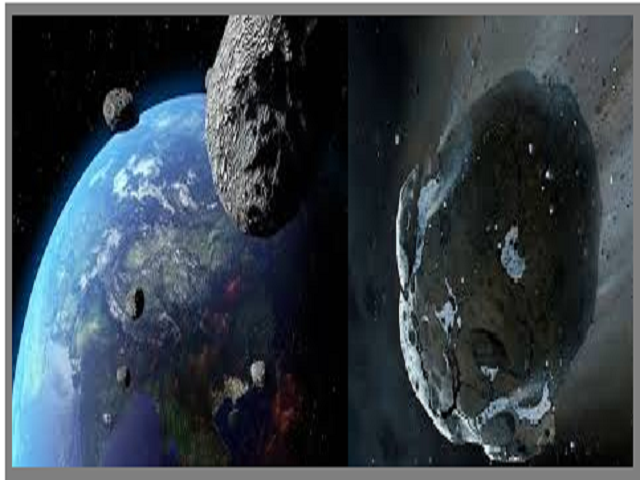 5 Asteroids will fly past Earth in next four days

NASA's watch widget tracks asteroids and comets that will make relatively close approaches to Earth. Let us tell you that the average distance between the Earth and the moon is about 239,000 miles (385,000 kilometers).

In the widget, the date of closest approach is displayed with approximate object diameter, relative size and distance from Earth for an encounter. By hovering its encounter date, the name of the object is displayed. After clicking the encounter date, it will display a Web page with details about that object.

The next five Earth approaches are displayed by NASA's widget to within 4.6 miles that is 7.5 million kilometers or 19.5 times the distance to the moon.

Now let us have a look at NASA's watch widget asteroids flypast. 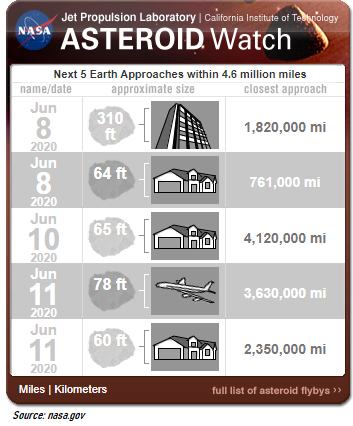 On the same day Monday, another asteroid is also going to approach towards Earth of approximate size 64 feet and its closest approach will be 761,000 miles.

On 11 June, 2020 (Thursday), one more celestial body that is asteroid is approaching towards Earth with an approximate size of 78 feet and it will flypast the Earth at a distance of 3,630,000 miles.

On the same day that is 11 June, 2020 (Thursday), one more celestial body that is asteroid is approaching towards the Earth with an approximate size of 60 feet and its closest approach will be at 2,350,000 miles.

Asteroids are also sometimes known as minor planets. They are rocky, small, airless remnants leftover from the early formation of our solar system that is about 4.6 billion years ago. These objects orbit the Sun like planets and are much smaller than planets. Various asteroids are present in our solar system. Most of them live in the main asteroid belt that is a region between the orbits of Mars and Jupiter.

Let us tell you that some Asteroids hang out in other places also like some asteroids are found in the orbital path of the planet. That is the asteroid and the planet follow the same path around the Sun.

So now you may have come to know about asteroids and in the next four days, 5 asteroids will flypast the planet Earth according to the NASA's watch widget.