What is the difference between Covishield and Covaxin? Know all about the vaccines against COVID-19 approved in India

The Drug Controller General of India (DCGI) has formally approved Serum Institute's Covishield and Bharat Biotech's Covaxin vaccines for restricted emergency use against COVID-19 in India. How do these vaccines work, to whom they will be given, etc? Let us find out here. 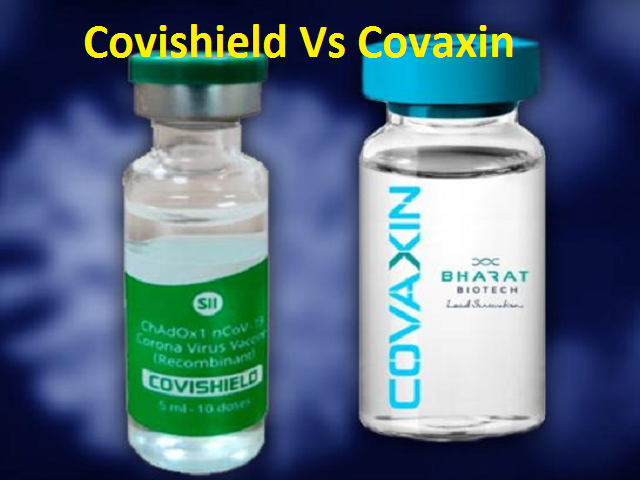 Serum Institute's Covishield and Bharat Biotech's Covaxin are the two vaccines against COVID19 that have received approval from India's Drug regulator for restricted emergency use in India.

Prime Minister Narendra Modi also tweeted that every Indian is proud that both the shots are "made in India." He further stated that “It would make every Indian proud that the two vaccines that have been given emergency use approval are made in India! This shows the eagerness of our scientific community to fulfil the dream of an Aatmanirbhar Bharat, at the root of which is care and compassion.”

According to the Drug Controller General of India VG Somani, both firms submitted data on their trial runs and both have been granted permission for "restricted use".

Let us first study how both the vaccines will work?

Covishield vaccine is developed by AstraZeneca and the University of Oxford. It is the Indian variant of AZD1222. Covishield vaccine is developed and manufactured by the Pune-based Serum Institute of India(SII) through a license from AstraZeneca and Oxford. That is it is a Recombinant Chimpanzee Adenovirus vector vaccine (Covishield), encoding the SARS-CoV-2 Spike (S) glycoprotein with technology transfer from AstraZeneca/Oxford University.

The vaccine is a "non-replicating viral vector" that is it makes use of another weakened and genetically modified virus. It carries the code to make the spike protein that is the spike on the surface of the virus. It is supposed that the immune system of the body will recognise this protein as a threat and work on building antibodies against it.

Now, the Covaxin vaccine, developed by Hyderabad-based Bharat Biotech in collaboration with the National Institute of Virology and uses a different platform.

Covaxin is an "inactivated" vaccine that uses the killed SARS-CoV-2 virus and has no potential to infect or replicate once injected and just serves to uplift an immune response. It is expected to target more than just the spike protein. It aims to develop an immune response to the nucleocapsid protein which is the cell of the virus that encloses its genetic material.

What is the new strain of the COVID-19 detected in the UK?

What does the approval mean?

As mentioned above that both the vaccines received "restricted use approval in an emergency situation" just like an Emergency Use Authorisation that countries like the UK and US have been granting to companies including Pfizer, Moderna, and AstraZeneca for their vaccines.

It means that the vaccines received approval for use despite the companies have not yet completed clinical trials. The government wanted a vaccine ready to use as the earliest for the COVID-19 pandemic. Also, the concern is about the mutation of the SARS-CoV-2 virus. Due to this new strains are found in countries like the UK and is also started to spread in the world including India.

Trial and efficacy of Covishield and Covaxin

As per DCGI, the Serum Institute submitted the data of Phase I clinical trial which was conducted over 23, 745 overseas participants and shows an overall result of 70.42 efficacy. In India, Phase-II/III was conducted on 1600 participants and the data was found comparable with the data from the overseas clinical studies. The clinical trial ongoing in the country by the firm and will continue.

On approx. 800 participants, Bharat Biotech conducted phase one and two trials and also conducted several animal trials. The results have demonstrated that the vaccine is safe and provides a robust immune response. Its third trial is going on and about 22, 500 participants took part in it. As per the data available till date the vaccine has been found effective and safe.

According to the Indian Express, All India Institute of Medical Sciences Director Dr. Randeep Guleria "This (approval for Covaxin) is like a back-up. If we find that cases don’t rise, then we stick to the SII (Serum Institute of India’s Covishield), till the Bharat Biotech data comes early next month. And if that data is found to be good enough, then they will get the same approval as the SII. Indirectly, looking at the safety profile, that (Covaxin) is a safe vaccine, although we don’t know how efficacious it is. They (the regulators) have given, I would say, a green signal to start stockpiling in case we need it.”

Who will get the vaccine first?

The country will be able to begin its mass vaccination programme as the two vaccines received approval. The government told SII and Bharat Biotech to keep "significant" doses ready so that they can be transported to over 30 Vaccination hubs in places including Lucknow, Panchkula, Chennai, and Delhi. After the company sends the vaccines, state governments are expected to mobilise the doses to the vaccination points.

In the first slot, the vaccination points will be the healthcare facilities where nearly 70 lakh public and private health professionals will be vaccinated in a time span of three months.

Next will be frontline workers who will get the vaccine and then the people aged 50 years and above. According to the Health Minister Dr. Harsh Vardhan, the government expected the first phase of vaccination and targeting around 30 crore people on priority which is to be completed by August 2021.

About Covishield and Covaxin Doses and storage temperature

Both the vaccines have to be administered in two doses and are to be stored at 2-8 oC.

It is developed by M/s Cadila Healthcare Ltd. by using DNA platform technology. In India, the firm initiated Phase I/II clinical trial in more than 1000 participants which is still ongoing. The data suggest that the vaccine is safe and immunogenic with three doses when administered intradermally.

The firm also received permission to conduct Phase-III clinical trials in 26,000 Indian participants as recommended by the Subject Expert Committee.

So, now you may have come to know about the Covishield and Covaxin Vaccine.