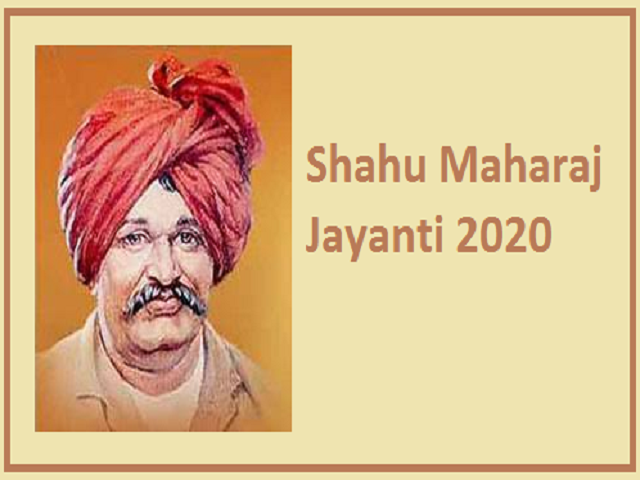 Shahu Maharaj Jayanti 2020: He is also known as Rajarshi Shahu Maharaj of Kolhapur or Chhatrapati Shahu Maharaj. He was a very popular social reformer and Chhatrapati of the state Kolhapur in the 19th century. He was born on 26 June, 1874. His father was Jaisingrao Ghatge or Abasaheb and mother was Radhabai.

There were several kings in the history but he was the king who did not follow the caste discrimination in the poor peoples. He was the only king who brought people closer together considering humanity. He passed away on 6 May, 1922 and his death anniversary was commemorated as Shahu Maharaj Punyatithi.

“Inheritance not came from the father, but inheritance have to achieved by self capability.”

"The well-being of the society means the welfare of myself.”

Shahu Maharaj has been known as "Rajarshi" which also means 'royal saint". In his reign he enacted various laws to eliminate casteism and untouchability. His work made him popular among the public. He also focused on education because he know that to eliminate poverty, superstition and ignorance in the society education is the only tool. He had established India's famous Jaggery market in Kolhapur. He gad also given patronage to various artists, irrespective of caste or religion.