The much-awaited biopic of human-calculator Shakuntala Devi has been released today on Amazon Prime Video worldwide. The trailer of the film 'Shakuntala Devi' was released on July 15, 2020, starring Vidya Balan in the lead role along with Sanya Malhotra, Amit Sadh, and Jisshu Sengupta. 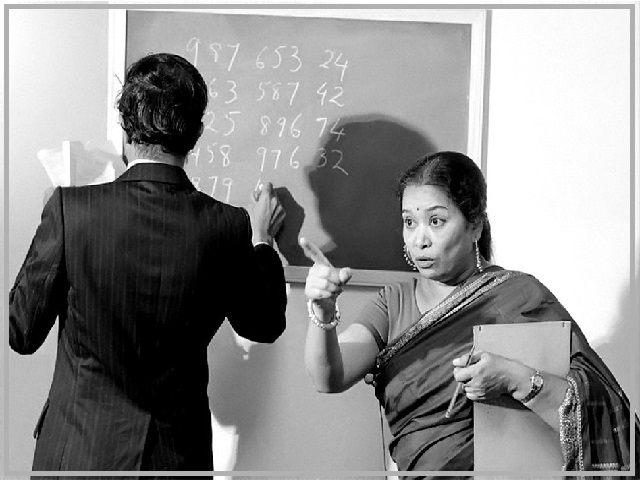 The much-awaited biopic of human-calculator Shakuntala Devi has been released today on Amazon Prime Video worldwide. The extraordinary story of the world-renowned mathematician, Shakuntala Devi, who lived her life on her own terms. The movie pays tribute to the human calculator and also humanizes her as a woman and mother, in trying to capture her indomitable spirit. Told through the lens of her relationship with her daughter Anu, the film highlights their very different struggles and aspirations. IMDb rated Shakuntala Devi with 6.4 stars.

In May 2019, a film on Shakuntala Devi aka Human-Computer was announced, slated to be released in 2020. The trailer of the film 'Shakuntala Devi' was out on July 15, 2020, starring Vidya Balan in the lead role along with Sanya Malhotra, Amit Sadh, and Jisshu Sengupta. The film is co-produced by Sony Pictures Networks Productions and Vikram Malhotra. This film was expected to release by May 8, 2020, but to the unprecedented pandemic, the film will be streamed online on July 31, 2020, on Amazon Prime Video worldwide.

Shakuntala Devi was born on November 4, 1929, in Bangalore, Karnataka. His father joined a circus instead of becoming a priest in the temple and worked as a trapeze artist, lion tamer, tightrope walker, and magician. When Shakuntala was 3 years old, he discovered her ability to memorize the numbers while teaching her a card trick. Soon after this discovery, his father left the circus and walked down the streets with her daughter to display her ability to the rest of the world.

Without receiving any formal education, Shakuntala at the age of 6, demonstrated her arithmetic abilities at the University of Mysore. In the year 1944, she moved to London with her father.

In the 1960s, after returning to India, Shakuntala Devi married an IAS Officer Paritosh Banerji. The couple divorced in the year 1979. The couple has a daughter-- Anupama Banerjee. Shakuntala contested 1980 Lok Sabha elections as an independent candidate from Mumbai South and from Medak. In Medak, she contested against Indira Gandhi and lost the elections. Apart from her arithmetic love, Shakuntla Devi was an astrologer and authored several books.

In 1990, in an academic journal, Jenson published his findings of Shakuntala Devi. He reported that calculations like cube root of 61,629,875 and the seventh root of 170,859,375 were given to her to solve the problem which she solved before Jensen could copy them down in his notebook.

In the year 1977, Shakuntala at the Southern Methodist University gave the 23rd root of a 201-digit number in 5o seconds. The answer 546,372,891 was calculated by the US Bureau of Standards by the UNIVAC 1101 computer. A special program was written to calculate such a large root.

In the year 1977, Shakuntla Devi authored a book on mental calculations-- Figuring: The Joy of Number. The same year, she wrote the first book on homosexuality in India titled 'The World of Homosexuals'. In a documentary titled 'For Straights Only', Shakuntala revealed that she was married to a homosexual man and this shifted her interest in the topic to understand it more closely.

In April 2013, Shakuntala Devi was admitted to a hospital after she complained about respiratory problems. Within two weeks of getting admitted, After getting she suffered from complications of the heart and kidneys. On April 21, 2013, Shakuntala died at the age of 83 years old.

On November 4, 2013, Google Doodle honoured Shakuntala Devi on what would have been her 84th birthday. A biopic named 'Shakuntala Dev' has been released on July 31, 2020, to pay tribute to the human-computer.