Indian society underwent many changes after the British came to India. In the 19th century, certain social practices like female infanticide, child marriage, sati, polygamy and a rigid caste system became more prevalent. In this article, we are giving the details of the Social Policies and Legislation of British Government in India, which is very useful for the competitive examinations like UPSC-prelims, SSC, State Services, NDA, CDS, and Railways etc. 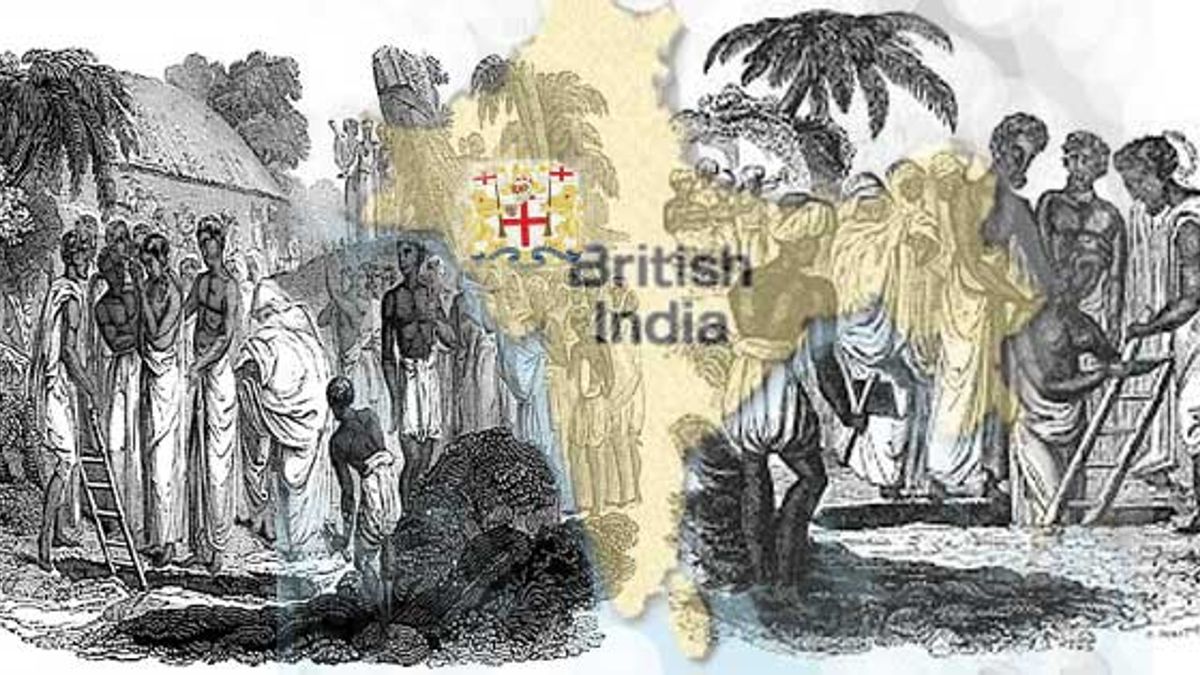 The British East India Company came to dominate India not through political strategy, intrigue and military forces but also through belief in the superiority of their text, literature and education system. In the 19th century, certain social practices like female infanticide, child marriage etc. became more prevalent. These practices were against human dignity and values. When the British came to India, they brought new ideas such as liberty, equality, freedom and human rights appealed to some sections of our society and led to several reform movements in different parts of the country.

The deliberate British policy of non-interference in Indian social and cultural life underwent a significant change after 1813. This was due to the material change in England in the form of Industrial revolution. The changes were as as follows:

1. A number of missionary societies were formed and began to function.

2. The intent of the missionaries had been to locate and scrutinize the Hindu practices and to demolish their implicit social hegemony.

During the 19th and 20th centuries some laws were enacted with the sincere efforts of social reformers, humanists and some British administrators to improve the condition of women in Indian society. Some prevalent social stigmas for women of Indian society which were abolished by the British through legislation are discussed below:

The Bengal Sati Regulation which banned the Sati practice in all jurisdictions of British India was passed on December 4, 1829 by the then Governor-General Lord William Bentinck. The regulation described the practice of Sati as revolting to the feelings of human nature.

It was another social evil of 19th century India. Indian reformers like Keshav Chandra Sen and BM Malabari made effort to eradicate this practice from the Indian society. In 1891, through the enactment of the Age of Consent Act, this was raised to 12 years. In 1930, through the Sharda Act, the minimum age was raised to 14 years. After independence, the limit was raised to 18 years in 1978.

It was another inhumane practice of 19th century India. Some of the major reasons responsible for this practice such as family pride, the fear of not finding a suitable match for the girl child and the hesitation to bend before the prospective in-laws. The practice of killing infant girls prevailed among some Rajput tribes in Banaras, Kutch, Gujarat, Jaipur, and Jodhpur.

Therefore, British enacted laws against this practice in 1795, 1802 and 1804 and then in 1870. However, the practice could not be completely eradicated only through legal measures. Gradually, this inhumane practice came to be done away through education and public opinion.