The Kashi- Tamil Sangamam and the link between Kashi and Tamil Nadu- Let's dig into the history!

The Tenkasi town of Tamil Nadu is known for the famous Kasi Viswanathar temple, but there are many other religious temples and spots in the state to talk about. Let's dig into history and talk about the link between Kashi and Tamil Nadu.

Not many people know this, but there are over hundreds of temples of Lord Shiva in the state of Tamil Nadu that bear the name of Kashi, other than the famous Kasi Viswanathar temple.

Every secret of the past is dug in the legends. To understand what actually happened and what is the link between Kashi and Tamil Nadu, an interesting legend comes to the rescue.

The king ruled over Madurai in the 15th century and visited Kashi to bring a lingam back.

On his journey back, he decided to take a brief rest under a tree.

After the halt, he tried to restart his journey, but the cow that was carrying the lingam refused to move.

Even after efforts when the cow did not move, the king understood this to be Lord Shiva's wish, and thus, he installed the lingam there.

The place where he installed the lingam is called Sivakasi. 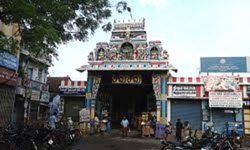 Digging into the history: The link between Kashi and Tamil Nadu

As per Dr. Vinay Kumar of the Department of Ancient Indian History, Culture, and Archaeology, at Banaras Hindu University (BHU), there are robust links between Kashi and the Tamil region.

“Much later, another king, Adhivir Ram Pandyan, after returning from a pilgrimage to Kashi, constructed another Shiva temple in Tenkasi in the 19th century,” said Dr. Kumar.

“Sant Kumara Gurupara from Thoothukudi district had negotiated with the princely state of Kashi to get a place for the consecration of Kedarghat and Vishvesvaralingam in Varanasi. He also composed Kashi Kalambagam, a collection of grammar poems on Kashi,” added Dr. Kumar.

The Kahi Tamil Sangamam runs for over a month and begins in Varanasi on Thursday. The Sangamam will celebrate the multiple aspects of the civilizational and historical links between the country’s North and South.

Around 2,400 people from the state of Tamil Nadu will be taken in groups to Varanasi for a visit that will last 8 days. The excursion will also include trips to Prayagraj and Ayodhya.

“The broader objective is to bring the two knowledge and cultural traditions (of the North and South) closer, create an understanding of our shared heritage and deepen the people-to-people bond between the regions,” says the official note by the Ministry of Education.

A close connection can be drawn with the National Education Policy 2020 which lays its focus on “nurturing a generation that is modern and in sync with the 21st-century mindset while being rooted in the Indian culture and ethos”, as stated by the officials.

IIT-Madras and BHU have joined hands to be the knowledge partners for the event. The Ministries of Tourism, Culture, Textiles, Railways, and Food Processing have become the stakeholders, besides the Varanasi administration and the government of Uttar Pradesh.

Chamu Krishna Shastry, an educationist, and chairman of the Bharatiya Bhasha Samiti under the Ministry of Education that brought forward the Sangamam expressed that since ancient times, no matter how educated a scholar is, higher education by the scholar in Southern India was not considered complete sans the scholar’s visit to Kashi.

When will Kashi-Tamil Sangamam start in 2022?

Kashi-Tamil Sangamam will start on November 17, 2022, and will end at December 16, 2022.
Get the latest General Knowledge and Current Affairs from all over India and world for all competitive exams.