The transport system in India includes Rail transport, Road transport, Air transport, water transport and portal connectivity. India has one of the largest road networks in the world, largest railway system in Asia and second largest in the world. In this article, we are giving a complete summary of the Transport and Communication System in India that will helps the aspirants in the preparations of examinations like UPSC, SSC, State Services, CDS, NDA, Railways etc. 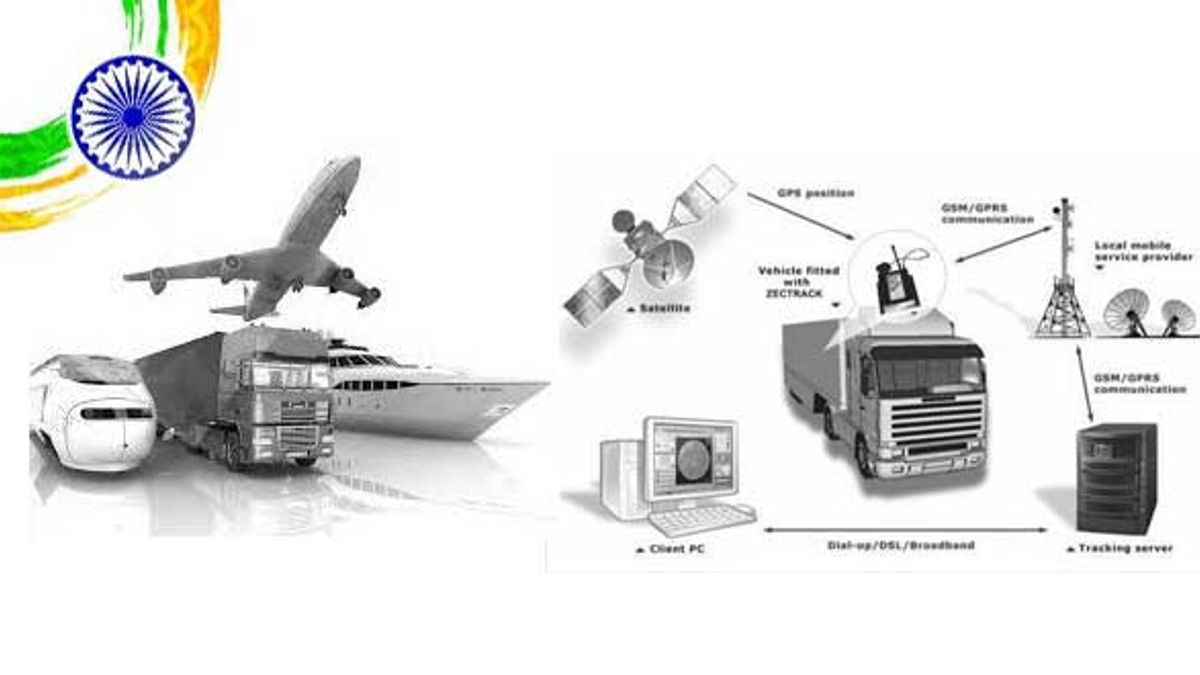 2. The first rail railway line in India was operated for public traffic in 1853, between Bombay (Now Mumbai) to Thane over distance of 34 km and it was nationalised in 1950.

4. The Vivek Express — from Dibrugarh to Kanyakumari — travels 4,273 km, making it the longest-run in terms of total time & distance.

5. The Konkan Railways passes through 3 states of India – Goa, Maharashtra and Karnataka. It runs along the Indian west coast parallel to Arabian Sea and Western Ghats. It is an extremely beautiful and scenic route running from Maharashtra till Karnataka.

6. The Dedicated Freight Corridor Corporation of India Limited (DFCCIL) is a corporation run by the Ministry of Railways (India) to undertake planning & development, mobilisation of financial resources and construction, maintenance and operation of the Dedicated Freight Corridors. It is both enabler and beneficiary of other key Government of India schemes, such as Industrial corridor, Make in India, Start-up India, Stand-up India, Sagarmala, Bharatmala, UDAN-RCS, Digital India, BharatNet and UMANG.

Roads help in connecting far-fetch villages, interior countryside and hill areas which are not connected with railways. It is complimentary to railways. It acts as arteries for goods and passenger arriving at the railway station and often provides last mile connectivity. India’s road network is the third largest in the world.

2. Longest National Highway: NH 44 covers the North-South Corridor of NHDP and it is officially listed as running over 3,745 km (2,327 miles) from Srinagar to Kanyakumari.

3. Shortest national Highway: National Highway 47A has length of 6 km tthat links the Junction with NH 47 at Kundanoor to the Town of Willington Island in Cochin.

The Air transport is the fastest and the costlier mode of transport.

1. It was started in 1911 in India between Allahabad and Naini

Water transport in India is one of the cheapest modes of transportation.

1.  There are six national water ways set-up by Inland water ways Authority of India in 1986.

2. Six National Water Ways: NW1- Allahabad along Ganga River, NW2- Sadiya-Dhubri along Brahmaputra River, NW3- Kottapuram-Kollam, NW4- Bhadrachalam to Rajahmundri and Wazirabad to Vijaywada along Godavri and Krishna River, NW5- Mangalgarhi to Paradeep and Talcher to Dharmara along Mahanadi and Brahmnai River, NW6- Lakhipur to Bhanga along the Brak River.

3. There are 13 major ports and 187 minor ports. Maritime transport comes under the concurrent list of the Constitution, so central shipping ministry administer major and minor ports are administered by the respective coastal states.

1. India's telecommunication network is the second largest in the world by number of telephone users (both fixed and mobile phone).

2. Postal Services, Telegraph services are other important communication system but a telegraph is permanently closed in 2013.

Indian personalities whose postage stamps have been issued in their lifetime

11. Courier services and internet are now predominant communication system in India after telecommunication.