What are T-cells and their role to fight against COVID-19? 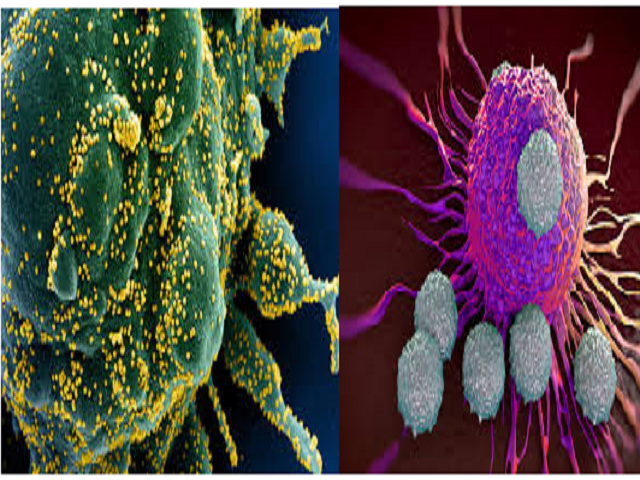 According to Merck Manuals, when functioning properly, the immune system identifies a spread of threats like viruses, bacteria and parasites, and distinguishes them from the body's own healthy tissue.

Before studying in detail about T cells and research, first, let us study about the immune system.

According to the National Library of Medicine (NLM), you are born with innate immunity and it consists of barriers in the body that keep foreign threats out. Innate immunity components are skin, stomach acid, an enzyme found in tears and skin oils, mucus and the cough reflex. Chemical components of innate immunity are interferon and interleukin-1. It is to be noted here that innate immunity is non-specific that is it does not protect against specific threats.

On the other hand, adaptive immunity targets specific threats to the body as per NLM. In such type of immunity, threat must be processed and recognised by the body. Then, the immune system generates antibodies to fight against the threat. When the threat becomes neutral, the adaptive immune system remembers it and in future, it makes the response for the same germ more efficient. Innate immunity is also known as non-specific and adaptive as specific.

If we talk about diversity and customisation of innate immunity then it is limited that is receptors used are standard and only recognise antigen patterns. To adapt the immune response no new receptors are made. On the other hand about adaptive immunity, it is highly diverse that is it can be customised by genetic recombination to recognise epitopes and antigenic determinants.

India’s first coronavirus testing kit: All you need to know about the woman behind it

Now let us study about T cells. It is said that when the body needs a more sophisticated attack, it turns to its T-cells and B-cells. These cells are the special operations of the immune system. Or we can say that they are a line of defense that uses past behaviours and interactions to learn, recognise specific threats, attack them and reappear.

T cell is also known as T lymphocyte a type of leukocyte (White Blood Cell) and is an important part of the immune system. Let us tell you that T cells are one of two types of lymphocytes that is B cells which is the second type that determines the specificity of an immune response to antigens in the body.

Both the cells are produced in the bone marrow and are involved in recognising pathogens and other harmful, foreign materials inside the body like bacteria, viruses, parasites and dead cells.

T cells are generated in the bone marrow and mature in the thymus. Here, T cells multiply and differentiates into helper, regulatory, or cytotoxic T cells or become memory T cells. From there they are sent to peripheral tissues or circulate in the blood or lymphatic system.

When stimulated by an antigen then helper T cells secrete chemical messengers known as cytokines which further stimulates the differentiation of B cells into plasma cells that is antibody-producing cells. Regulatory T cells function is to control the immune reactions and Cytotoxic T cells that are activated by several cytokines bind to and kill cells and cancer cells. Cytotoxic T cells destroy pathogens by phagocytosis.

Now let us study the link of T cells and B cells in fighting against coronavirus.

A study published in a Cell appears to be good news on the immunity front. “Targets of T cell responses to SARS-CoV-2 coronavirus in humans with COVID-19 disease and unexposed individuals”. It highlights that measuring immunity to SARS-CoV-2 is important for understanding COVID-19 and vaccine development. The study suggests that people infected with the coronavirus carry an immune cell that is T cells that help the body to fight with an infection. These cells may help people to recover from COVID-19 but the exact role is still unclear.

Researchers found that T cells that target SARS-CoV-2, the virus that causes COVID-19, in the blood of an individual recovered from a coronavirus infection. Further researchers stated that some people who had never been exposed to the virus also had T cells that could recognise the virus. This finding suggests that previous infections with other coronaviruses like common cold could provide some level of protection against the new coronavirus that is keeping people from developing severe diseases.

But still, it remains unclear that these defenses can protect people from reinfection with SARS-CoV-2 and if it is then for how long. In the study researchers at the La Jolla Institute for Immunology in California took blood from 20 adults who had recovered from COVID-19 and exposed the samples to proteins from the SARS-CoV-2 virus. CD4+ helper T cells are present in all the patients that recognised the virus's spike protein and 70 per cent of them had CD8+ killer T cells that responded to the same protein. That is by using bioinformatics tools, a team of the institute predicted which viral protein pieces would provoke the most powerful T cell responses.

In fact, the La Jolla team tested blood samples collected between 2015 and 2018 when there is no such type of pandemic just to see whether people who were never exposed to SARDS-CoV-2 might nevertheless have some immunity to it. They found that CD4+ T cell response to SARS-CoV-2 in about half of the samples. This is might be due to exposure to other coronaviruses that cause a cold.

There is another study which was led by researchers at Charite University Hospital in Berlin and found that CD4+ T cells recognised the spike protein in blood from 83 per cent of COVID-19 and 34 per cent of healthy people tested. The results suggest that it could be useful in designing vaccines.

Although the study did not clarify that people who are recovered from SARS-CoV-2 infection can ward off the virus in the future but both identified strong T cell response to it which tells about the development of long-term protective immunity.

So now you may have come to know about T cells and the research about the role of T cell in fighting against COVID-19.

What is Plasma Therapy and how it works?